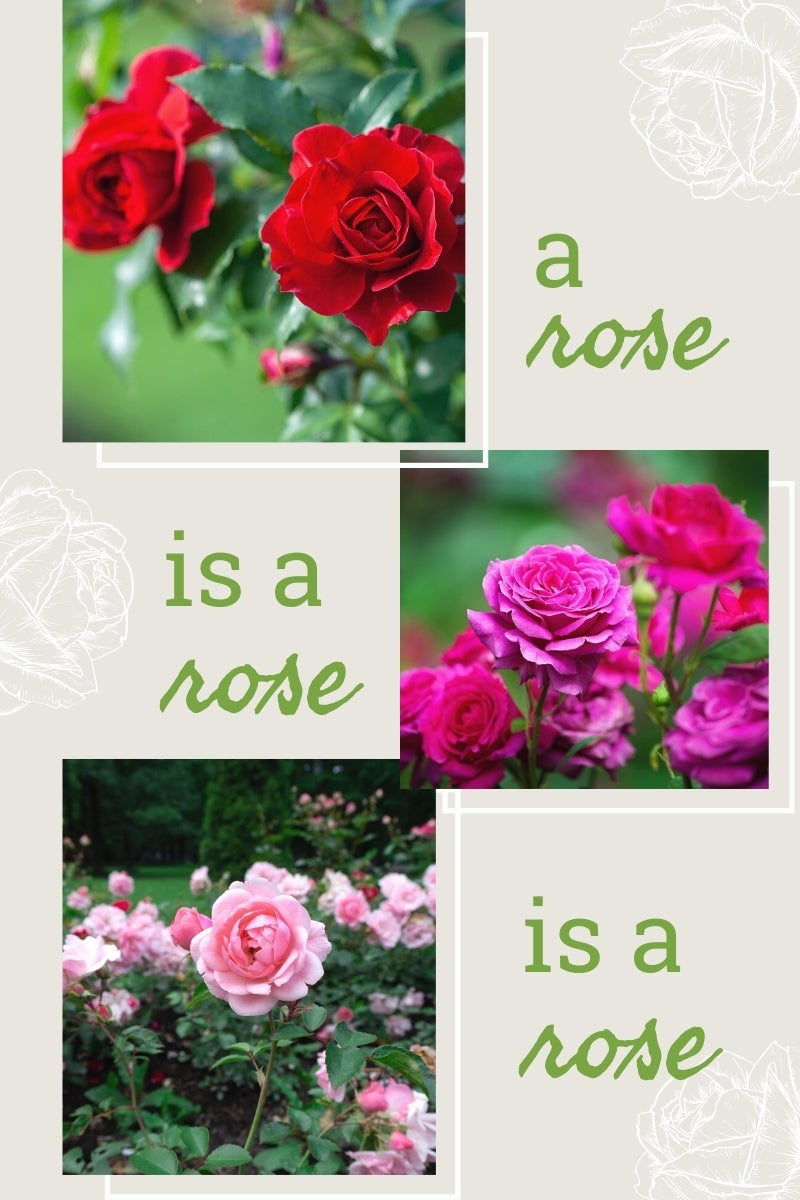 “A rose is a rose is a rose” has oft been quoted since Gertrude Stein wrote it in her 1913 poem “Sacred Emily.” The sentence can be construed (and has been) in a multitude of ways much the way one can look upon the rose itself. However you choose to interpret Ms. Stein’s wording, a rose really is a rose, and I’m not fond of them.

Don’t get me wrong, I don’t hate roses. They are beautiful and smell fantastic for a time, but their brevity combined with those nasty thorns doesn’t make me think favorably of them over all the other blooming perennial options.

My grandmother doted on her rose garden but I didn’t inherit her love for the blooms. I have grown roses before, though, thankfully with some able assistance.

My story begins a million years ago when I managed an apartment building. The building was built as a motel to house those eager to view the wonders of the 1962 World’s Fair in Seattle. The owners of the motel, possibly thinking to swank up the place, lined the walkways with roses: dozens of them.

When I became the manager of the motel turned apartment building, the care of these dowager duchesses passed to me. At the time I was a gardening newbie and certainly had no idea what to do with the roses.

Luckily one of my tenants came to the rescue, or rather demanded that their care be remanded to her. This tenant, Judy, had been living in the building since it was turned into apartments circa ’64, and looked upon the care of the roses as her exclusive province.

Under her oh so prickly tutelage, I learned how to prune and care for the roses… but never to her satisfaction. So it was that Judy became the official rose garden horticulturist.

Fast forward years later in my first official house which had, yep, you guessed it: a rose garden which left a rather bad taste in my mouth. I dug all the roses up and replanted with flowering perennials and annuals of my choosing.

Let it be said however that despite my attempts to eradicate the roses, they reappeared, albeit fewer of them.

What did I glean from this unwanted propagation? Nothing really, except that despite their delicate appearances, roses are tough cookies. You can try to destroy them but they will be back, barbed beauties in perpetuity.