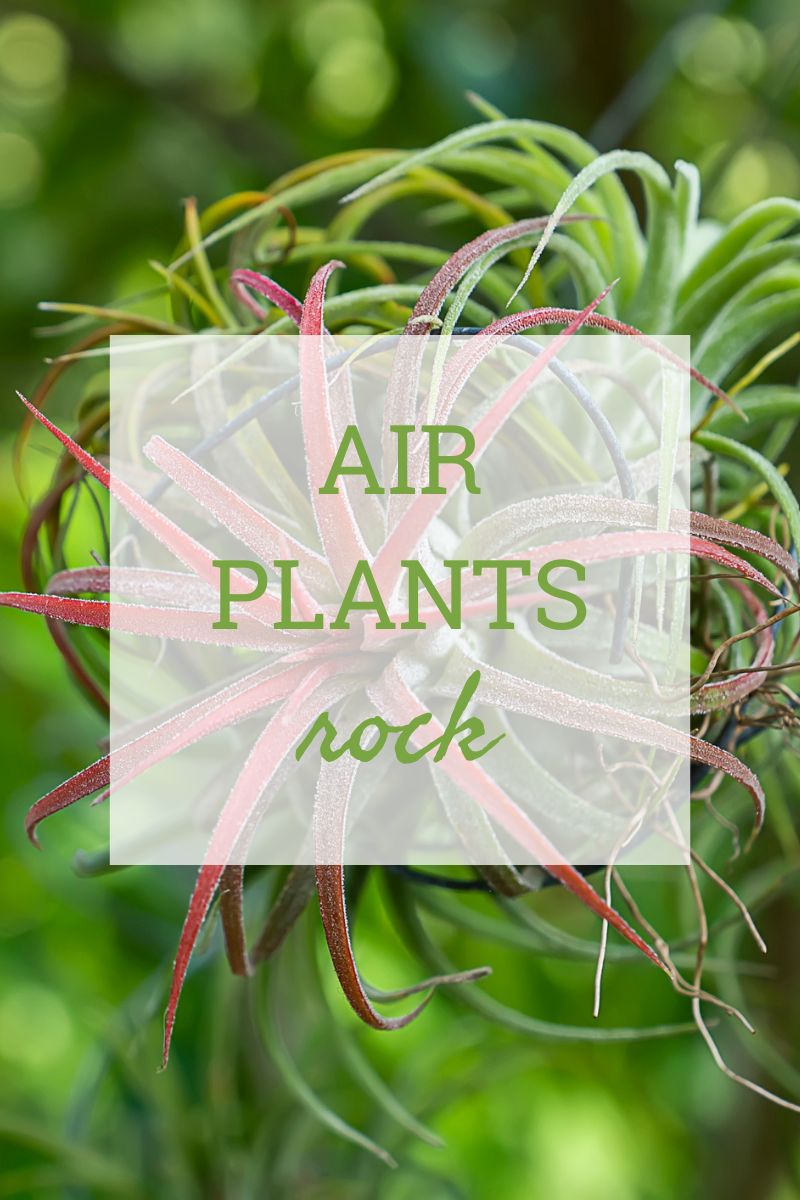 I’m fascinated with odd plants. You know, the kind you won’t find at Home Depot or other standard garden centers. Tillandsia is a plant I discovered decades ago at the plant show in our city. I didn’t purchase one at the time, but I loved the diversity of form, color, and size. The clever way many were enclosed or mounted, gave rise to any imagined scenario. In short, the air plants didn’t leave my mind for years, but it wasn’t until recently that I became a plant mom to a few of the species.

After a bathroom remodel last year, I wanted to bring some life into what was now a fairly austere, although very sanitary, looking restroom. With its white subway tiles, the room was a bit sterile and needed some greenery. I considered ferns and other plants which would enjoy the often steamy atmosphere of our second most used room, but rejected them due to size. I found some suction cup mounted planters which would be fun on the shower walls, but needed a small plant to fill them.

I remembered those air plants I had seen so long ago at the plant convention and set about researching air plant care to see if they would fit the bill. Turns out, Tillandsia need warmth, consistent humidity, and an occasional bath. Since they are epiphytes, they do not grow in soil and can tend to dry out, especially in winter when humidity is low. Other than these needs, the plants seemed to be the low maintenance plants I needed to perk up my bathroom.

There are many online growers featuring a bevy of Tillandsia varieties. I sourced a reputable one and perused the selection, bewildered by the many colors and sizes. It was too hard to choose so I got an entire box of varied species. Once they arrived, I was delighted by the greens, silvers, and even pinks that the plants sported. Some were nearly the size of my fist, while others were tiny, smaller than a silver dollar. The rosette form in each was charming. Armed with the suction cup containers, I gave all the plants a bath in water for an hour and then set them in the hanging cups. It was indeed the perfect touch to brighten the bath. Since I had so many, I gave several away to friends and family, happy to find a plant gift that required minimal care.

Since I have been growing Tillandsia, I have had no issues. All I do is soak them in water once per week. I let the tap water sit out overnight to off gas any toxins and ensure it is room temperature, lest I shock my air plants. That’s it. So far I haven’t had any blooms, which is apparently possible, but the plants have rewarded me with slow growth. Most of my gifted plants are still alive, even the ones I gave to folks with no green thumb and little interest in plant care. These plants were certainly worth the cost and yet give me no drama.

The only downside to growing Tillandsia is kittens. I did lose a few to inquisitive felines when they were young. I guess the spiky, strappy leaves are irresistible and the distance was no problem for springy kittens. Now that the kittens are grown, they are more interested in the catnip plant up high on the mantle. Lucky for the air plants, the fascination has dulled over time and I see a happy future for all of us.