All The Leaves Are Brownâ€¦ 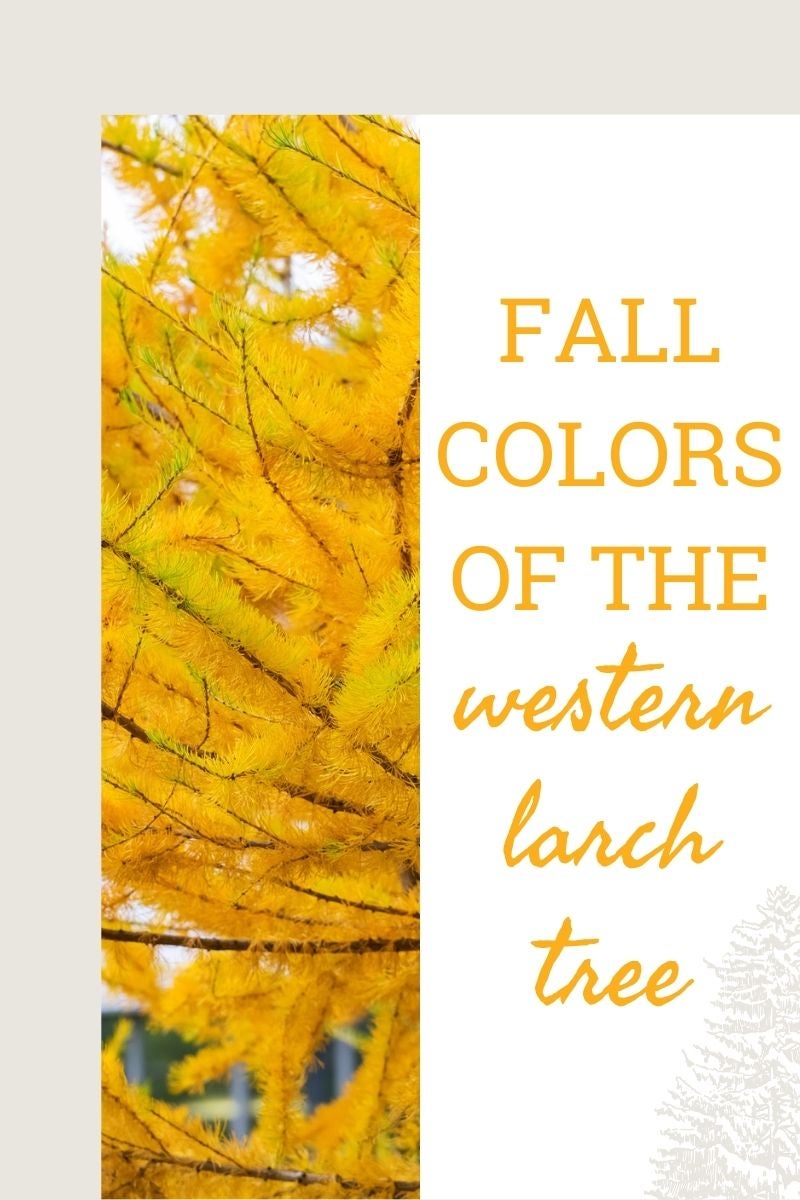 In my region evergreen trees abound, which might make one think that fall is a bust in the color department. You would be wrong. Although the majority of the trees are evergreens such as Ponderosa pine, Douglas fir, and Juniper, one standout conifer is the Western larch.

The brilliant yellow hue makes the Western larch easy to identify and just as obvious in the winter when the tree sheds its needles.

The other special quality about Western larches is that it is fire resistant. Specifically with mature trees, Western larch, like Ponderosa pine, has adapted to survive wildfires with thick bark, up to 6 inches (15.24 cm.) at the base, low resin content and less flammable needles.

Western larch trees shed their lower branches, which also lessens ladder fuels (ergo fire) in the tree top. The higher crowns (branches with needles) start higher up in the tree than other conifers, again, making it more difficult for fire to reach up the tree.

We also have plenty of deciduous black cottonwood in my neck of the woods. These majestic trees can reach heights of 98 to 164 feet (30-50 m.) in fairly short order. They are not drought tolerant and can be found along the river bank in my city and other areas of ready moisture.

Black cottonwood does change color in the fall but is confined to a rather lackluster yellow, not the multiple fall hues found on deciduous trees of the eastern United States. Black cottonwood also is a major contributor to my allergies, which doesn’t make it rate very highly in my book.

I may be making my area sound rather blah in terms of fall color, but there are plenty of non-native trees and shrubs adorning people’s landscapes; that combined with the chill in the air and a pumpkin latte herald fall’s arrival.