All Vegetables Are Ugly Sometimes 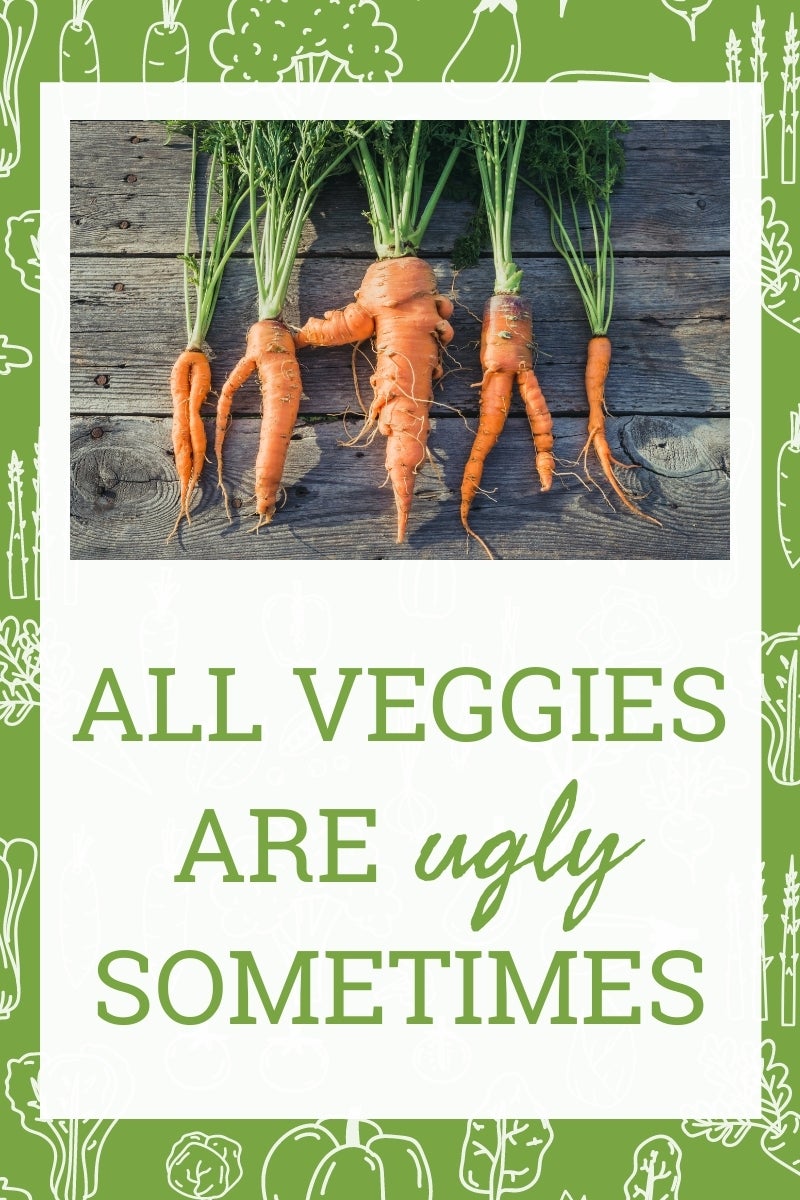 These days I mostly get my produce from a local CSA, but in the past, I grew more ugly vegetables than I can count. Every type of vegetable, it seems to me, has a unique way of growing into a misshapen, weird, just plain ugly specimen. Here are some I noticed over the years.

Anyone who has grown carrots has seen this one. It comes out of the ground with a couple of legs and sometimes several arms. It looks like a creepy doll, but worse is that the carrot is difficult to use. You end up with a bunch of skinny pieces that are impossible to peel.

Have you ever grown an eggplant with a nose? They tend to resemble Richard Nixon. This little extra appendage on an eggplant isn’t that uncommon. If you’re lucky enough to get one with a couple of carefully placed dimples in the skin, you get a real face complete with eyes.

One year I grew a lot of split tomatoes. I’m not talking about cracking, which occurs when there are quick changes in soil moisture. I mean the tomatoes that look like mutants or like a person’s rear end. A little research tells me that there is a name for this: catfacing. Apparently a cool temperature at the time of pollination and early fruit development is the culprit.

A curved cucurbit can look like a range of letter: C, J, U, and even the number 6. A curling cucumber is a phenomenon known as crooking. It’s still good to eat, but for picture perfect, straight cukes, look at your growing conditions. A cucumber that isn’t getting enough nutrients or water may end up crooked.

I have only attempted watermelons once, and several of them ended up looking like oversized pears. The problem, I discovered once it was too late, was poor pollination. The growth at the stem end was minimal because of incomplete pollination. I shouldn’t have left it to the bees, obviously.

Buying up ugly produce that won’t sell at the grocery store has become a trend, but what gardeners know is that it’s easy to grow your own. Start a vegetable garden, and without a doubt, you will end up with some odd, ugly produce.