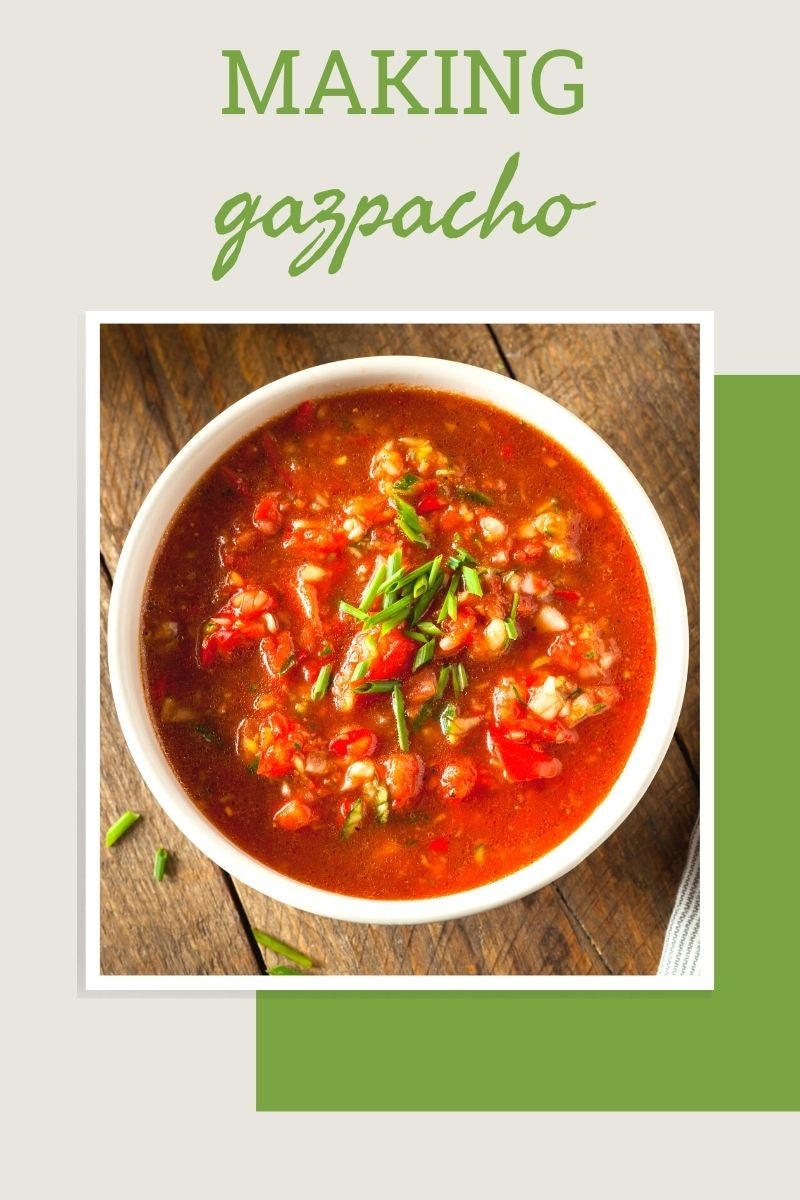 When I first visited Europe, I was a starving student with $300 in my pocket and a Euro-Rail pass. It was one of those life-changing experiences, teaching me independence and the wonder of adventure. Although I landed in Paris, I soon traveled into Spain where I first tasted gazpacho. It evolved into the culinary memory of that trip.

Andalusian gazpacho is a cold soup that is made of raw, blended vegetables and stale bread. I remember the very first time I enjoyed it, a hot summer day in Cordoba. Though it originated in the southern areas of the Iberian Peninsula, it can be found all over Spain today, and Portugal as well.

I remember the coolness of the soup, the complex mix of tastes. It was so incredibly refreshing, it made me think of the drinks of the elves in the Tolkien books. After riding the train for almost 20-hours to arrive in Cordoba, I felt energy returning as I spooned the cool, delicious gazpacho.

Fast forward some 30 years, and here I am with a house in southern France and the other foot planted in San Francisco. That trip to Europe changed me, opened up the world to me. I never doubted that I would ultimately end up living in Europe, and I did.

I still spend about half of the year in San Francisco, where the winters are milder and summer gardens just keep producing from April through October. I grow tomatoes and cucumbers and peppers here, and that’s pretty much what I need to make gazpacho.

Gazpacho has no exact recipe. Everything, from ingredients, varies regionally and between different cooks. The original ingredients included stale bread, garlic and olive oil, but today ripe tomatoes and garden cucumbers are common. Do you have peppers? Toss them in.

The soup is blended and served cold on hot summer days. Of course, San Francisco has very few truly hot summer days, but I still blend up gazpacho on a regular basis every summer. It gives me an infusion of energy and reminds me that Europe is there, waiting for me.