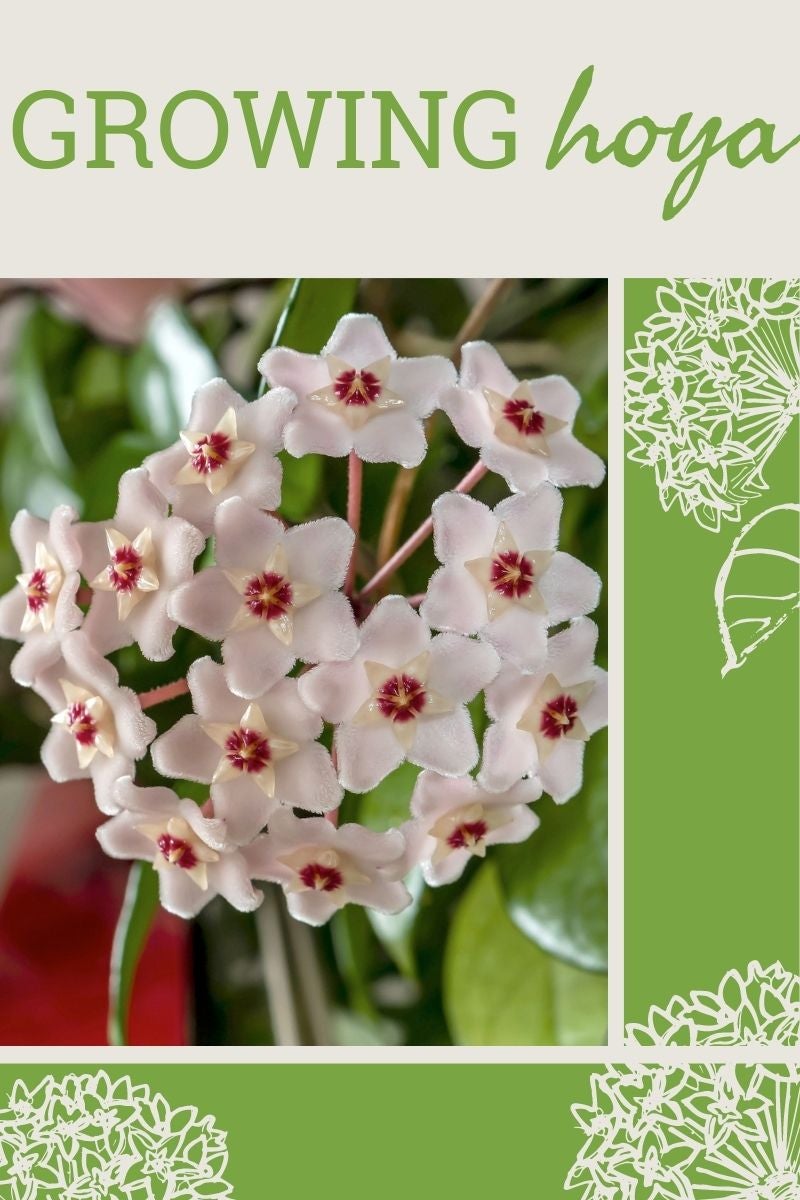 When I was much younger and living in Seattle, there was a store in the U-District called The Sun Shoppe where I would go to drool over all the unusual plants the proprietors stocked. Fast forward light years later and the Sun Shoppe is still in existence, although it has moved to, Freemont, a quirky neighborhood in Seattle.

Over the years, I have gotten several plants from the Sun Shoppe; some survived for a time and some not so much. Each time I would go I’d have to talk myself down and keep the spending to a minimum, given that I might possibly kill the plant.

This store had a slew of carnivorous, air (tillandsia), succulents, cacti and other exotic sun-loving botanicals. And, they had lots of Hoya which I’ve written about before.

I have a lovely Hoya (carnosa), but I didn’t obtain it from the Sun Shoppe. My Hoya is descended from a plant my grandmother owned which wound around the corner eating nook in her kitchen.

Hoya carnosa, aka the porcelain flower or wax plant, is an asclepias species in the dogbane family along with milkweed. Native to Eastern Asia and Australia, my Hoya has waxy leaves and sweetly scented blooms that are so lacking in imperfection they look like they’ve been mechanically stamped out of a sheet of china.

My Hoya is quite large. It sits atop an armoire and gets diffuse yet bright light. The scuttlebutt is that Hoya like to be pot bound. Whether this is true or not I can’t say, but my Hoya has only been repotted a few times in the over quarter century that I’ve had it and it blooms profusely multiple times per year.

Oh, and another reason to like owning a Hoya; studies show that Hoya are excellent indoor pollutant filters. Interestingly the genus name for my Hoya was named for the Greek god of healing, Asclepius.

Of course that’s one study. Another study states that in order for plants of any type to filter VOC’s (Volatile Organic Compounds) from the air of a small room, one would have to have 1000 plants to have the same air cleaning ability as a standard ventilation system. So there’s that.