My Mysterious And Adorable Valentine 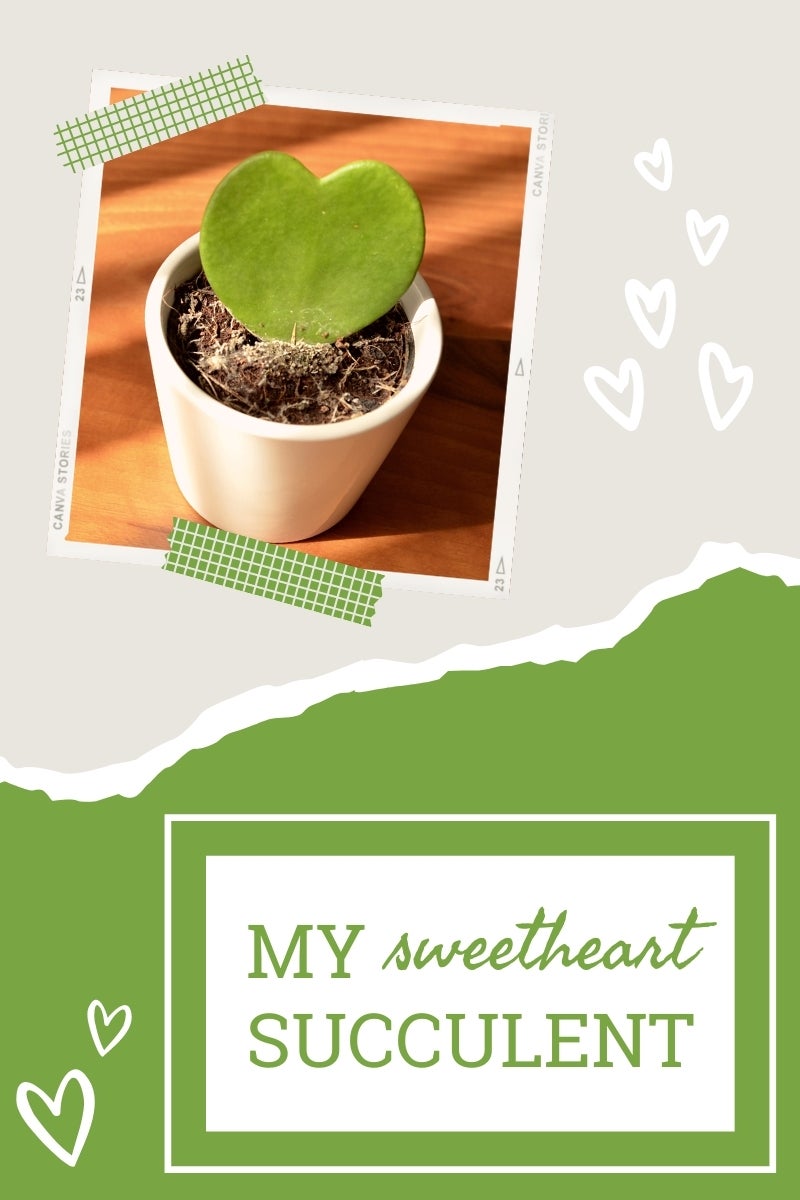 Is the sweetheart succulent actually a succulent? Maybe, maybe not, which is one of its attractions if I am picking a succulent to become. I admire mystery and ambiguity but also would like an eye-catching allure. The Hoya kerrii – with its puffy green leaves — fits the bill.

The first time I lived in the City by the Bay, I was a busy attorney with a brown thumb. I bought fancy houseplants, failed to take care of them and lamented my bad plant karma when they ended up crisp or rotting. But then came my years on a mountainside in France, when my true born-on-Earth-Day-self emerged.

Heading back to San Francisco to get my MFA in fiction some years later, I found an apartment far from downtown. The City had become wildly popular thanks to Google, Facebook and Salesforce, and reasonable rent was hard to find.

I finally settled down in the Outer Richmond, an easy walk from the Pacific where every house had some variety of succulent growing in front.  The minute I turned over soil in the backyard, I understood the popularity of succulents. This was a neighborhood built on what used to be sand dunes.

I quickly learned a lot about succulents, including how easy they are to propagate. A small potted jade plant costs almost $10 at the local garden store, but if I picked up cuttings from the sidewalk when someone finished trimming, the plant would root in days.

Do I have succulents in my backyard? Good heavens yes! They grow quickly, are happy in sandy soil and can be started free from cuttings. Yet the one whose identity I have selected to take on is not a plant I found in the Outer Richmond. The first one I got was a gift on Valentine’s day: a sweetheart succulent.

When my sweetheart succulent arrived, it looked like a fat green cookie shaped like a heart. The heart was standing on its tip in a small pot of soil. I quickly read up about it and found that it grows into long chains of hearts, each one capable of forming an entirely new plant if rooted. The thick green leaves grow on trailing stems that can reach up to 13 ft. (4 m.) long.

These are truly darling plants, and everyone oohs and aahs over my Hoya kerrii when they first see it, then bug me for a cutting. Whether or not true succulents, these plants have puffy leaves that store water and prefer less water and sandy, well-draining soil. Like most succulents, benign neglect works well, watering every couple weeks and leaving them alone in the interim, in a well-lighted spot that isn’t cold or hot. I don’t know about you, but that sounds pretty good to me.