Dandelion, King of the Weeds 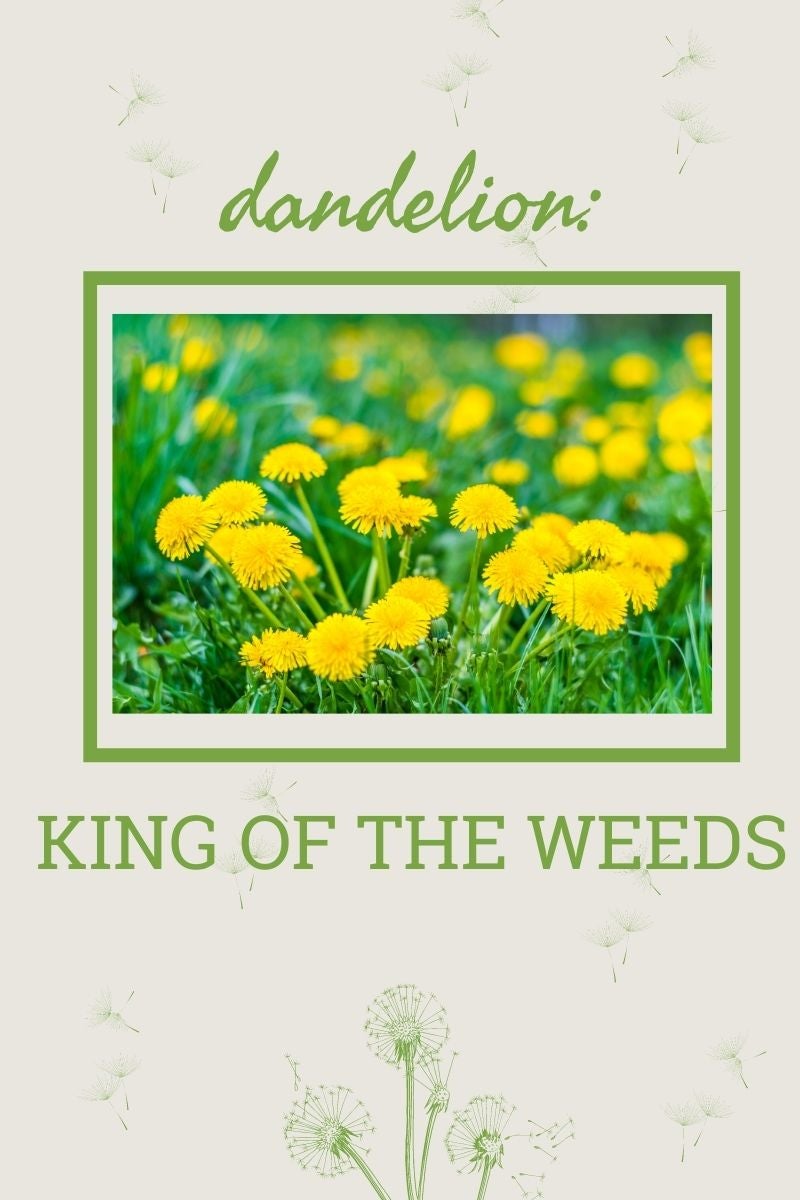 If I could be any weed, I would be the cheerful, useful dandelion. To be honest, I don’t really consider it a weed, or at least far from the worst. I think it’s pretty popping up out of the grass and it’s edible.

Dandelion – Better Than the Worst

My husband and I have never been vigilant about keeping a perfectly green, manicured lawn. It’s not environmentally friendly to do so, and we have a lot of shade that encourages moss over grass in some spots.

We don’t worry too much about dandelions in the grass. They’re cheerful and bright and break up the green, after all. True, the leaves left over after the blooms are spent are not the most attractive, but at least they’re green.

Most of all I like dandelion because it isn’t bindweed. I have one major bed overrun by this insidious weed that resists every attempt to control it. The vines climb up and twist around my daylilies and Hosta plants. At least dandelions stay low to the ground and don’t overtake everything.

Unlike the awful bindweed, dandelions are useful, which might be the main reason I’d choose to be a dandelion out of any other weed. It’s pretty but it also provides nourishment. Not only can you eat it, but it’s good for you.

Dandelion (Taraxacum officinale), the common name comes from the French for tooth of the lion. This describes the toothiness of the leaf edges, although I like to think it refers to the yellow flower that resembles the king of the jungle.

Dandelion leaves and flowers are edible. The leaves are best young and tender. They are packed with vitamins and minerals, as well as antioxidants, and add a bitter bite to salads and cooked greens. You can also eat the flowers cooked, raw, or turn them into tasty dandelion wine. Dry the root and turn it into a tisane for even more nutrition. Every part of this “weed” is edible and good for you.

I like to think I am a supporter of wildlife, so I would also choose the dandelion because it supports local bee populations. They feed on the flowers in spring. Dandelions get a bad rap, but these are my favorite weeds.