What’s That Smell -The Beautiful But Malodorous Skunk Lily 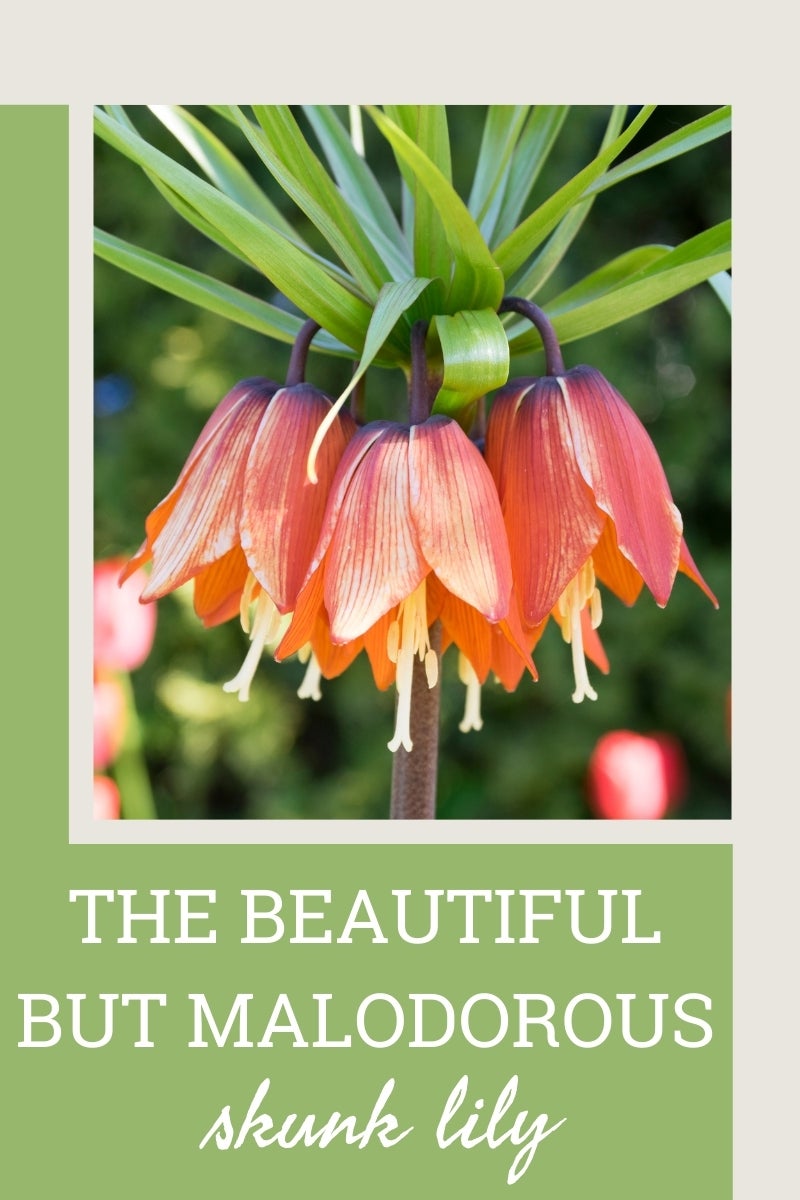 One day at the second house of my first marriage, I was becoming acquainted with the existing flower beds that had obviously predated me by many years. I found an interesting, tall plant topped by a ring of bright orange, bell-shaped flowers.

The plant was strikingly beautiful in a rather kooky way, like something from Dr. Seuss book. Even weirder than the appearance was the smell, especially when I accidentally dug into a bulb — like a putrid combination between skunk, cat poo, and dead fish.

When my dad stopped by later that day, I showed him the flower. He said, “That’s a skunk lily!” I remember thinking about how that name couldn’t be more appropriate, and wondered how such a pretty flower could have such nasty qualities.

At the time, I assumed it was another wildflower that accidentally ended up in my yard. (My dad was a farmer, and soon set me straight on the difference between toadflax and snapdragon). Skunk lily is actually a very desirable plant, just not next to your front door or bedroom window!

I haven’t thought much about that flower all of these years, but when I delved a little further, I learned that “skunk lily” and “stink lily” are alternate names for Fritillaria imperialis. Other common names include crown imperial, imperial fritillary, and Kaiser’s crown.

The “royal” names make sense, because the circle of downward-facing blooms, topped by a tuft of bright green leaves, definitely has a crown-like appearance.

Now, I’m wondering why I nearly forgot about this beautiful plant, and I’m thinking a few skunk lilies would look fantastic in my yard. Not surprisingly, they aren’t bothered by deer, rabbits, or other critters. The bulbs aren’t cheap, but with any luck, two or three would multiply into many more.

During the course of my research, I learned a little about Gentner’s fritillary (Fritillaria gentneri), a related plant native to southwestern Oregon and adjacent areas of northern California. The blooms look less like crowns and more like droopy bells. The deep red to maroon petals are splotched with bright yellow

Sadly, Gentner’s fritillary is endangered due to habitat lost to schools, homes, roads, and logging. People also like to pick the blooms and dig up the bulbs, and the plant is frequently lost to herbicides used to control star thistle. Thankfully, it is protected and carefully managed on private and public land.