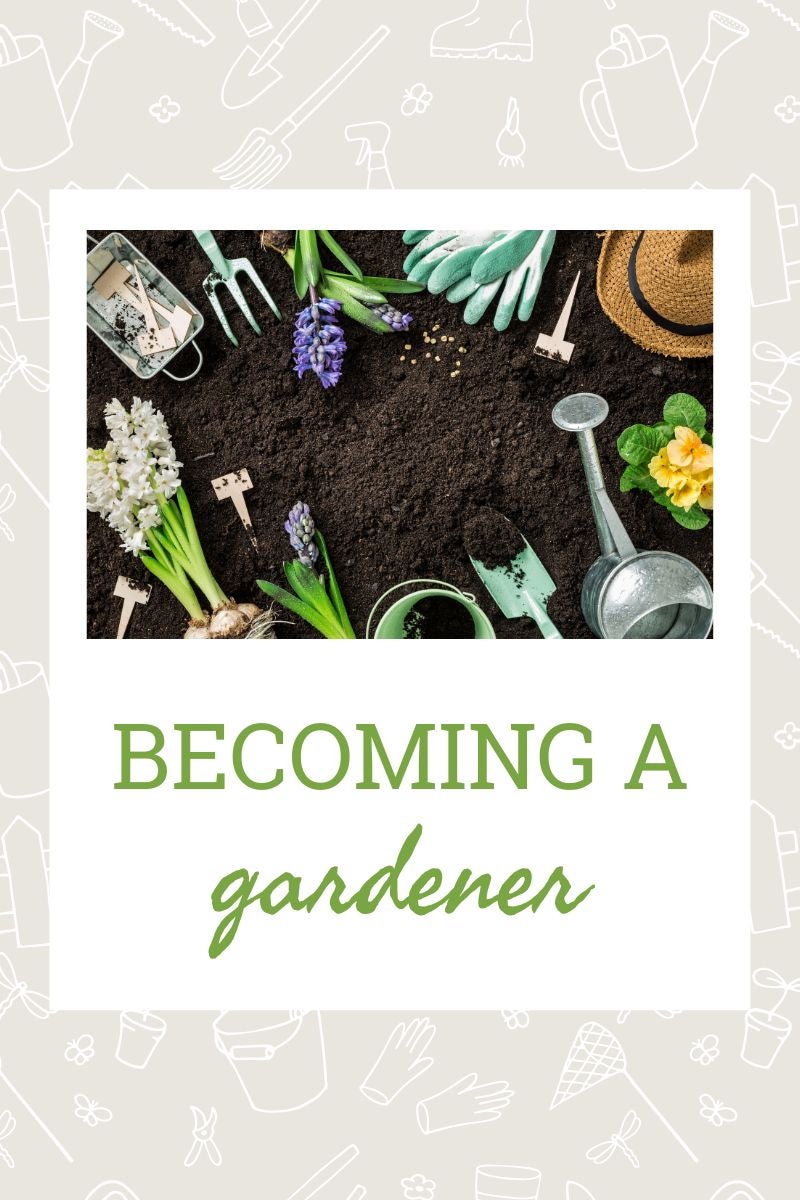 When you get a degree or get married or divorced, it’s easy to pinpoint the date of the event. I “became” a lawyer when I passed the Bar Exam. I “became” a mother when my child was born. But when “becoming” involves the slow, steady, falling in love with an activity, the incremental accumulation of skills and knowledge, it is harder.

When did I become a writer? I was a writer decades before my first novel was published, years before I got my MFA in creative writing. When did I become a gardener? The best answer I can give is that it happened, or started happening, sometime after I moved to France.

Unlike becoming a divorced person or becoming a teacher or lawyer, no official moment indicates when the status is attained. Sure, it’s possible to become a Master Gardener here in California, but, generally, one is a gardener long before signing up for the Master Gardener program.

What is the threshold that you cross to “become” a gardener? It’s got to be more than the awkward planting of a first vegetable garden. It can’t line up with reading an initial article about plants. To me, becoming a gardener is more like becoming an adult than anything else- you know when you weren’t one and you know that you are one now, and the in-between time is the long bridge to becoming.

When I Wasn’t a Gardener

For me, I know that I wasn’t a gardener before I moved to France. That’s because I had no interest in plants. I lived in a third-floor flat in San Francisco’s crowded Haight Ashbury district in a building that had no yard whatsoever. That is, no front yard, no back yard. We even needed an easement from the neighbors for a piece of yard to put our garbage cans.

But even had Flats Waller (the name of the building) been blessed with a yard, I probably wouldn’t have planted anything. I was a trial lawyer, I had my own firm, and I worked day and night the weeks before court. The few houseplants I received as gifts suffered and it didn’t bother me. This last fact established that I wasn’t a gardener.

The watershed of my life occurred when I had a child, sold my flat and started my move to France. I had bought a little stone cottage on a mountain with lots of sloping land and no close neighbors and I began to care about plants. It was partly the expanse of wild nature around me, partly being the mother of a little daughter who asked lots of questions.

Together we put acorns in soil, then flower seeds. Then we planted our first vegetable garden. I began to love my plants and mourn for the houseplants I had killed. All in all, I planted over 200 trees on my land in France.

Sometime in that period, I started reading up about plants, asking neighbors how they dealt with garden issues. I slowly fell in love with the idea of helping plants to thrive. In the middle of this process, at some point, I crossed over to become a gardener. Today, I have no hesitation in taking that title, but when I earned it is another matter.