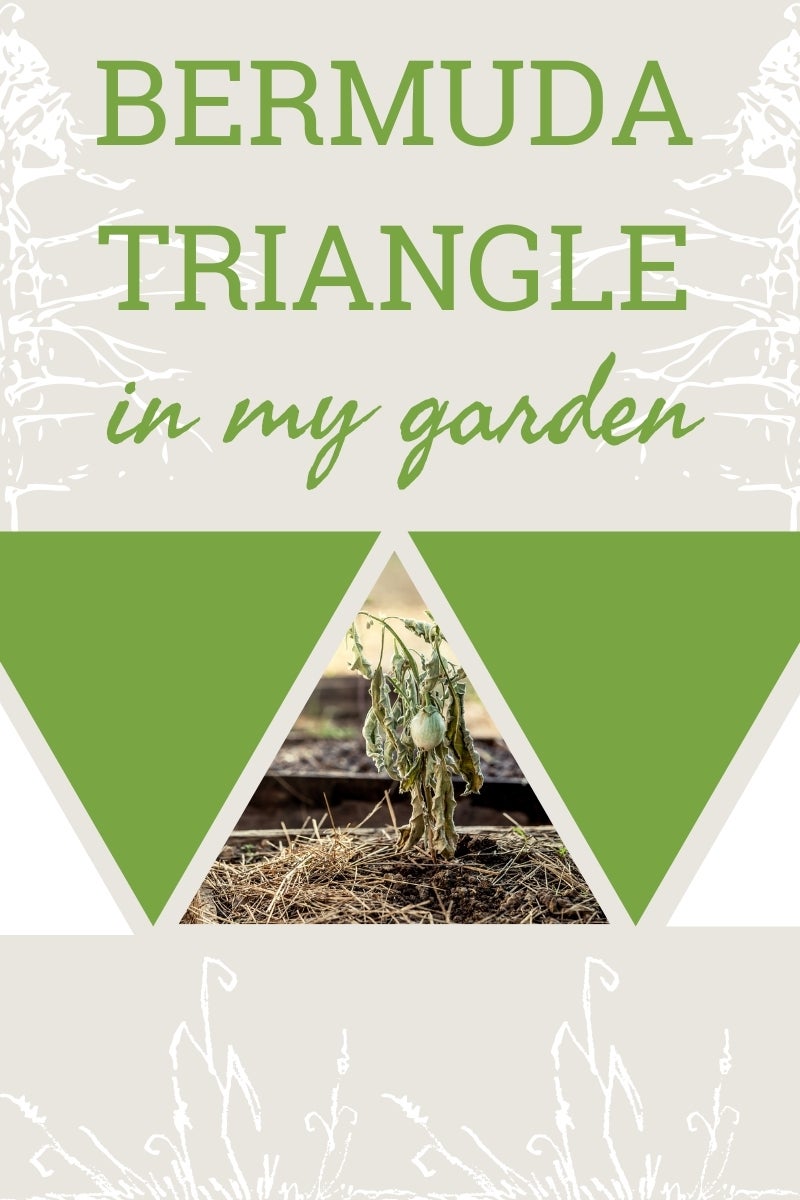 I have an area of my garden that my significant other and I refer to as the Bermuda Triangle. No, tiny ships don’t randomly disappear. But plants do.

When we bought our house a few years ago this area had a chubby, squat, painful barberry bush in it. I immediately hated it and with much swearing we removed it. I then had a nice sized area to plant what I wanted.

The area abutted a chain link fence that delineated our shared driveway”¦ yes we have that rarity, a shared driveway. To gain some modicum of privacy we wanted to plant something that would grow vertically and horizontally, a vine of course. We chose two hardy table grapes, red Canadice and a white Niagara.

We planted the grapes according to the handy dandy information we gleaned from the internet. All went swimmingly for a bit. Both grapes grew and latched on to the chain link. Both grapes continued to flourish that first year.

Death to Plants Who Dare Enter

Then next year disaster struck. Both grapes greened up in the spring until quite literally one day, the Niagara began looking peaked. It was droopy but it was on a functioning drip line, the same line it was on the previous year.

Long story short, we tried a number of things but the Niagara grape died. We thought it was a fluke but didn’t relish the idea of investing in another grape just yet, so I planted some cucumbers hoping to grow vertically and fill in some of that chain link fence.

They died. This time, the plants looked like they had been cut at the stem. Cutworm? So we went out at night to look for the tell-tale C-shaped worms to no avail. If it wasn’t cutworm, what was it?

Neither the cukes nor the grape showed signs of insect munching or any overt signs of disease. Our next thought was a soil test. Nope! Our test came back as neutral, fairly close to a Ph of 7 with no other abnormalities.

I chalked the deaths up to bad garden karma and planted some tall perennial hollyhocks I’d started from seed. I even put new soil in the area. They died.

Three years later we are no closer to solving the mystery of this small plot of garden. Luckily it doesn’t seem to affect any other area of the yard which is thriving.

Could it be something paranormal, mythical, supernatural, or alien? Like the North Atlantic Devil’s Triangle, the mystery of our personal Bermuda Triangle persists.