Birds, Bugs, And A Lawnmower 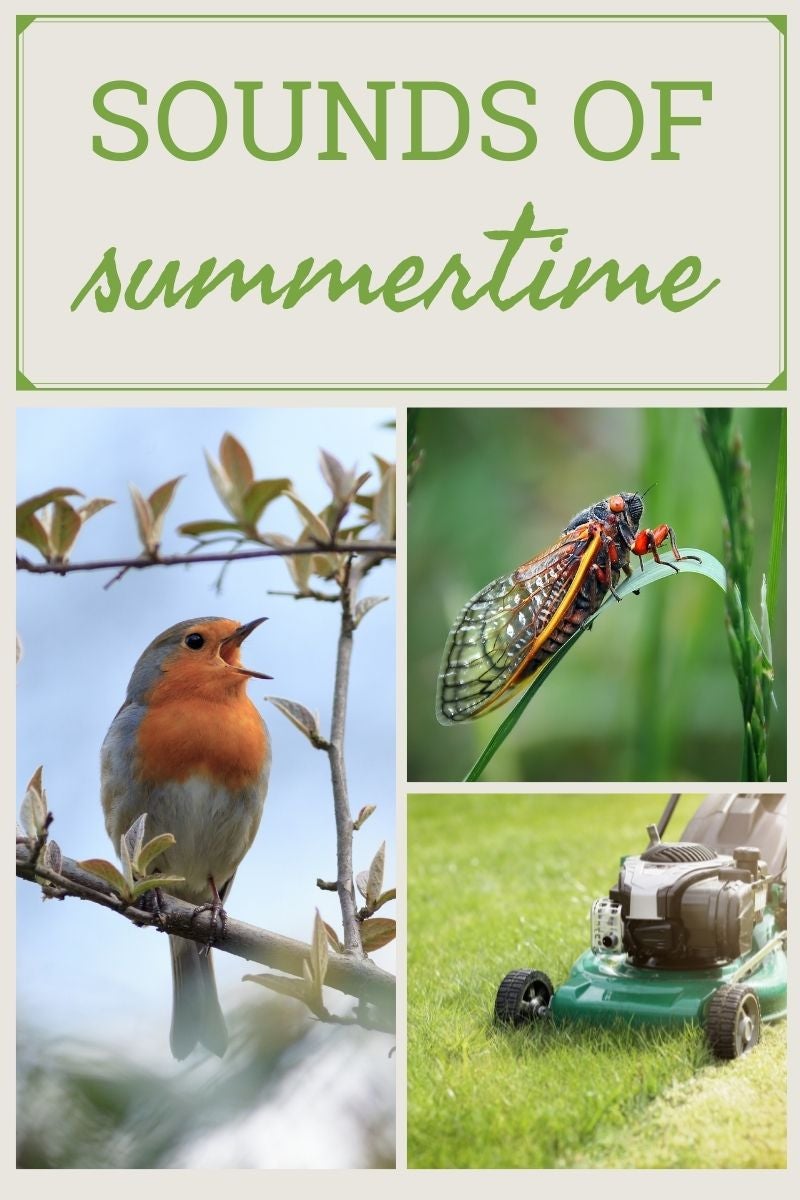 There are so many summer sounds to choose from, including natural and manmade. It’s the noisiest season, with windows open and time spent outside. I hear the kids nearby, yardwork tools, and of course the wildlife. All the senses explode in summer, and I enjoy every bit of it, but I do have some favorites.

This isn’t a controversial choice. Who doesn’t like the sound of singing birds on a summer evening? I live in a suburban neighborhood, but we have a surprising amount of wildlife.

One recent addition to the yard, or at least one I only noticed a few years ago, is a family of Cooper’s hawks. I found a fledgling on the ground that needed a lift back up to a branch, and I was hooked. I watched them all summer, ultimately counting at least six different birds, and listening to their screaming and screeching.

The sound of a hawk isn’t exactly melodious, but the songbirds are also more active in summer. I love the cheerful call of the little chickadees, the sweet, subtle chirp of the tufted titmouse, the loud call of the cardinal, and the bittersweet cooing of the mourning dove. Even the loud, sometimes harsh sound of a blue jay is interesting to hear in the summer because it mimics other birds.

The only time I don’t completely welcome the sounds of birds in summer is as the sun rises before 6 a.m. and I’m trying to sleep in. I prefer hearing their calls on a warm summer evening as the sun goes down.

A little more controversial is the drone and buzz of insects. They come to life in summer, and while many find it annoying, I find the sound comforting. It’s a characteristic sound of my favorite season, of hot days and warm nights.

On a July trip to visit my husband’s family in England, I made a surprising discovery. They don’t have a lot of bugs. Nights with the windows open were depressingly quiet, and I realized I had become used to falling asleep to the sound of buzzing cicadas and chirping crickets.

This one is even more controversial. It’s probably because I just like summer so much and the drone of a lawnmower is a characteristic sound of the season, but I like the sound. I should clarify that it isn’t pleasant when it’s too close, like next door. However, the distant humming sound signifies summer, and I welcome it.

Of all these sounds, it’s really just the birds that I enjoy because of the actual noises they make. The sounds of insects and lawnmowers aren’t inherently enjoyable or musical, but they do two things: signal that it’s summer and remind me of happy childhood summers past.