Blue Blooms On Your Favorite Shrub 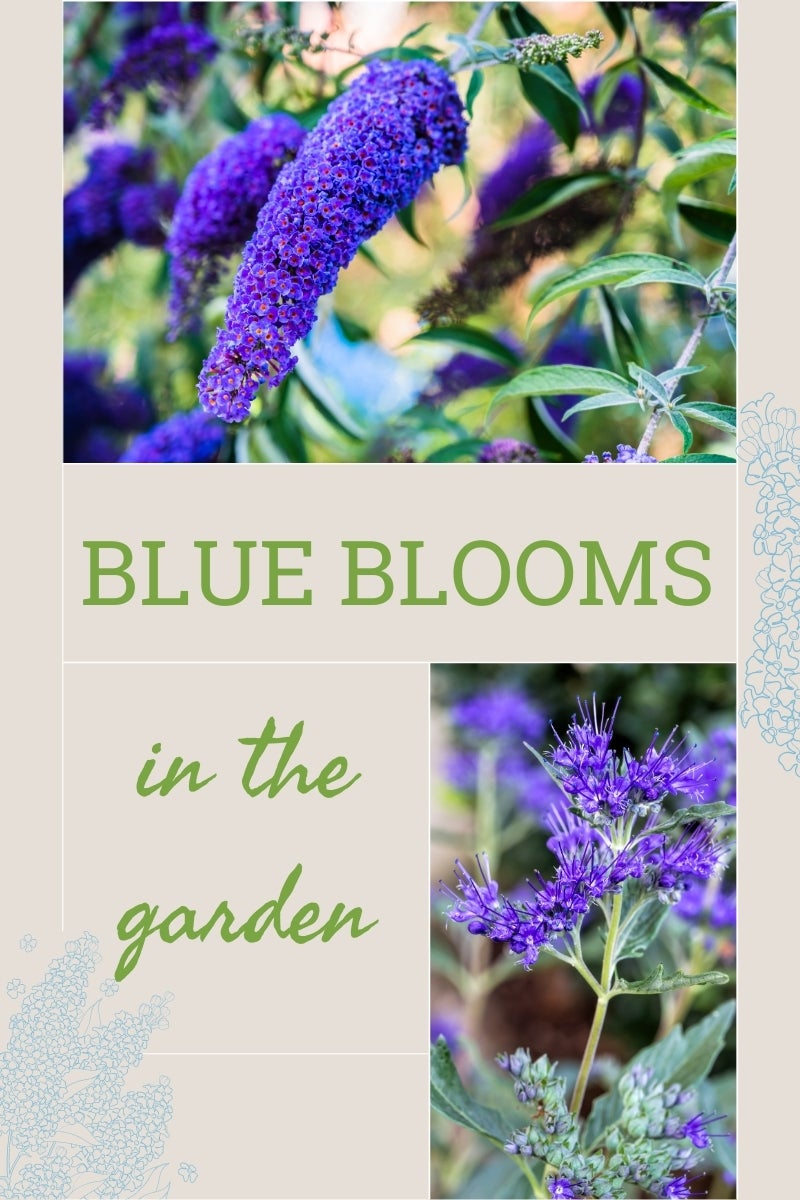 Blue flowers are not something you see in everyone’s landscape. Previously it was somewhat difficult to find plants with blossoms of this color that many people desired for their garden, blue is thought to be calming and cooling. While there have always been a few blue-blooming specimens available, they were limited. Those in more difficult zones were often unable to find blue blooms for a range of seasons.

However, some ambitious and enterprising breeders recognized the need and made it easier to find flowers that sport blue blooms. While blue flowering plants are more readily available now than what was found previously, check the colors closely before purchasing. If you’re a purist, as I am about some things, you’ll find that some flowers claimed as blue are closer to a shade of purple or lavender. That might be close enough, or even just what you want, which is fine. Just be aware this is possible with some types.

More plants with blue flowers are being  sold these days as annuals and perennials. Surprisingly, several shrubs can now be found blooming in blue. Let’s look at some of these interesting conceptions.

Hardy in zones 5 – 9, this recent addition to the ‘The ChiffonÂ® series blooms in late summer through fall. It displays blue blooms on single, elegant stems which may lean toward the lavender shade. Flowers are large with lacy semi-double blooms, often in a shade of pale blue. Growing conditions will sometimes influence the shade of the flowers  and they may vary between cultivars. Try to see blooms ahead of time if color is imperative for your landscape design.

The lacy flower centers set few to no seeds. This is a definite plus for those of us who’ve had to frequently remove cultivars of other colors from the dropping seeds of this shrub, also a Hibiscus Syriacus. Rose of Sharon are treelike shrubs that will grow in poor soil and salty conditions. However, the Blue Chiffon prefers that of organic and fertile soil that drains well yet remains moist.

Of all the shrubs mentioned here, Blue Mist has possibly been a reliable source of blue blooms for the longest timeframe. Crossed between Caryopteris x clandonensis it is also called Blue Beard and continues to be a favorite. This first cross of the two happened accidentally, but several cultivars have since become available. Grand Bleuâ„¢ , a recent French type of the subshrub is said to have some of the best characteristics of all, such as long-lasting blooms and a fresh-appearing compact habit throughout the season of bloom. The soft grayish foliage may be deciduous on some woody cultivars.

One of the latest types of the butterfly bush with true blue blossoms is the “Adonis Blue.” Only a few of the rare blue floral color are found in this shrub category. Others like “Blue Chip”’ (non-invasive) and “Blue Heaven” lean heavily toward the lavender color. “Adonis Blue” was developed by Elizabeth Keep of England, who is well known for her innovations in breeding. One of the English Butterfly Series, this cultivar is a dwarf, reaching about half the size of a typical davidii bush. Blooms are long lasting and fragrant.