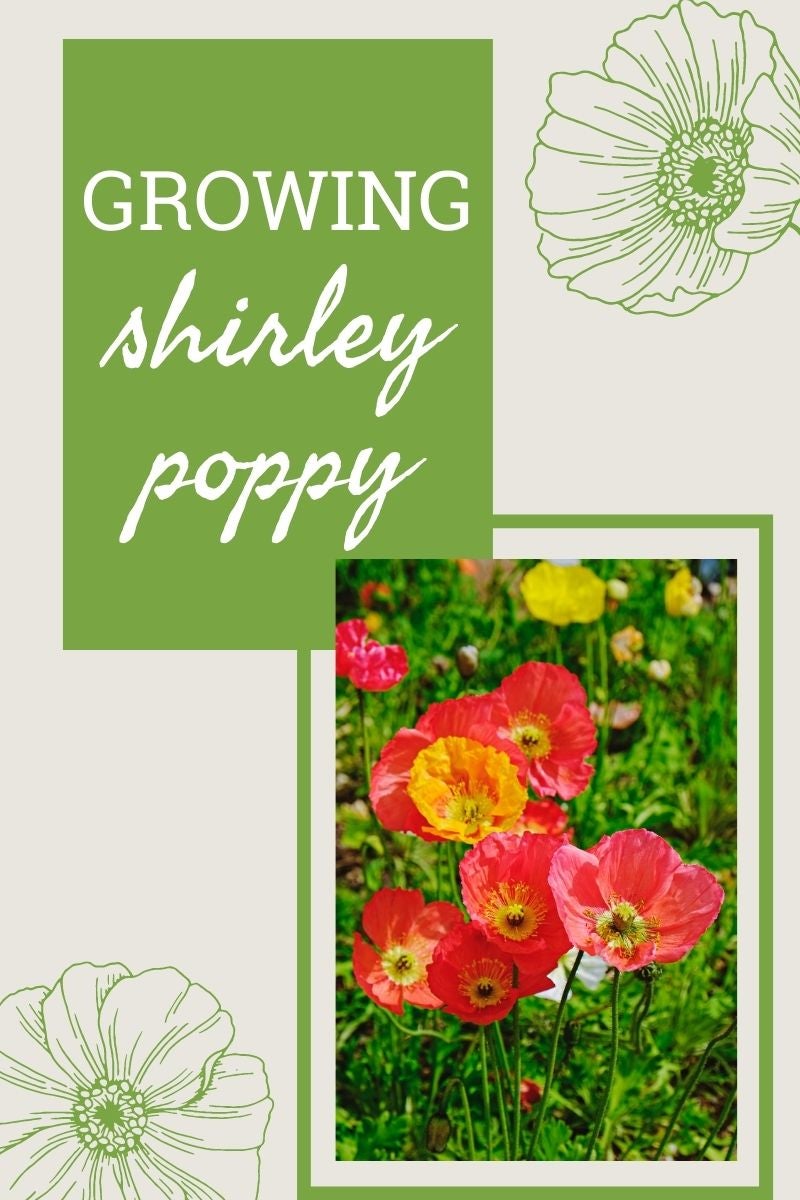 Hardy annual flowers are among my absolute favorites to grow. With their ability to withstand periods of cold and frost, these plants are often the first to begin blooming each spring. As the weather starts to warm, the tiny plants burst into life, eventually flowering before many others have even been planted. One particular type of annual has been especially popular with visitors to the garden: the Shirley poppy.

Also known as Papaver rhoeas, Shirley poppies come in a wide range of both vibrant and muted colors. Delicate, paper-thin petals are highly ornamental, especially when they’re used in mass or naturalized plantings across fields or wildflower meadows. When picked at the correct time, Shirley poppies can also make lasting cut flowers in floral arrangements.

Among the most noted varieties of this type of poppy is the American Legion cultivar, which produces intense red flowers. Historically, these poppies first became popularized by Lieutenant Colonel John McRae’s poem, “In Flanders Fields,” which makes reference to World War I. In more modern times, red poppies still remain symbolic of the sacrifice that many men and women have made and are synonymous with the Memorial Day holiday in the United States.

This easy to grow flower is an ideal choice for ornamental gardeners of all skill levels. Before planting, growers need to consider their climate. As a cool season annual flower, these plants prefer to grow and bloom while temperatures are mild. For those with hot and humid spring and summer weather, direct sowing in fall may produce the best results. Growers in cooler climates can sow the seeds as soon as the soil can be worked in the spring. Many suggest a brief period of cold stratification before planting to improve germination rates.

Though Shirley poppy seeds can be started indoors, it is generally not recommended, as poppies dislike root disturbance. American Legion poppy seeds are most commonly scattered into well-amended flower beds that receive full sun. Surface sowing is recommended, as germination may be reduced when covered with too much soil. When kept moist, germination should occur within one to two weeks of planting. Care for American Legion poppies is minimal, though they will benefit from some deadheading. Gardeners who deadhead the plants regularly will be rewarded with Shirley poppy blooms that will continue until mid-summer.