Bring On The Tomatoes 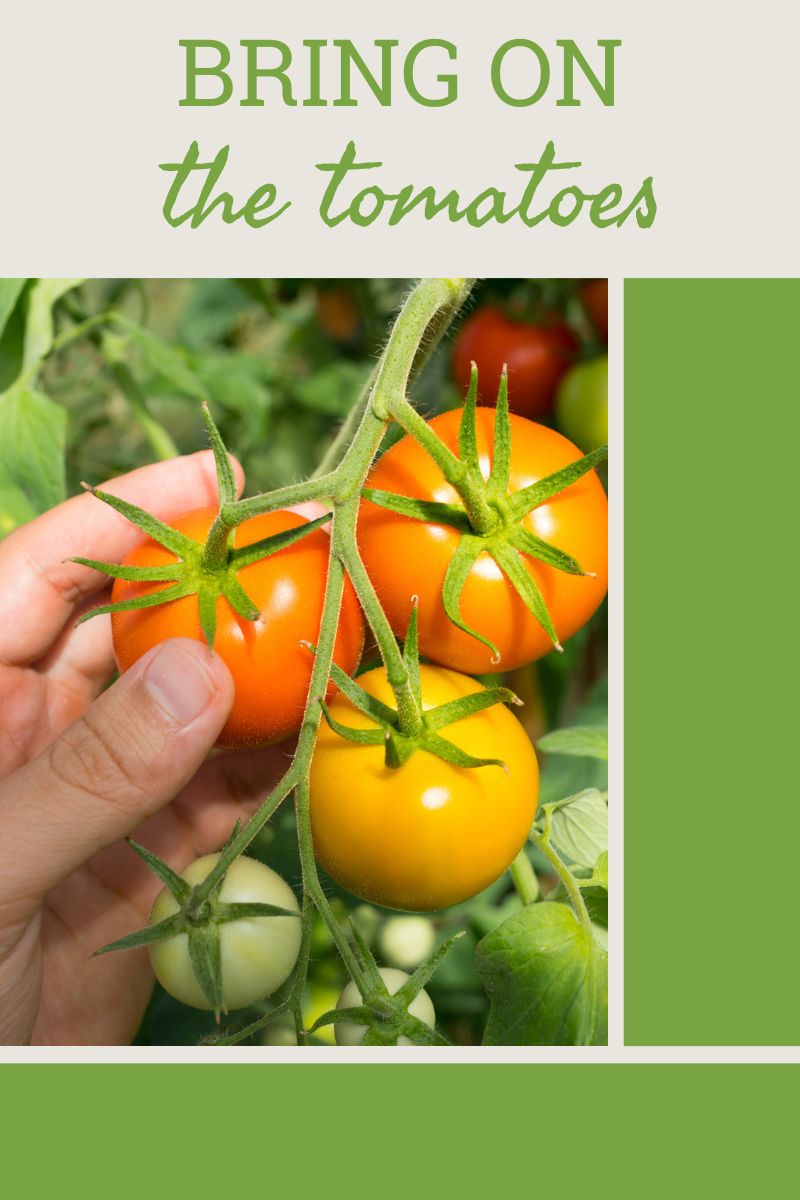 Harvest time can be exciting but it’s not always the same each season. It’s nearly a guarantee in my garden that I will fail to harvest SOMETHING. That being said, I’m sure to reap plenty of tomatoes, for which I’m thankful.

When All Else Fails, Bring on the Tomatoes

Were it not for the tomato harvest, this gardener would likely throw in the trowel as far as growing vegetables! Every year in the garden I’m presented with some type of issue. And it’s always different from season to season, which makes planning for such disasters difficult. Be it weather related, insects or whatever, I just can’t seem to catch a break. One year it was the loss of zucchini to squash bugs. Another time the cucumber plants succumbed to powdery mildew. I’ve had beans to just completely shut down and carrots that looked deformed. Last year the bell peppers were all stunted, and the plants that did grow took off more like vines. Weird, I know.

It’s always something! But there’s at least one plant that always comes through, even with minor issues along the way – my tomato harvest hasn’t failed me yet. Maybe it’s because I plant more of these than is really needed. Regardless of why, at least know that I will have one good producing tomato plant. In fact, there was one year when I nearly fell over when the prettiest, bushiest tomato plant I’ve ever grown failed to produce. It was beautiful one day but when I went to water the tomato plant the following day, the entire plant had been stripped”¦ no leaves, no blooms, no fruit. Nothing but a stick remained with empty stems that once held lush foliage and hopeful fruit. It was devastating.

I was worried hornworms had gotten to it, though none were ever found, and my other tomatoes nearby grew just fine without issue. They also, thankfully, yielded loads of fruit – so much that I couldn’t give it away quick enough. And I’ve had monstrous cherry tomato plants with so many tomatoes I ran out of people to take them. I mean, you can only eat so much, right? My Cherokee Purple rarely lets me down, providing a good harvest nearly every season (knock on wood). Needless to say, I plant tomatoes every year. At least when it’s harvest time, I know I’ll get to eat a juicy tomato sandwich!