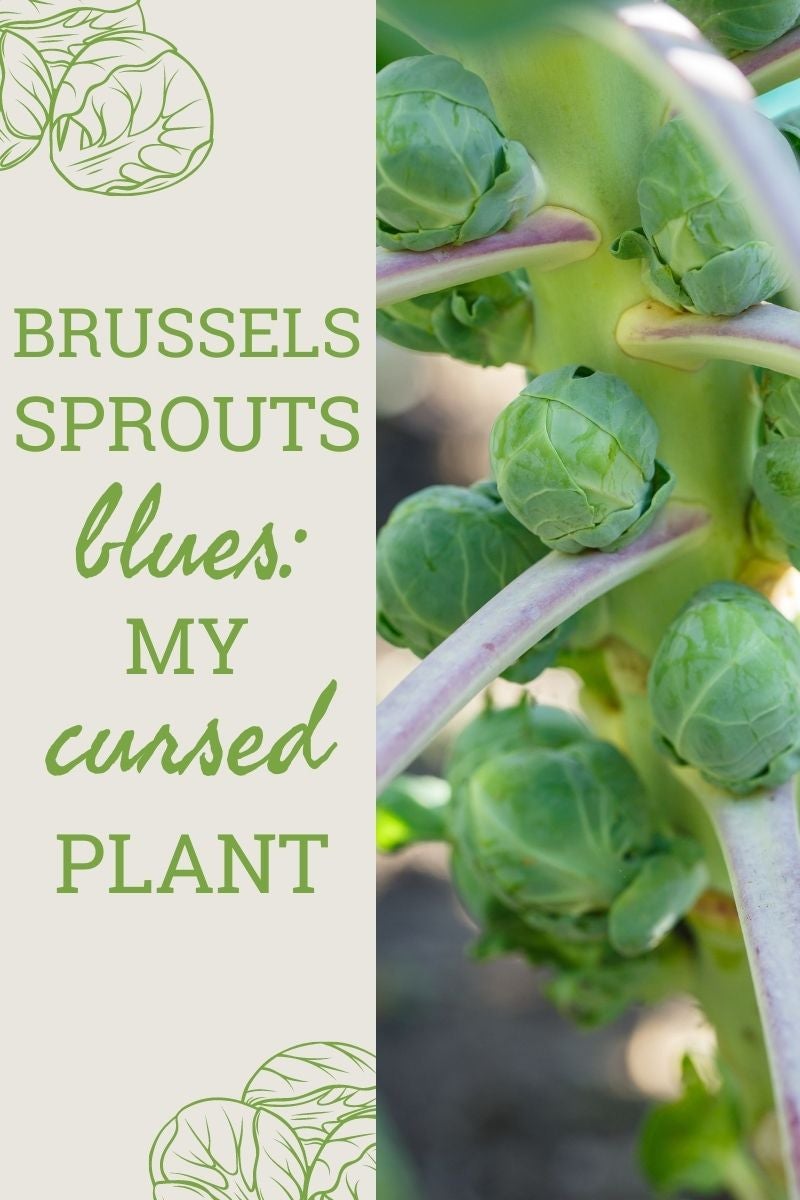 I pick native plants for my garden in San Francisco, but when it comes to the vegetable garden, I select veggies that I like to eat. One of these – in fact, close to the top of the list – is a vegetable hated by many: Brussels sprouts.

I happen to love the powerful taste of these little members of the cabbage family. But can I grow them in the garden? Sadly, my garden seems to have a curse that I call the Brussels sprout blues.

I like to think that my failure with Brussels sprouts in the garden might be the San Francisco climate. We are in U.S. Department of Agriculture plant hardiness zone 10 or 11, depending on who you ask. But I cannot lean on this crutch too much, since the area just south of the Bay Area is one of the prime Brussels sprout growing areas in the state.

That means that I can easily buy a stalk of Brussels sprouts at the weekly Farmers Markets here in town, the thick stalk holding dozens and dozens of the small, oval veggies. But growing them in my own little vegetable patch? Forget it! This gives me a real case of the Brussels sprout blues.

I have tried seeds and I have tried starts, and the result is always the same: sickly plants devoured by garden pests, most prominently, armies of aphids. But I cannot blame the pests entirely. It is just one thing after another. One year I forgot what the plants were, mistook them for cabbage that were not producing and pulled them out in a mad fit of garden-clearing.

But the aphids take a lot of the blame, at least in my eyes. Every garden has some aphids and, since I try to garden organically, I never use toxic sprays. Yet I manage to control aphids on every other plant in the garden with vigilance and sharp sprays of the hose at opportune moments.

However, aphids appear even more devoted to Brussels sprouts than I am. I didn’t notice them at first, just saw the plants declining. Then one day I looked at the underside of the leaves and found them literally paved with aphids, row upon row. It would not have looked very different if they were encrusted with diamonds – although I might not have been so alarmed.

I rushed out and bought a box of ladybugs and released them in the veggie garden that night and they tackled aphids in the roses, the geraniums and the kale. But the armies of aphids in the Brussels sprouts thrived until I ripped them out a few weeks later. Truly a cursed crop for me.