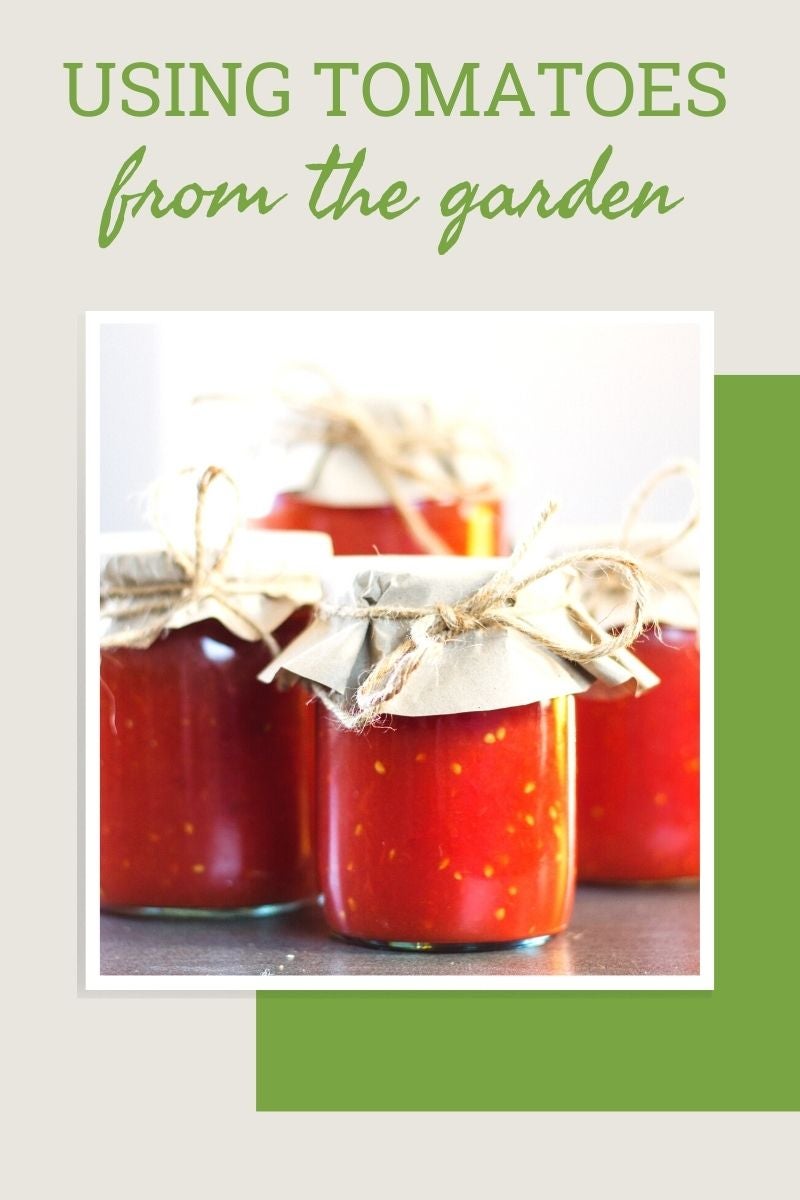 When I think back to my childhood, tomatoes are the one plant that stands out the most. Being of Italian descent, this would make sense. After all, many of our meals centered around homemade spaghetti sauce from garden tomatoes. In her heyday of raising a family, my mother would process and can roughly 100 quarts of tomato puree per year.

Now don’t get me wrong. I LOVE homemade spaghetti sauce from garden tomatoes. But as a child, I HATED the entire process of canning garden tomatoes. This was an all-day event and my mother was sure to round up all of her kids to help.

It would start early in the morning with washing bushels of tomatoes. Although my mother would throw in a few beefsteaks for flavor, the majority were sauce tomatoes. Her favorite paste variety for canning garden tomatoes was San Marzano.

San Marzano tomatoes are considered by many to be the Cadillac of canning tomatoes. They are small and quite flavorful. Did I mention they are small? In the eyes of a child, a smaller tomato meant more fruit per bushel that needs to be washed, wiped dry and cut up. Perhaps this is why, as an adult, I grow the largest paste tomatoes I can find when making homemade garden tomato sauce.

My mother would then cook down the fresh tomatoes until they were primarily liquid. Now bear in mind, this was before my parents had central air conditioning. Admittedly, I never shared my mother’s love of working in the heat. Even in the basement kitchen, the August heat and humidity made canning garden tomatoes wickedly uncomfortable.

How to Can Tomatoes

While the tomatoes were cooking down, us kids were assigned the task of washing, drying and assembling the tomato strainer. By now, our hands were pruned from the soapy water. Any attempts to wipe the sweat from my forehead only resulted in dripping soapy water in my eyes.

The next step in canning homemade tomato puree was straining the liquified tomatoes to remove the seeds and skin. This involved lots of hand cranking and each of us kids took our turn. As we rotated the crank round and round, my mother would carefully pour the steaming liquified tomatoes into the big bowl at the top of the strainer.

We had to be vigilant and ready to move quickly. You see, chunks of tomato had the habit of plopping into the bowl. This would inevitably splash scorching hot droplets of liquified tomatoes in the vicinity of the handle we were turning. Daydreaming was not an option when canning garden tomatoes.

As my mother poured the boiling hot puree into the stained wide-mouth funnel, steam would permeate the work area. The danger of splatters remained and each boiling hot jar would need to be moved in order to make room for the next empty one to be filled. This would continue until none of the tomato puree remained.

As the jars of sauce began to cool, the canning lids would start to pop. Of the entire process of canning homemade tomato puree, this was definitely my favorite part. Not only did it mean the jars had sealed, but it signaled an end to the hot, sweaty work day!