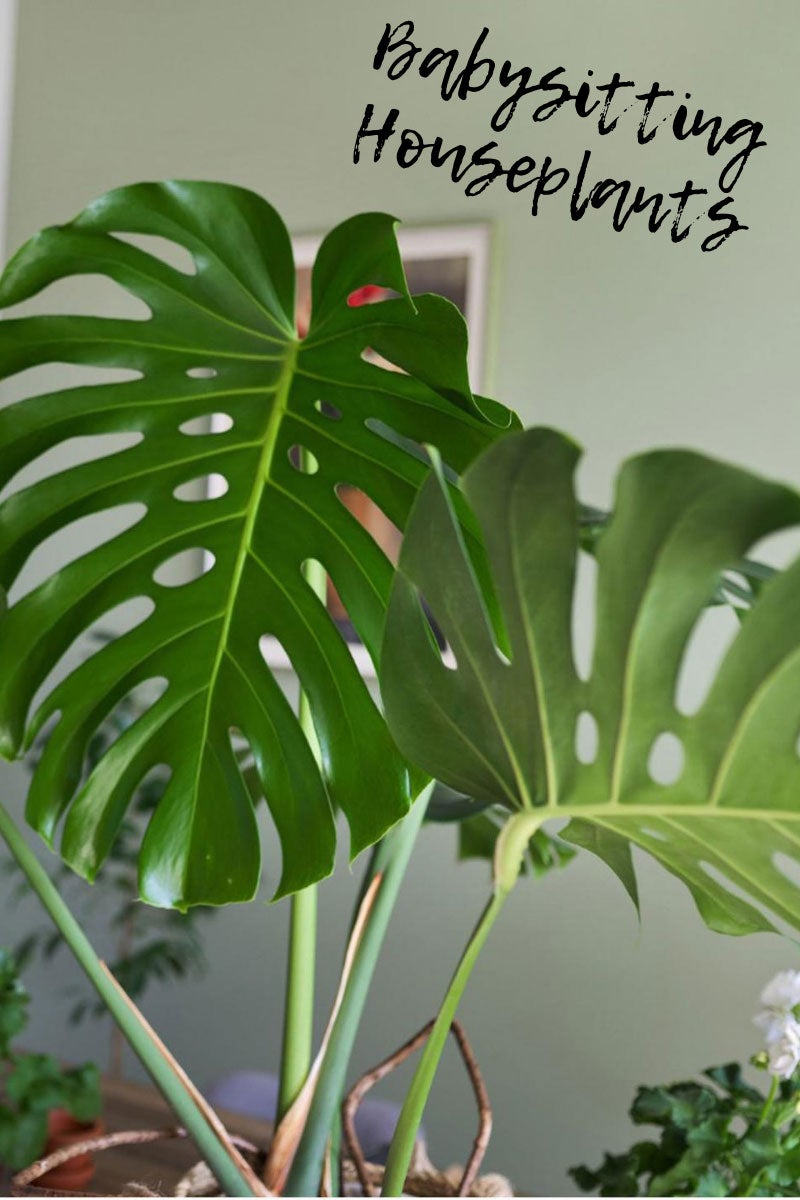 I love houseplants and I have several, but they’re really nothing to write home about, with one exception: my African violets are beautiful. Growing plants inside just comes natural for some people – like my son, who has beautifully huge plants.

Caring for Houseplants – My Own

Caring for houseplants isn’t too difficult. My African violets grow like crazy, and they bloom several times every year. They outgrow the pots rapidly, so I separate and replant them. Soon, I’ll be overrun with African violets.

I also have a few Christmas cactus that I love. I started with one that bloomed reliably when I lived in Portland, where it was in a north-facing window. Now that I’m in Eastern Oregon, I have several, but I don’t have a north-facing window, and other than a few piddly blooms, they refuse to do much of anything except get bigger. They’re pretty even without the blooms, but still, I’d love to see some flowers.

I have several other plants here and there, including two ponytail plants, a cane plant, one umbrella plant (I’m proud of that one), a pothos, and at least one euphorbia. A friend who moved gave me her hoya, which she named Lucy. It’s very pretty.

While all these plants are thriving, they pale in comparison to many others I’ve seen, especially my son’s plants.

Houseplant Sitting for My Son

A few months ago, my son was in transition between houses and was living in a small RV for a while, so I was appointed keeper of his plants. They are huge and beautiful, and I’ve been praying I can keep them alive until he’s ready for them. One of his plants is some type of prayer plant and takes up an entire corner of my office. It’s bigger than my piano, no kidding. I’m trying to propagate it before he takes the plant to his new house. I’m really going to miss that thing.

I’m also taking care of his monstera plant, which is also huge and has been cut down to size several times. It’s in the living room, and almost blocks my view of the TV. (Horrors!). I’ve nearly killed his beautiful Rex begonia several times. My rambunctious pup has knocked off several leaves with his tail, and I’ve forgotten to water it at least once (and couldn’t figure out why it was wilting). It’s still lovely and puts out a lot of blooms, but probably not quite as lovely as it was a few months ago. Hopefully, he’ll rescue it soon.

Another ceiling-height begonia produced a constant show of pink blooms. This one, he decided to donate to the local senior care facility, a good move since I was getting short on places to put his plants. (I took a few starter leaves first though, and they’re doing well – still in the glass of water). His cane plant continues to thrive, as does some type of big, healthy euphorbia.

I’ve grown fond of babysitting houseplants and I’ll miss these plants once they’re gone. Mine are so puny in comparison.