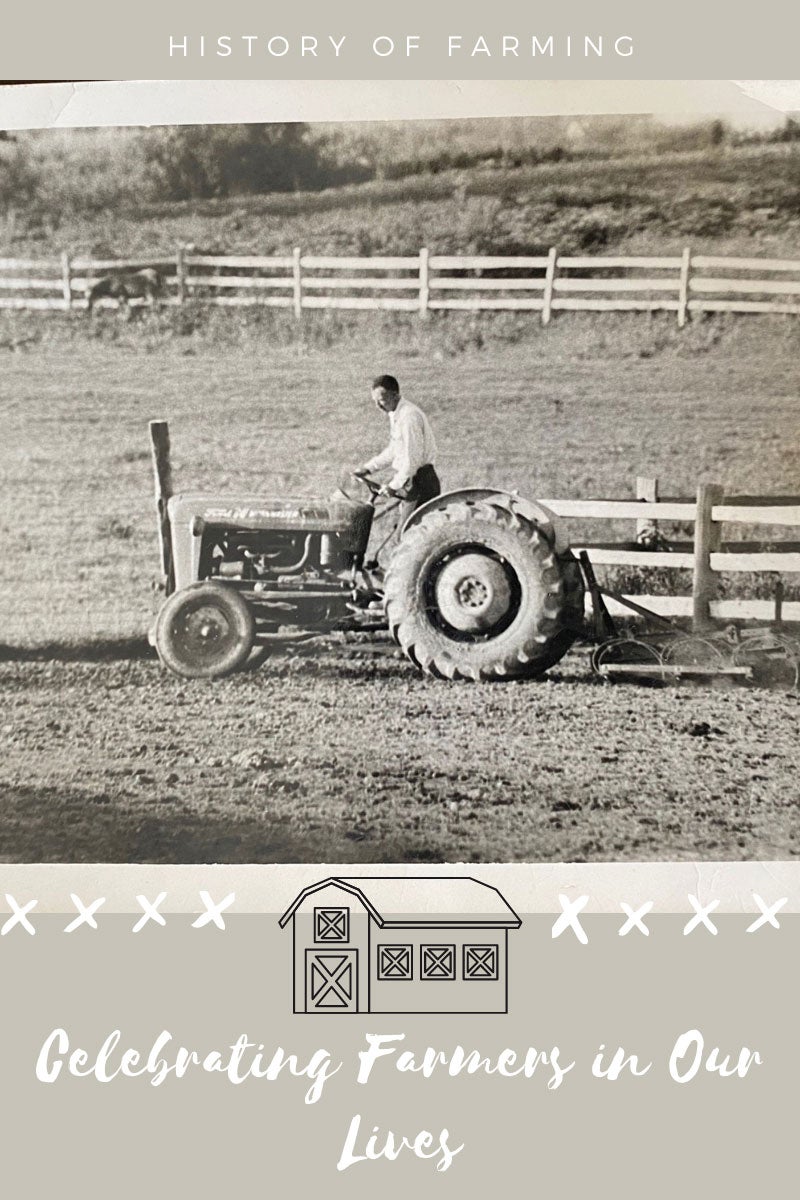 Where would we be in this country without the farmer? Many of us are accustomed to always having the food of our choice, whenever we want it, and we don’t even consider the source. Even the recent pandemic did not limit our food supply in a drastic way. Not every country is so fortunate.

Perhaps, we should take a moment to honor farmers, both past and present. What better time than on Old Farmers Day.

Farming in the U.S. changed with the first English settlers in North America. Contrary to what many people think today, settlers already knew how to farm productively from their experience in Europe. Once they were here, it was about growing crops they learned about from Native Americans, such as maize. This is a multi-colored corn like what we use in our fall displays today. In these early times, the term ‘Indian corn,’ or just corn, covered the entire range of cereal crops grown then.

Today, farming and agriculture is more sophisticated and compartmentalized to include segments such as edibles, ornamentals, and livestock. Farming in the U.S. continues to keep us well-supplied with the necessities and many luxuries of our daily lives.

Farm history is closely connected to our lives. Most of us come from a long lineage of farmers, especially since this was once considered the typical way of life. Do a little research and I bet you’ll find a farmer somewhere in your family history.

My grandpa was an old farmer, so I grew up familiar with the lifestyle. He wasn’t old when he began farming, it was a family tradition for him. Born in 1900, and the oldest of 12 children, he learned early on to guide a mule driven plough across the fields. Feeding a large family was his motivation.

In addition to ploughing, planting, and harvesting farmers of that day raised hogs, chickens, and sometimes cattle. There was a cow for milk, sometimes more than one. Sometimes, goats lived on the farm. Hunting wild animals was a big source of protein. Selling their hides provided cash for store-bought necessities.

Of course, farming in the U.S. started long before the 1900’s but, surprisingly, there weren’t many changes or innovations from the first settlers to grandpa’s day. Tractors and other automotive farm equipment, like threshers, were first introduced in the mid to late 1800’s. These were steam-powered and dangerous to operate. Automotive tractors followed, with peak production in 1951, when 154,000 were built.

Grandpa didn’t buy a tractor until the 1960’s, but he was old school. So were many others, and the use of automated equipment was slow to catch on. Changes in farming started when many farmers began using them in 1920 and the years and decades following.