Choose Your Battles: Even Good Gardeners Have Weeds 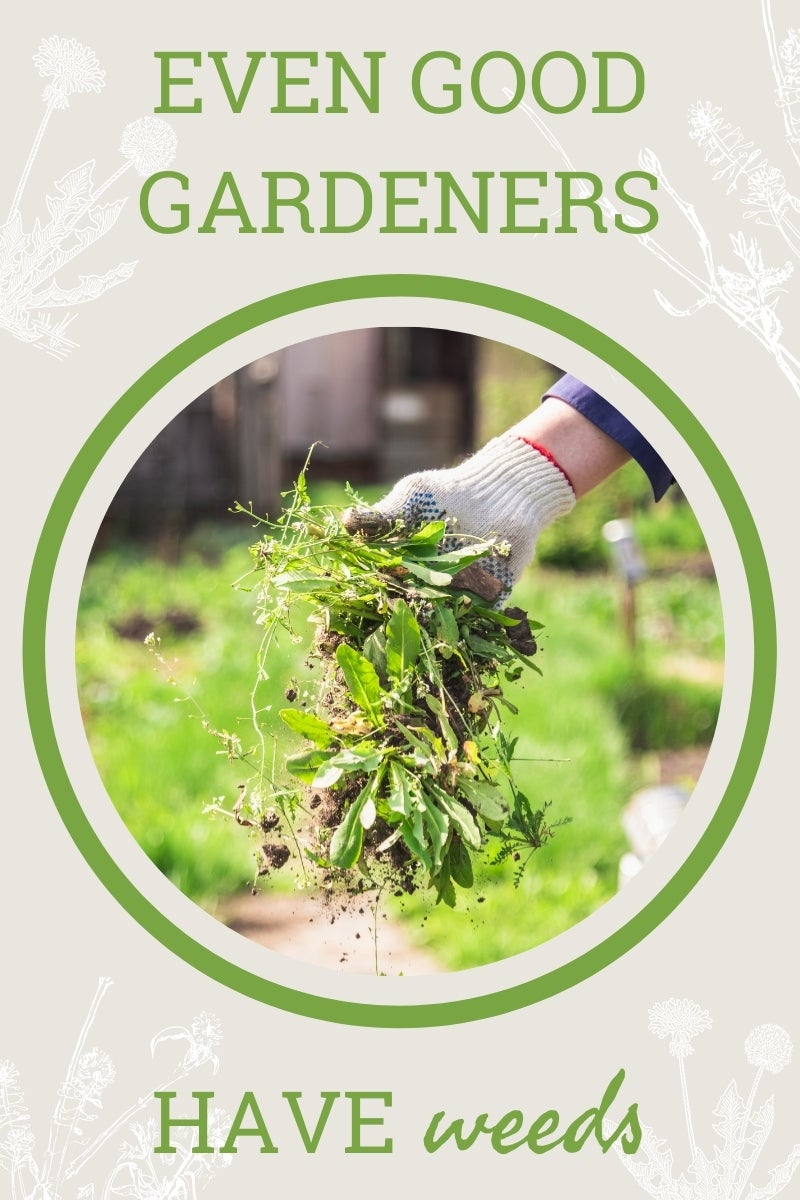 In most gardens, the fight against weeds is relentless. Regardless of the growing technique, it’s no shame that many growers struggle to maintain pristine weed-free growing beds. Technically defined as an undesired plant, some weeds are more troublesome than others. To survive, these plants are quick to spread and reproduce with ease. This combination makes them difficult to control, even more so when we have little time to devote to maintenance.

Though some weeds can overtake the garden, a few unwanted plants aren’t usually worth worrying about – at least I didn’t think so anyway.

Weeds in the Garden

As a beginning gardener, weeds were a factor for which I had given little thought. As the years progressed, I was able to develop a system of weed control that worked well enough for me – weed barrier fabric. The stress of working two jobs left me with little time to pull weeds. I’m certain that the same is true for many other gardeners who juggle between family, daily life and their growing hobby.

My first year at my local community garden was an exciting one. I finally had the extra space to grow all of the flowers I wanted. At the beginning of the season, I carefully laid out my weed barrier fabric and got to planting. By mid-season, the rows were filled with zinnias and sunflowers for cutting. At the ends, some crabgrass and bittercress weeds sprang up. They didn’t interfere with the growth of the plants. In fact, you couldn’t even see them unless you stood directly next to the flower plot.

One day, the garden director visited me while I watered the plants. “It’s a shame all these beautiful plants are growing for someone who’s so lazy they can’t be bothered to weed,” she said as she approached me. I was stunned.

She continued, “Before getting a plot here, you really should have taken the time to learn the basics; this is a joke.” Not knowing how to respond, I nodded, pretending I couldn’t hear over the sound of the hose, and remained quiet. After she walked away, I sat down and watched the butterflies float about my flowers. If the butterflies didn’t care about my weeds, neither did I.

That season, I picked over 50 buckets filled with cut flowers from that “weedy” community garden plot. I was able to donate them to a local organization that arranges flowers for nursing homes. I’m certain that the recipients of those flowers enjoyed them. I have a feeling that none of those people would have cared about my weeds either.

Even good gardeners have weeds now and then. I never returned to that community garden.