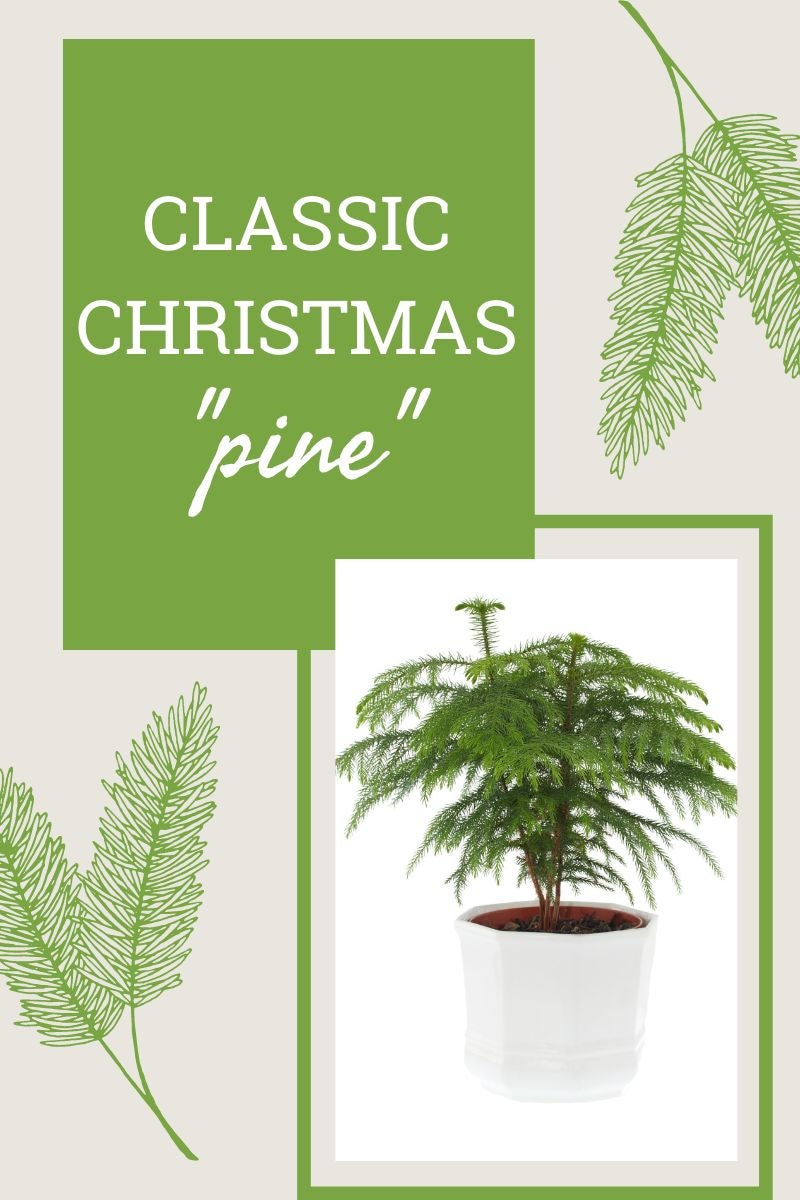 Christmas plants are festive and beautiful, and it’s lots of fun to grow your own instead of buying them at the garden store at Christmas time. So many are tossed away after the holidays that anyone with an interest in rescuing plants can have a field day.

As a confirmed plant rescuer, I’ve saved many a poinsettia tossed out after Christmas by my San Francisco neighbors. My very favorite Christmas rescue plant though is the Norfolk Island pine we found by a garbage can in January a few years back.

Norfolk Island pine trees (Araucaria heterophylla) are not in the pine family at all. They are native to the tropics of Norfolk Island, near Australia, that gives them their name.

In warm zones like USDA zones 10 and 11, Norfolk Island pines can be planted in the landscape and grow slowly into tall, shapely specimens, up to 200 feet (61 m.) tall. They are beloved for their straight trunks and graceful, symmetrical branches adorned with soft, inward-curving needles.

Norfolk Island pines are absolutely adorable when they are young. When several young trees are grouped closely in a pot, they resemble a small, lush, soft-needled pine. These potted specimens are sold in the United States as living Christmas trees. Sadly, they are often tossed out after the holidays.

I happen to have found one of these discarded potted Christmas trees that had been left on the sidewalk with the garbage in early January one year. We brought it home and gave it water, then let it sit in a bright corner of the garden to see what happened. In short— it thrived.

This little Norfolk Island pine became a living Christmas tree that I have used year after year. I left it as it came for a few years, then made the difficult decision to remove all of the little trees other than the principal one. I tried to save them by potting them up separately, but they died.

Once the side seedlings were removed, the tree no longer resembled the perfect potted Christmas tree. It looked much more like something you would plant in the yard than a lush ornament. Over time, the lower branches took the place of those removed. Today it still holds a place of honor in the festivities every holiday.