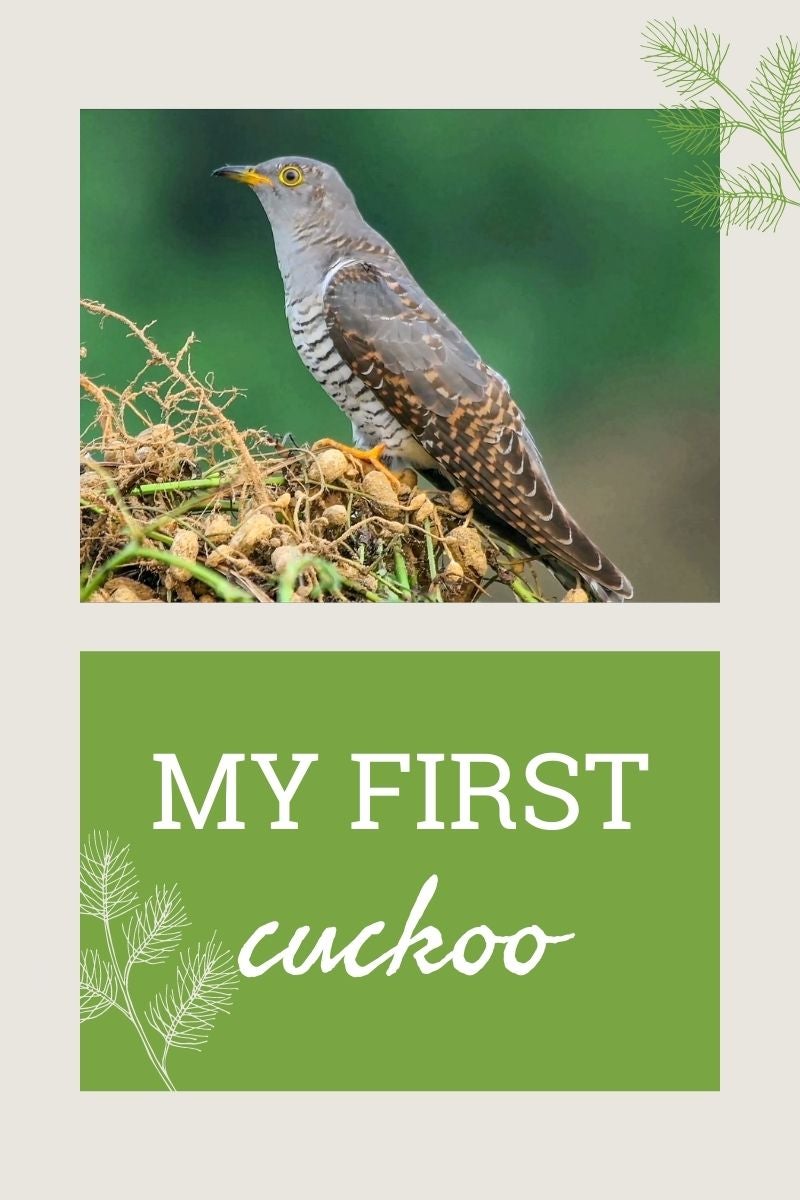 Spring is a season of hope, as daffodils push through the cold soil and the forsythias put out their yellow blooms. The blood quickens, dreams reappear out of the waning darkness of winter, reappear and seem possible.

But to me, the true harbinger of spring is neither sights nor dreams. It is a sound, a repeated sound that I remember not just from the prior spring, but from the spring of my life, the call of the cuckoo.

When I was a child in central Alaska, my mom was given a wooden cuckoo clock by some friends who had traveled to Europe. She hung it proudly on the wall. The little door opened and the bird popped out every hour on the hour, chirping the same song: coo-coo, coo-coo.

There are no cuckoos in central Alaska, but that cuckoo clock was a part of every day of my young life. The first cuckoo. Little was I to know that, one day, I would wait for the same call to signal the beginning of spring.

The first time I heard a cuckoo in France, I glanced around for a cuckoo clock. It reminded me powerfully of the cuckoo clock, the coo-coo call, except that it echoed across the valley.

This was the famous bird of Europe that cuckoo clocks around the world are modeled after. The sound of the bird’s call is the same as the clock, but different. The clocks’ coo-coos were always identical. With the bird, each call is distinct, some coo-coos longer and drawn out, some shorter, some deeper.

Cuckoos are slender birds that have played an important role in human culture for decades. In Europe they are associated with spring because they are migratory and return in spring. Their calls signal the end of winter. But that’s not the only association.

In Greek mythology, cuckoos are sacred to the goddess Hera, wife of Zeus. generally medium-sized slender birds. In India, they are sacred to Kamadeva, the god of desire. In Japan, they are related to unrequited love.

To me, the call of the cuckoo signals the beginning of spring. But it is also a ribbon that wraps the pieces of my life together. It was sitting in the house in central Alaska that, listening to the cuckoo clock sound the hours, I resolved I would live in France one day. And now, I listen for the coo-coo in March, splitting open the winter sky to let spring move in.

And because of that association, the cuckoo represents the possibility of cherishing dreams and realizing them, the fact that change is possible, that where one is at the moment is never the only possibility. That’s what spring means to me too: new beginnings, clean slates, another chance at the run for the roses.