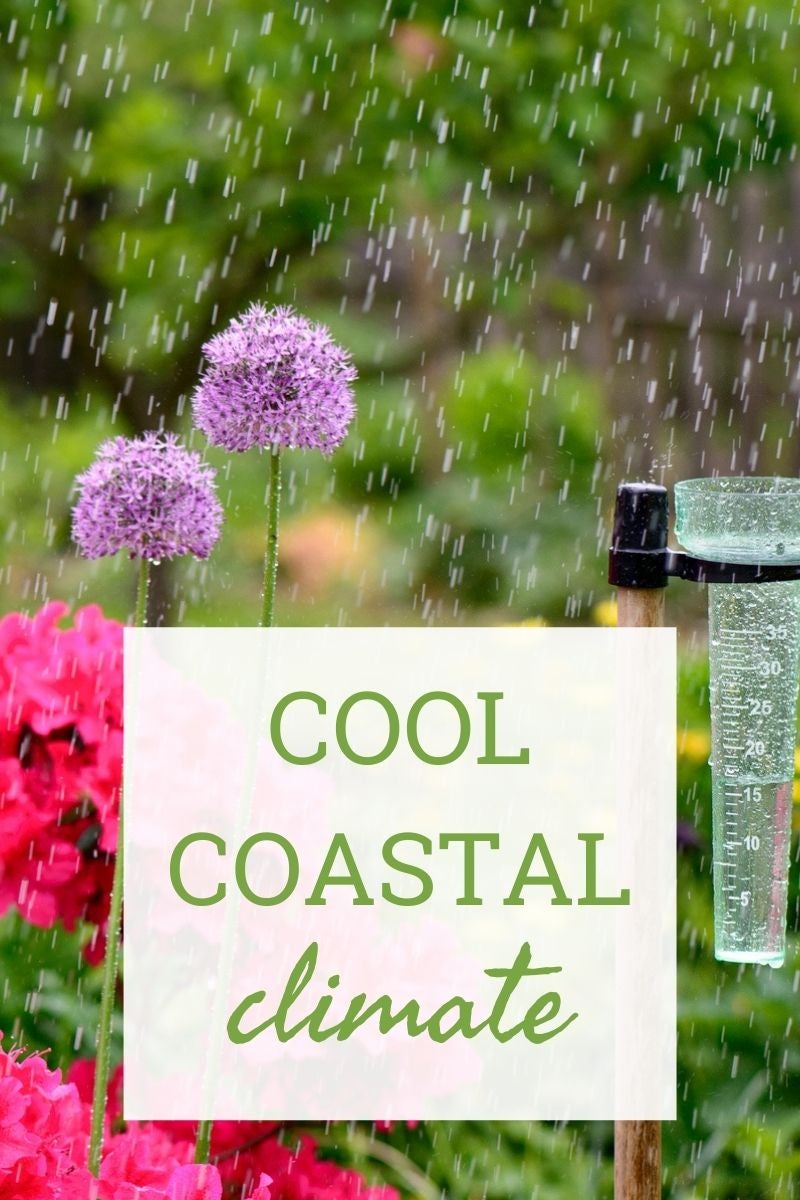 I’m spoiled.  My home is 25 miles (40 km.) southeast of Los Angeles, 15 miles (24 km.) northwest of the Pacific Ocean, and – like most SoCal natives – when the weather gets cold I get confused. People often gawk at the absurd cost of living and horrendous traffic issues here, but after experiencing a few balmy winters they’re wearing a jacket with shorts and flip flops in January, just like the rest of us.

Cold is a relative term, but cool is a more appropriate way of describing sweater weather in Orange County. On average, my garden experiences only one day of frost per year. Annual rainfall rarely crests 15 inches (38 cm.), and we go months with no rain. Sunshine is always abundant. So when the occasional cool weather arrives I’m flustered. Throw in some rain and you have one confused Californian.

In truth, the only weather that keeps me out of my garden (other than the incessant heat) is wet weather. While we don’t get much rain, when it comes it comes hard and fast. Tropical storms, typically during the winter months, provide the majority of our annual rainfall and they’re no joke. Even in a Mediterranean climate, heavy precipitation combined with strong gusts can be bone-chilling. A good rain jacket can’t protect you from sideways weather, so that’s what it takes to keep me out of the garden. Of course, it doesn’t always rain sideways, and I’m sure I could garden comfortably during mild rain events, but I usually choose not to.

Due to the sheer lack of it, rain is a spectacle in southern California. When it arrives, most local gardeners – including myself – would rather kick back on the sidelines and observe, thankful for nature finally stepping in and lending a hand.

Rain is a precious commodity in my arid climate. It confuses and inconveniences the average southern Californian, but not the gardeners. We understand its importance. We even grin and bear the cold it often brings in order to utilize the precious moisture it provides.