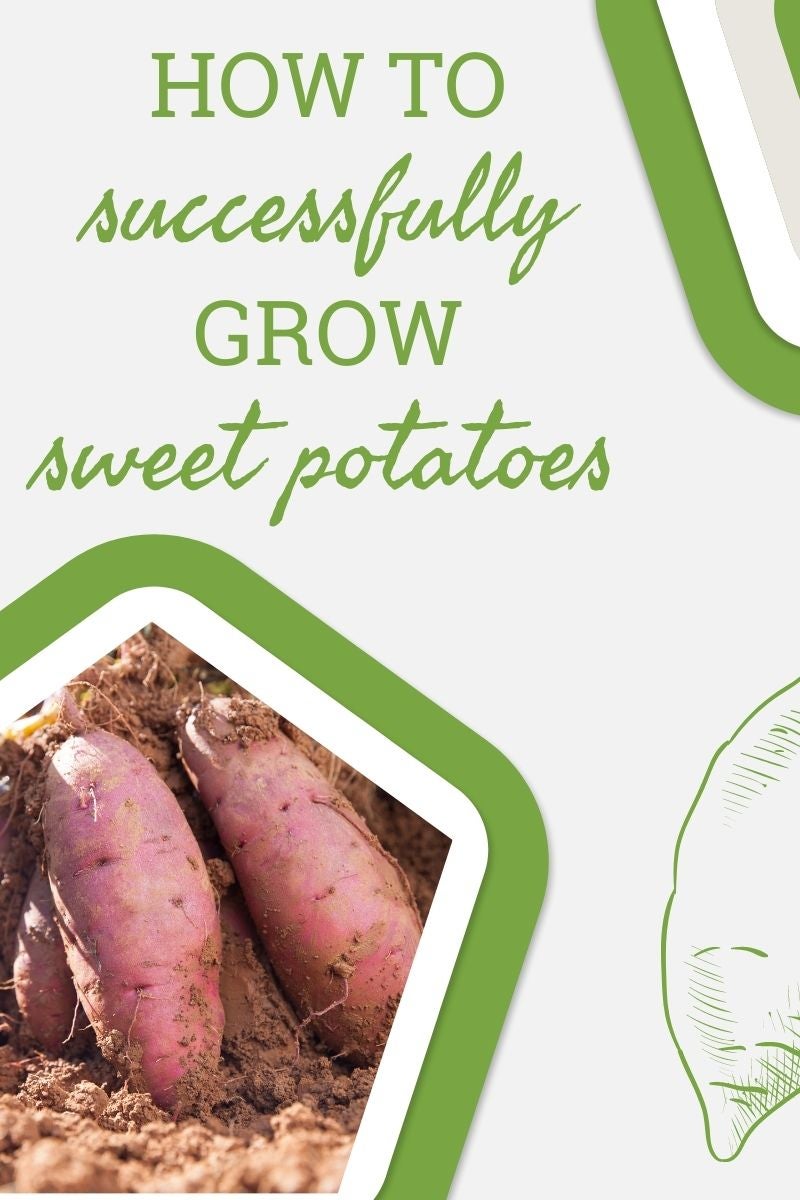 Some of my favorite veggies to grow at home are sweet potatoes. These nutritious orange tubers may be an easy crop for southern gardeners, but here in Ohio gardeners can have cultivation problems with sweet potatoes. I have to admit, my first attempt at growing these delectable veggies was an utter failure. But over the years, I’ve learned how to have success with my sweet potato crop.

The main problem I face is a short sweet potato season. Most sweet potato varieties take a minimum of 100 days from the time they are transplanted into the garden until they reach a harvestable size. Here in Northern Ohio, our average frost-free growing season ranges from May 10 to October 7.

This 150 day period reflects the time between the average dates for the last frost in spring and the first one in the fall. While it may seem like we have sufficient time to grow a decent sweet potato crop, we rarely have an “average” year.

If I look at historical records for the area, the latest and earliest frost dates occurred on June 11 and September 14, respectively. While it’s rare to have frost on these dates, it’s not unusual to have a deadly cold snap in the weeks between the average frost dates and the record ones. Over the years, I’ve come to realize that this 95 day period is the “safe” growing season.

Once I made this distinction, I realized I could take measures to extend the sweet potato season for my area. This included using black plastic to pre-warm the soil, then transplanting sweet potatoes into the garden a week or two before the June 11 record date. If frost threatened, the sweet potato starts were still small enough to cover with sheets or plant protectors.

The second major issue I faced was preventing deer from eating the leaves off my sweet potato starts. While this didn’t kill the vines, it did leave the sweet potato plants barren and set back their progress. I tried several “tricks” with limited success.

As a vining plant, the young sweet potato starts soon grew too large to be contained inside a covered plant cage or protective hoop tunnels. I then tried fencing the vining plants inside a larger square made up of livestock panels, only to discover the deer could reach through the openings in the panels and consume the tender leaves.

Finally, I added deer netting over the fence panels. This prevented the deer from reaching the plants, but also made it difficult to me to weed. A thick layer of mulch solved that problem and allows my sweet potato crop to grow unhindered for the remainder of the season.

Bottom line, growing plants and veggies which are not necessarily well-suited to our home gardens can be challenging. But learning to overcome cultivation problems with sweet potatoes has helped me succeed with other challenging crops. And that makes harvesting my favorite orange tubers twice as sweet.