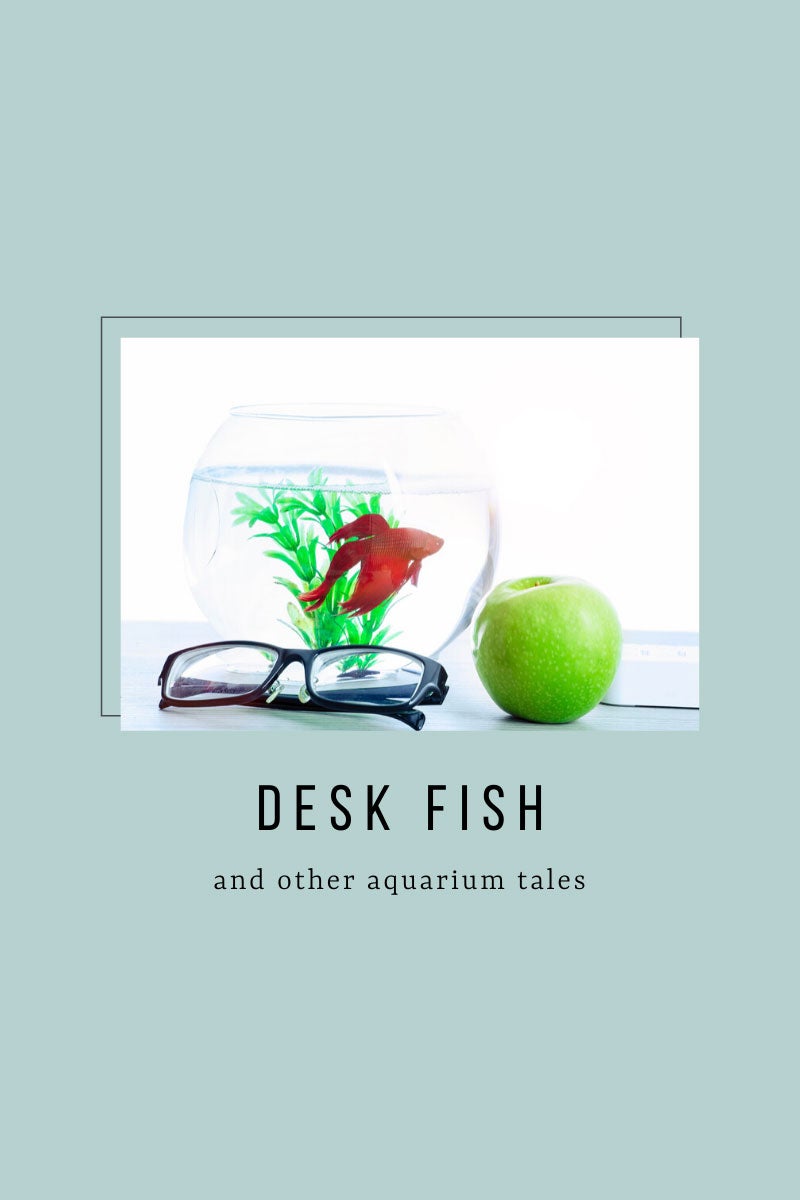 As long as I can remember, I’ve had a desk fish. These companions watch over me as I work, watch Netflix, or read the news. They always have silly names and are usually Bettas, although I have had some rather large goldfish. There have even been big freshwater fish and super-sized systems. The benefits of fish for desktop aquarium entertainment are numerous, and they actually go with cats much better than you would think.

I think everyone thought I was nuts when I brought a small, self-contained tank and fish to reside on my desk at a new job. The little living thing soon became a center of attention and brought a sense of normalcy and calm to the hectic office as we took in the aquarium fish behavior. I would often gaze at my companion as I thought up my next move or sentence in an important email. His lazy swimming and bright countenance never failed to put my thoughts on track.

As one would imagine, my many cats are fascinated by fish. When we moved, I had nowhere to put my desk fish at first, so he was on the kitchen counter. My large tabby took such an unhealthy interest that we had to hold the tank top on with a forbiddingly large dictionary and atlas. My fish eventually got an upgrade to a tank that had glow-in-the-dark fake plants and a decidedly psychedelic feel with a black light and bright pebbles. The lid was cat proof and my little aquatic buddy seemed to enjoy being watched by the many feline eyes.

Fast forward and my interest in fish broadened to include a five-gallon and then ten-gallon tank. I stuck with freshwater fish, as the saltwater aquarium basics failed to interest me. Saltwater fish would offer a larger selection, but the tanks required much more equipment and management. The beauty of freshwater is the system needs no heater and, in many cases, you don’t need to aerate, especially if the tank is small. A larger tank will hold more fish, but cleaning is more frequent. If you have a tank vacuum, this process is much simpler. Tabletop fish tanks are also easier.

My bigger tanks held several types of fish, but the most astounding was a Plecostumous. His (or maybe her?) name was Goliath and he achieved a final length of about a foot. We had a big windstorm and the power went out for five days. We huddled by the fire to keep warm for days. The fish had to be parsed out into individual containers of all sorts and lived on the mantle to keep them warm. Goliath made it four days before he expired. He was magnificent and special, so we buried him out by the pond, a fitting site for an aquatic creature.

I find many benefits of fish keeping. They’re an uncomplaining living companion entertaining to watch and present a serene state, conducive to thinking and meditative in their motion. The aquarium basics of a self-contained, smaller tank are simple to master and easy. Weekly maintenance is all that is required. I will keep replacing my desk fish as they go to the great ocean in the sky. My little buddies are crucial to stress management and a calming influence. The one staring at me from a desktop fish bowl as I write this agrees.