Discovering Horseradish Growing In Our Yard 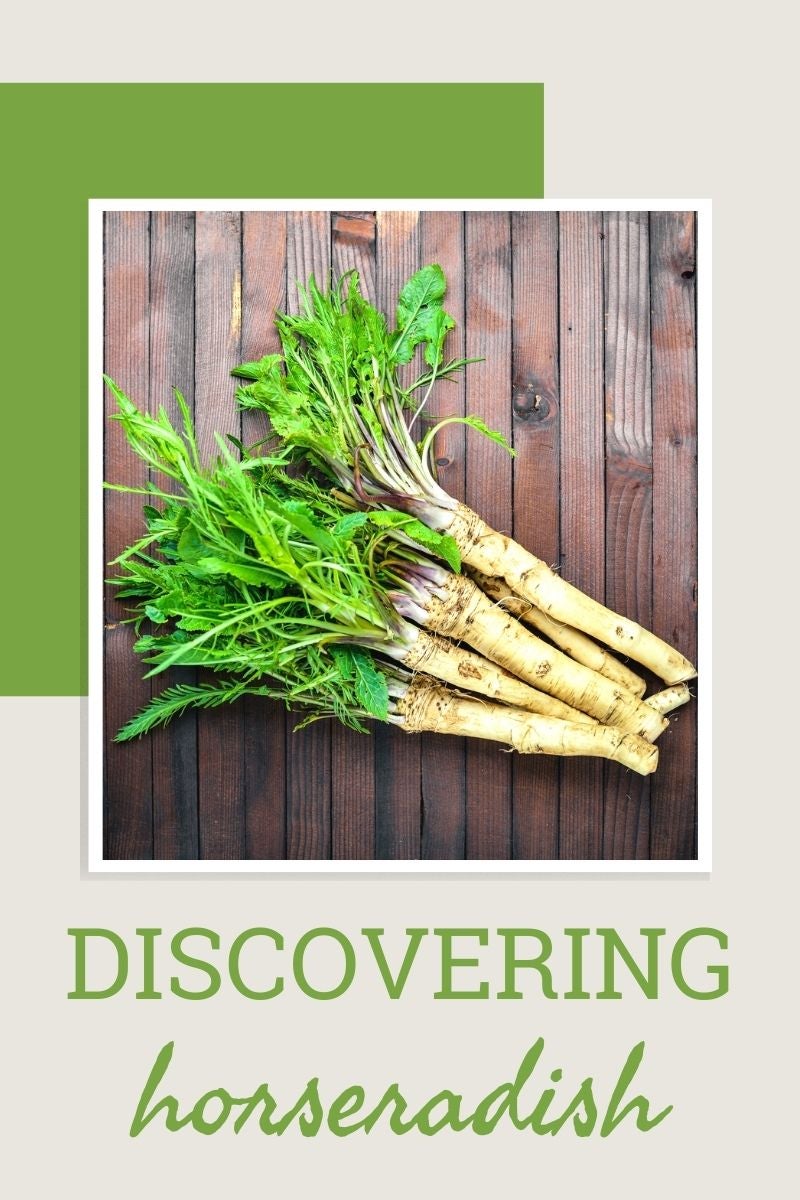 Years ago, when we bought our property, we were proud first-time homeowners. As such, we were thrilled when friends and family stopped over to see the place. We’d gladly show them around the house, which needed much work, and would share our plans for remodeling.

Weather permitting, the tour would also include our two-acre property. Like the house, it too needed work. One day, as we were giving the grand tour to a family friend and fellow gardener, he casually mentioned that the horseradish growing beside the barn looked nice and healthy.

I have to admit, I was dubious when I followed his gaze to find a clump of large weed-like plants. Up until that point in time, the only horseradish hubby and I had seen was in a jar at the store. I had never really considered that growing horseradish was an option.

It didn’t take long for us to tug one of those “weeds” out of the ground and snap the root in half. The faint smell of fresh horseradish root confirmed the plant’s identity and our friend filled us in on how to care for and harvest this hidden bounty.

Growing horseradish is quite easy. As a perennial, it comes up every year and requires little care beyond an annual spring mulching to control weeds. This non-native plant can become a bit aggressive, but we keep ours in check by mowing around it. We also avoid composting material from the plant, especially the taproot, as it can easily spread to new areas.

Following folksy gardening wisdom, harvesting horseradish is usually done in a month containing the letter “R.” That first year, we could barely wait for September to arrive. We dug up a few choice roots and the fun began.

All seemed to go well as we washed, trimmed and peeled the large taproot. We didn’t have a food processor at the time, so we used the blender. Hubby and I smiled at each other as we watched the blades grind the fresh horseradish root into a creamy white paste.

Then hubby did what many home chefs do when they are preparing aromatic food. He lifted the lid off the blender and took a big whiff. Kids, don’t try this at home! What we didn’t know at the time is that fresh horseradish root has very little aroma – until it’s grated.

Grating the root of this member of the Brassicaceae family ruptures its cells and releases an enzyme. This enzyme then reacts with another compound in the fresh-ground horseradish root to form allyl isothiocyanate.

Allyl isothiocyanate is a type of mustard oil and it’s what gives horseradish its pungent aroma. This chemical dissipates quickly if not preserved by the addition of vinegar, but is extemely strong in fresh-ground horseradish.

Smelling fresh-ground horseradish is a mistake neither hubby or I ever made again. As it is one of the oldest plants in our garden, I guess you could say we learned the importance of respecting our elders!