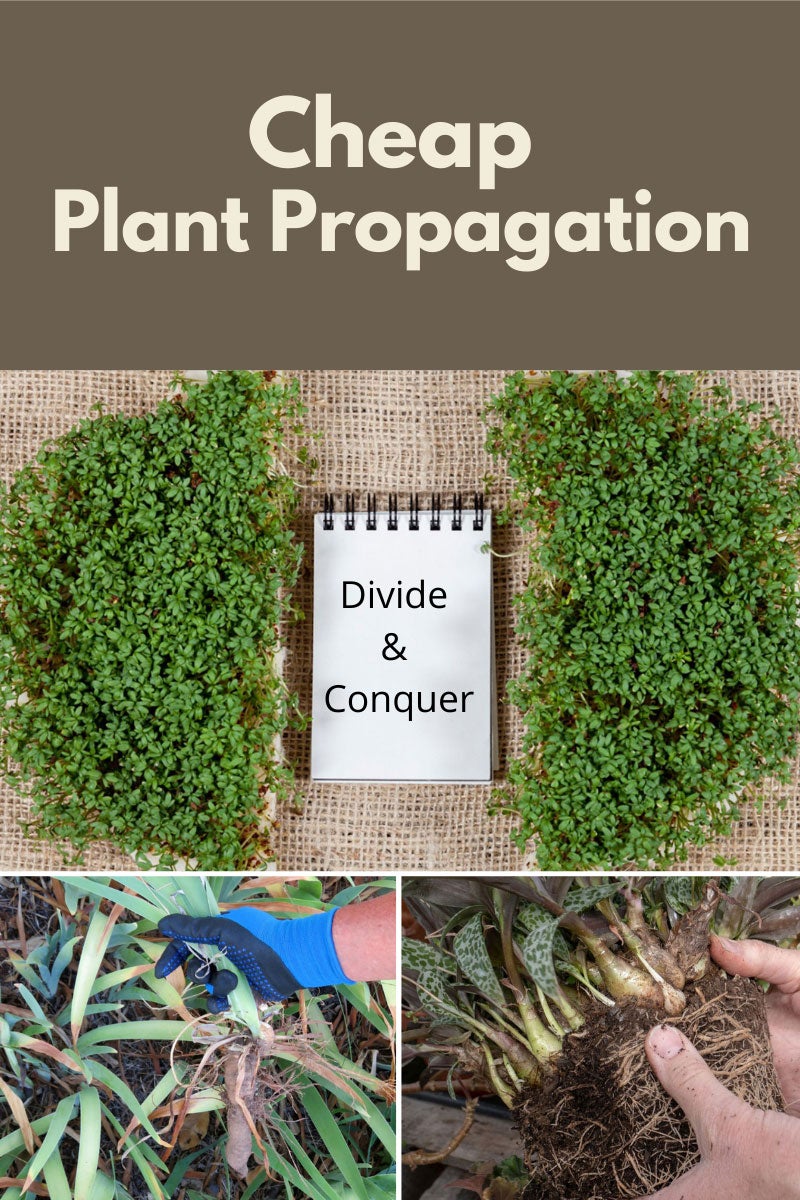 My first garden wasn’t really mine. I mean, it was on my property, but most of the plants came from another gardener’s garden. I could barely afford the mortgage so plant shopping was out of the question. That is when I became fixated on plant division. As soon as I heard about the practice, I knew it was for me.

When I’m dividing garden plants it’s like Christmas. Through just a bit of labor, I can get a whole new plant. As a bonus, the original parent plant usually does better. As a new gardener, I was the recipient of numerous divisions from my mother and mother-in-law. Both were prolific gardeners and it was probably time to do some dividing, plus they had a kid with a new house. I even got a few things from my grandma and made friends with neighbors, whose plants I admired. Not ashamed to grovel for a plant division, I did just that when I took my daily walk and spied a plant I wanted. Over time, my garden was filled with delicious specimens that I could not have afforded from a nursery.

When is a Good Time for Dividing Garden Plants?

There is no best time to divide plants, in my opinion. Most garden plants seem to prefer to be divided in spring. That gives the new division time to establish in the soil. However, I’ve never been shy about dividing garden plants in late summer or fall either. If they are mulched and watered in well, I’ve never had a problem. I suppose if you have a tender specimen that is barely hanging in there in your zone, the best time to divide would be spring. That way the plant isn’t disturbed and traumatized before cold weather sets in.

Indoor plant division should be done in spring for the best results, although I got a piece of grandma’s Trandescantia in winter and it did great. Err on the side of caution when dividing plants and do it when the division has time to establish and won’t suffer any extreme weather.

You know it is time for plant division when your plant fails to bloom much or the center starts to die out. You can often get three or more divisions off mature, established plants. For the best chance of success, dig up the parent plant carefully to preserve as many roots as possible. Use clean, sharp cutting implements. I have a soil saw that I use specifically for this purpose and I clean it after every use, so I don’t spread disease.

When you cut into the plant, make sure there is a good section of roots or tubers or whatever the plant grows from. Ensuring this will help the plant establish quickly. You should also have a good amount of foliage attached to the clump. Foliage will drive photosynthesis which feeds the plant.

What can you divide? Some of the easiest plant division are:

Really, most blooming perennials and those that stem from bulbs, corms, or tubers can be divided. If you ever planted a few daffodil bulbs and found that over the years those few became an army, you know what I mean. As bulbs and other underground storage structures mature, they naturalize, meaning they produce more. So, if an area is inundated by daffodils or any other perennial plant, separate some out and populate another area or give the divisions away.

Dividing plants is a great way to perpetuate a favorite specimen and to give away the delights of your garden to friends and neighbors.

Tell us what you think: Leave a comment
11 people are already talking about this.
Printer Friendly Version
Read more about Backyard Stories
<PreviousNext>
Did you find this helpful? Share it with your friends!
FacebookTweetPinEmail