A DIY Room With A View 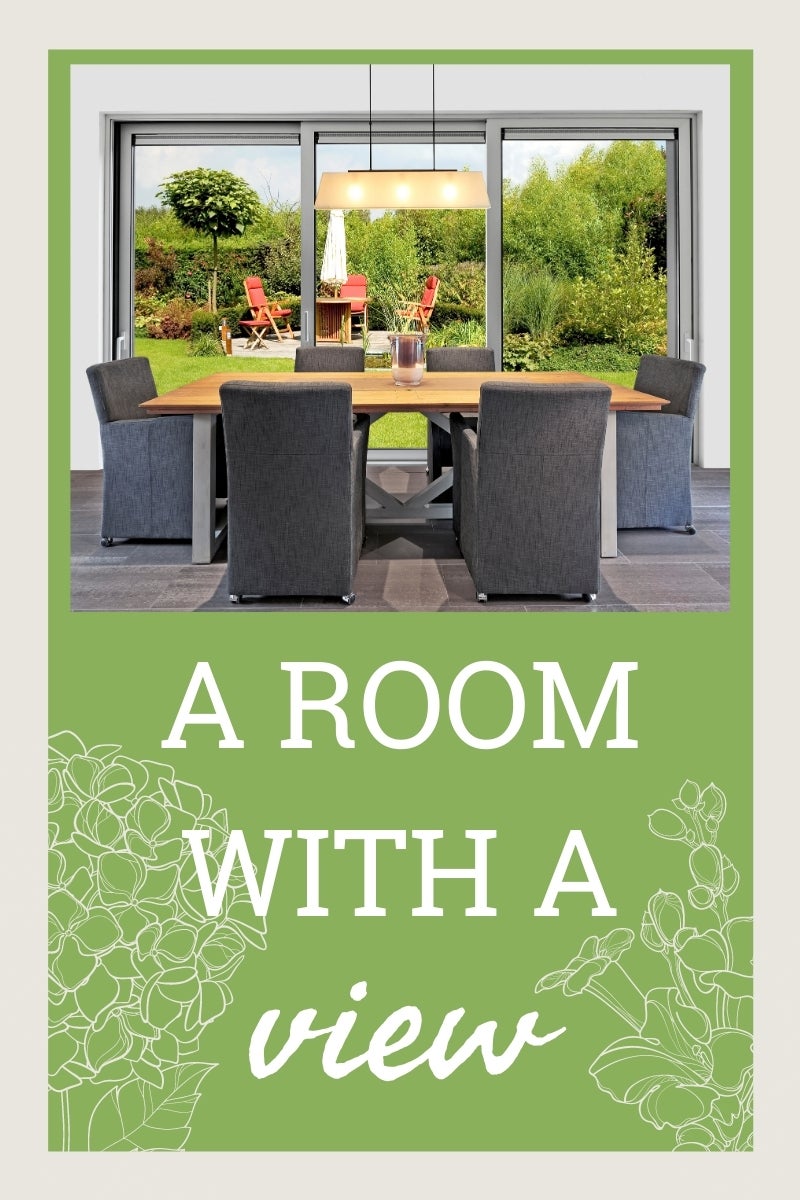 When we bought this house almost four years ago, we had criteria just like anyone who’s ever purchased a home. Price was foremost in our minds but we also absolutely had to have some garden space. It wasn’t necessary that the garden was ship shape, just that there was space to create.

We found a house with sufficient garden area and a lovely territorial view (along with sunny southern exposure!) from the corner picture windows of the area’s mountains. The view from the rest of the windows however was sadly lacking.

Not to be Deterred by an Uninspiring View

From the kitchen, an area where I spend significant time, the view was lackluster to say the least. There was an expanse of green grass leading to a stark six foot chain link fence through which I could gaze upon the dirt alley; an excellent view to keep an eye on the sanitation workers or to watch our alley neighbors chain smoke, but in all other respects dreary and uninspiring.

No worries though. There is nothing I love better than getting dirty in the garden so I set to work creating some ambiance and privacy.

First I (okay, we) removed some pointless and unsightly giant barberries which were pretty much the sole denizens of the landscape with the exception of a cherry and crabapple tree. Then we installed raised beds for vegetables and started a flowering perennial garden.

The vines started coming next. The only existing coverage was a Virginia creeper, a rampant practically invasive plant in my neck of the woods. We put in climbing hydrangea, trumpet vine, clematis, akebia and two types of table grape.

To make a long story shorter, after four years, my view from the rear windows of the house are now filled (when it isn’t covered by snow) with flowering bushes, vines and other perennials. A view of my veggie and herb gardens greets me from the kitchen window flanked by goji berry, multi-grafted apple and pear trees and a plethora of other edible landscaping.

But I’m not done. There is yet a final area of the house whose view is dismal. The east side of the house is a narrow thoroughfare between our home and the neighbors that is suitable for pushing the mower through and for storing the dozens of river rocks I have unearthed.

So last week I started building a long narrow bed and some half moons abutting the foundation using the aforementioned stones. Pavers are in place, soil has been juiced up and all I need are some plants. I’m left desperately and yet patiently waiting to hit any and all nurseries when they open”¦ okay, maybe not that patiently. I’m practically giddy with excitement!