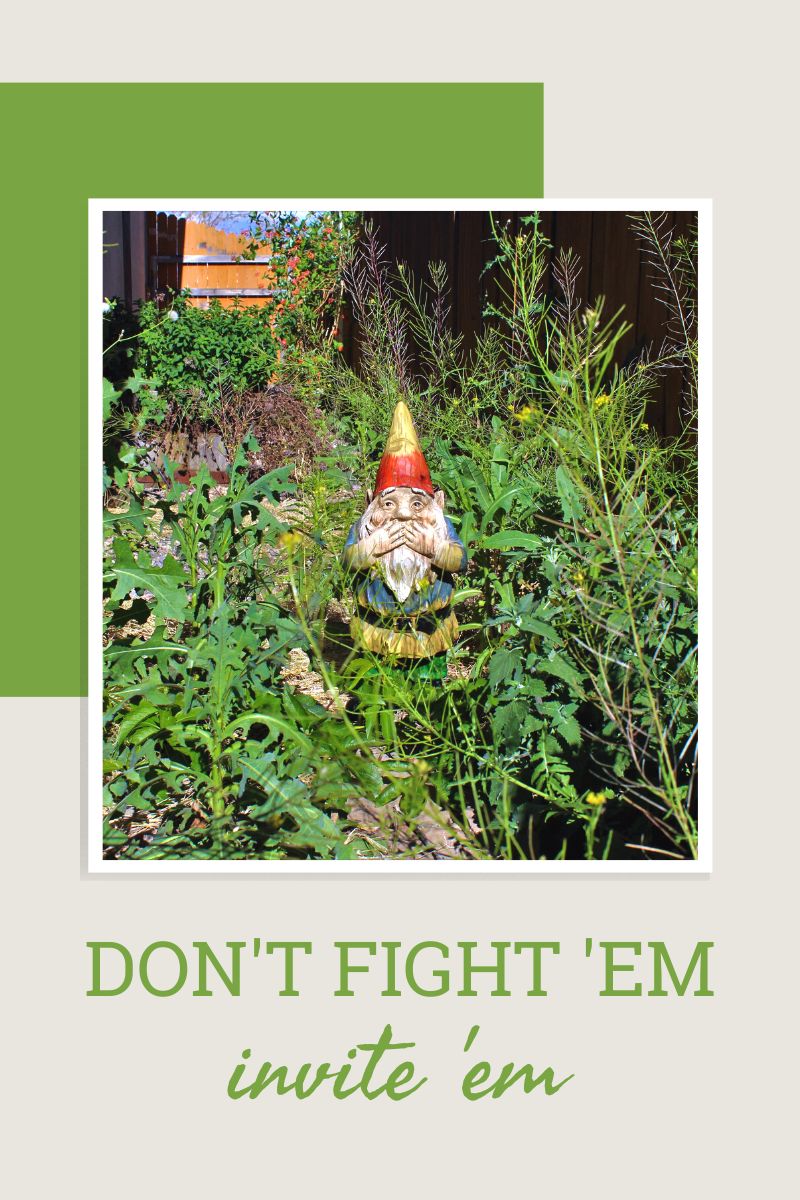 If you’d have asked me years ago about eating weeds from the landscape, I would have likely laughed and thought you were crazy. But if I knew then what I know now, it would be a different story.

Edible Weeds in Your Backyard

Weeds in the garden were once my greatest nemesis. I always stayed busy plucking them up one by one in a never-ending cycle that started in the front bed and slowly worked around the entire landscape. By the time I finished, the weeds in the front bed were sprouting again and I’d have to repeat the process – a downside to having so many garden beds. Mulch helped keep these weeds to a minimum and made them easier to pull, but some way, somehow, they always seemed to keep coming back. It was a chore I both despised and accepted. I’m a gardener after all, and this just comes along with the territory. On the bright side, weeding allowed me plenty of time to enjoy nature. But never once had I considered eating any, other than yellow wood sorrel (sour grass), which is yummy. My kids used to call the fruits “pickles” because they resembled fairy-sized cukes. Those are edible too.

Fast forward about twenty years later”¦ I developed an interest in herbalism, took some classes and became certified. I wanted to learn more about using plants in other ways, beyond just the usual herbs and vegetables. I wanted to take full advantage of their uses, for wildcrafting, for cooking, for healing and more. Along this journey I was introduced to a variety of common garden weeds that you can eat. Wow, I thought! It was simply mind-blowing. I had no idea. All that time spent bending, stooping, plucking and pulling (and perhaps a little cursing too) when I could’ve been devouring them.

Take chickweed, for instance. I’ve mentioned this weed numerous times in the past and my hated for it. I’ve since come to love it. The plant isn’t as annoying as I once thought. You can actually eat it, and it’s quite tasty. Best of all is the fact that it’s chock full of vitamins and minerals, so chickweed is great for those wanting to live a healthier lifestyle. The plant is best used fresh and makes a wonderful addition to spring salads, or on its own. Chickweed pesto ain’t bad either.

And then there’s dandelions. I grow them anyway because they’re pretty and the bees love them, but they’re edible too — all parts. In fact, these are one of the most nutritious weeds around, full of vitamins, minerals and antioxidants. Dandelion tea is a great detox. Adding some dandelion leaves to your salad will give it a nice tang. Toss in some blossoms for added color. Yum! How did I not know this before?

Plantain is an herbal weed I like to keep on hand for its medicinal use but it, too, can be eaten in salads or as a substitute for spinach. Wild violets aren’t weeds to me, but some people don’t like them. These little flowers are a favorite not only because they make a wonderful ground cover, but they’re edible too. A definite win-win! I recently tried some purslane. This plant comes up readily around my greenhouse and thrives in the heat. The sprouts are easy to pull up and toss, but why bother when you can eat them. I like to transplant them into pots. They’re vigorous growers and attractive spilling over the sides, which also makes it easier to snip off as needed.

My new motto for most weeds in the garden is “If you can’t fight ’em, invite ’em.” Better yet, “If you can’t beat ’em, then just eat ’em!” With high prices of food nowadays, why not eat what you already have on hand. There’s a good chance you have edible weeds in your own backyard. Just be sure not to eat anything that’s been treated with chemicals and always know exactly what plant you’re ingesting.