Dream Garden Improvement – Back To Nature 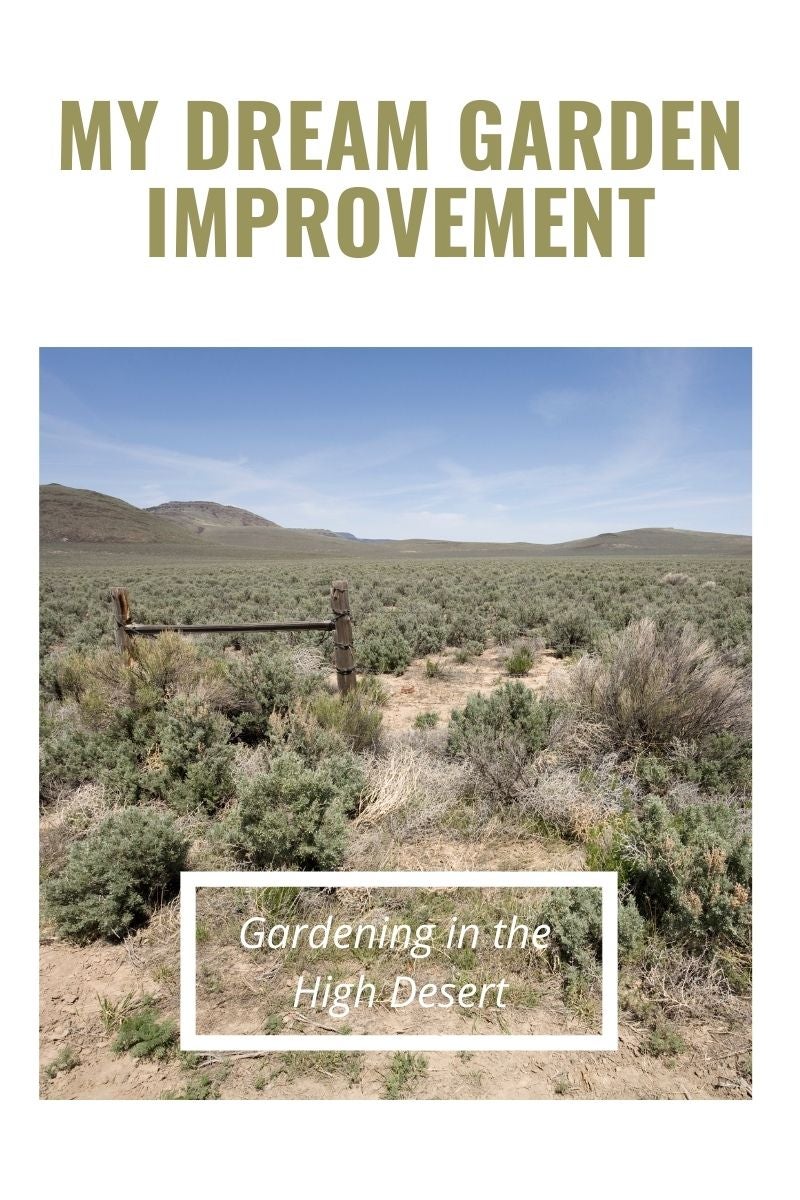 If we’re talking about dream gardens, I would have a landscaped garden with mountains of beautiful flowers and of course, a swimming pool and hot tub. It’s nice to think about, but not very realistic. That’s okay; I’m happy with the way things are.

I live in the high desert of eastern Oregon. The sky is huge, and the native landscape is rugged and beautiful, but gardening is a challenge. I could do great things in my garden if I had more time, more money, better knees, and a landscaper.

If you’re like most people, you probably think the Pacific northwest is lush and green, but actually most of Oregon and Washington is arid. This is because rain clouds from the Pacific open up over a long strip of western Oregon and then they bump up against the Cascade Mountains and the rain stops. We’re in the rain shadow.

I should also note that the high desert isn’t a true desert but is named primarily because of the minimal rainfall. We get about 13 inches (33 cm.) of rain per year (in contrast with Portland’s 43 annual inches). Summers are hot and dry, but temperatures aren’t as extreme as a true desert. Winters are much colder.

So, it’s understandable that gardening is difficult. Precipitation is in short supply, the growing season is short, and temperatures can swing from freezing cold to blazing hot, sometimes in the same day. Sometimes, it even seems like the wind will never stop.

Learning to Grow in the High Desert

When we moved here four years ago, the huge yard was a gigantic mess. We spent most of the first summer pulling weeds and hauling away trash. When that was finished, we could see the previous owner’s attempts at landscaping, which consisted primarily of various shrubs planted willy-nilly throughout the yard.

We attempted to save the shrubs that showed signs of life, but the second summer we pulled them all up (with the exception of several beautiful yucca plants). We also planted a lawn that summer, with mixed results. The third summer we planted a large strip of the yard in native prairie grass. I love it.

This summer we decided to give up the struggle with mother nature and to stop fighting the deer. It’s been a relief and a pleasure to welcome wildlife into our yard instead of worrying about the damage they can do (and they can do a lot of damage).

We’re gradually changing to a drought-tolerant, deer-friendly landscape with more evergreen and yucca, along with various deer-resistant native plants. I’ve never tried transplanting sagebrush, but I think it’s time to give it a try.