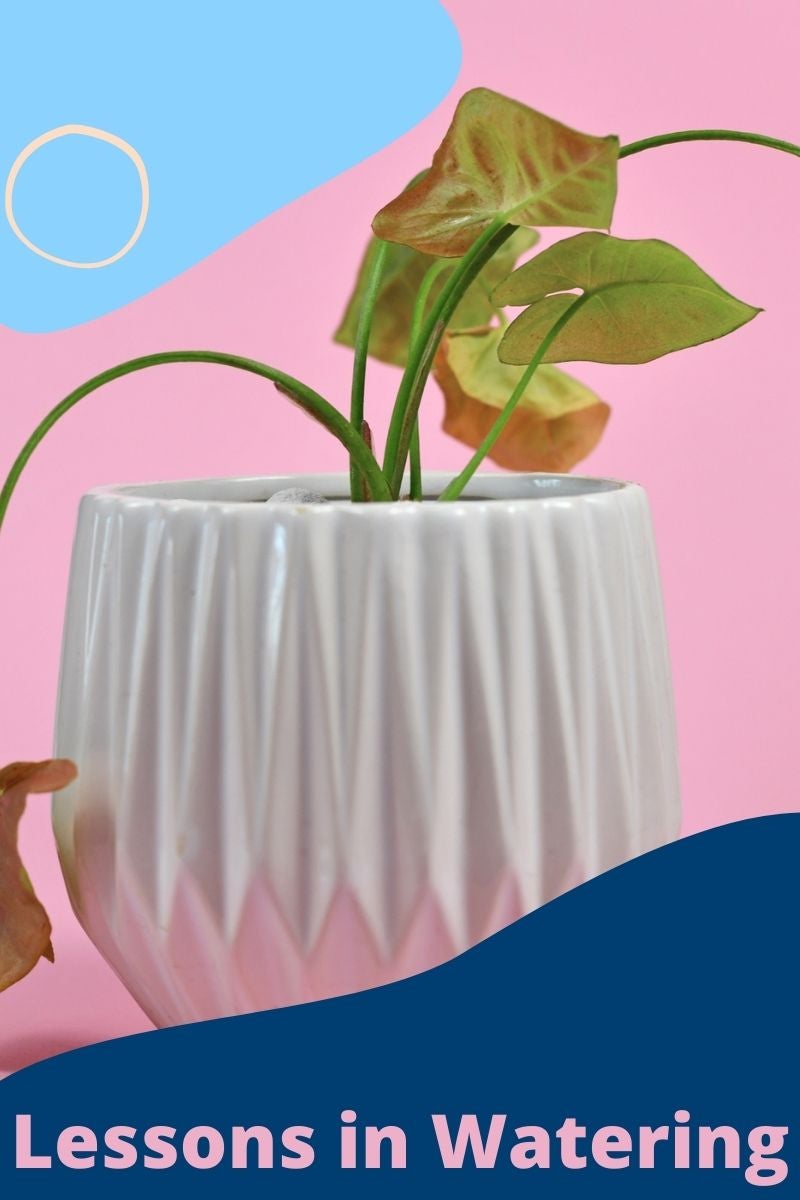 My garden fails tend to fall along two lines: underestimating the amount of water plants need, and inviting so much wildlife into my yard that they take advantage and eat my plants. The latter is something I have come to terms with, because I adore the animals. But I have learned many lessons about water the hard way.

Getting Lazy with Annuals

It wasn’t until I learned more about the pretty annuals that I plant in pots each year that I truly appreciated how much they need regular watering. I knew I should water them regularly, but when I learned that they are often tropical plants native to wet, hot, humid regions, I felt bad about neglecting them.

The worst disaster watering plants was one summer when I went on vacation for a week. I have a shady back patio with pots and pots of impatiens. It was my first year in my new house and I had spent a decent amount of money on the flowers.

I had thought that if I just moved the pots out to the grass where they could catch any rain, everything would be fine. I didn’t want to put my neighbors out by asking them to water. When I got back from the trip, the impatiens were so dried out and crispy there was no saving them. Now I always ask the favor of my neighbors, and I do the same for them.

Once I had annuals figured out, I turned to cultivating some nice perennial beds. I thought I was so clever. I had read that perennials are mostly hands-off and didn’t need regular watering like annual flowers.

That first year I put in some astilbe and a bleeding heart, again spending some decent money. I even thought I was clever in choosing plants the local deer would have no interest in eating. I was right on that point, but again I killed them with lack of water. I did water the perennials to begin with, but when I read that you have to provide water until roots establish, I thought it meant a week or two. A couple months later, they were gone, more victims to my misunderstanding of the water needs of plants.

I think to really become a gardener you have to learn by doing. Sometimes that means killing plants. These unfortunate victims taught me a valuable lesson about watering plants: don’t get lazy about it.