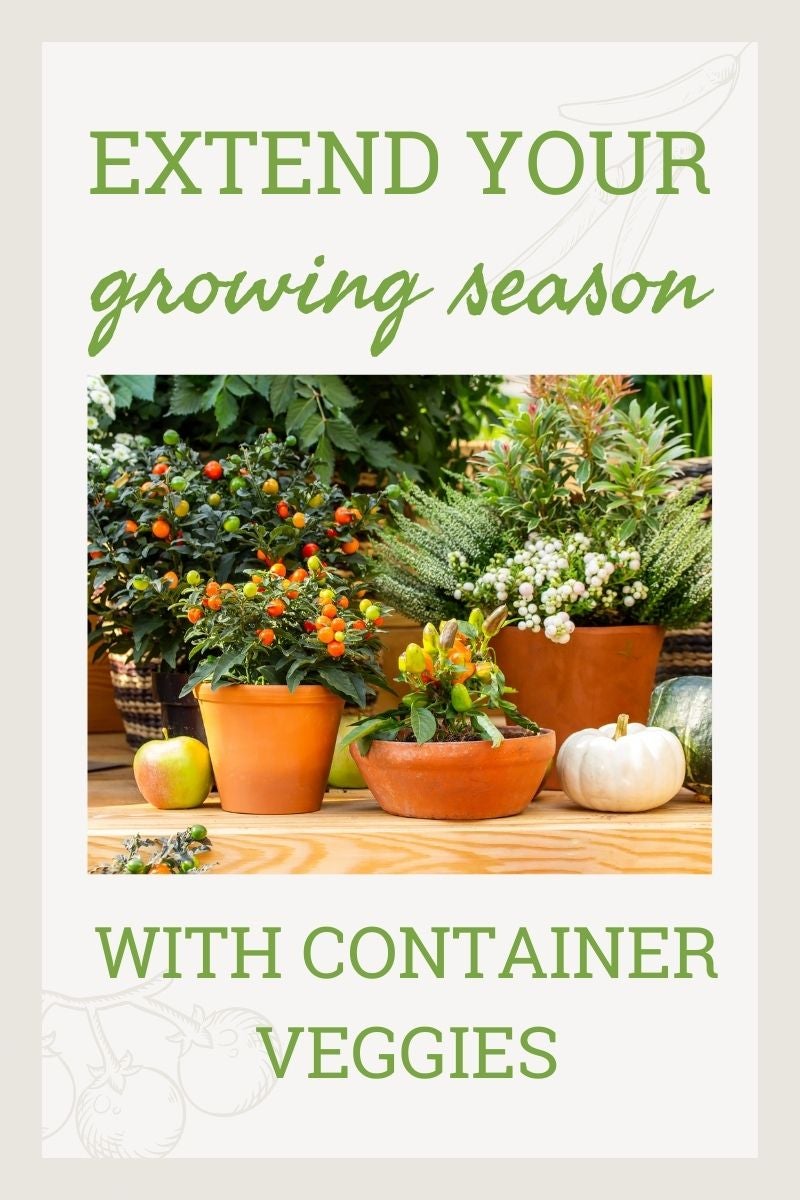 Like many gardeners, I’m always on the lookout for ways to grow more veggies. Extending the growing season is an excellent method for doing just that. Typical ways to extend the growing season include using black plastic to prewarm spring soil and erecting hoop tunnels to protect against frost damage. My favorite method for creating a longer growing season though is to utilize the benefits of container gardening.

If there’s one distinct advantage to growing vegetable plants in containers, it’s mobility. I can easily move my container garden in and out of the house, which means I can extend the growing season by taking advantage of unseasonably warm days. With this method I’ve had ripe produce two to three weeks earlier in the summer and as much as two months later in the fall.

When using container gardening to extend the growing season, I’ve found veggies like tomatoes and peppers work especially well. Both frost-sensitive species require several weeks for the fruit to develop. This means flowers can be pollinated outdoors late in the season, yet the fruit can continue to grow and ripen indoors long after we’ve had a killing frost.

Here are a few ‘container gardening tricks and tips’ I use to create a longer growing season:

Learn More About Extending the Growing Season
Tell us what you think: Leave a comment
2 people are already talking about this.
Printer Friendly Version
Read more about Backyard Stories
<PreviousNext>
Did you find this helpful? Share it with your friends!
FacebookTweetPinEmail