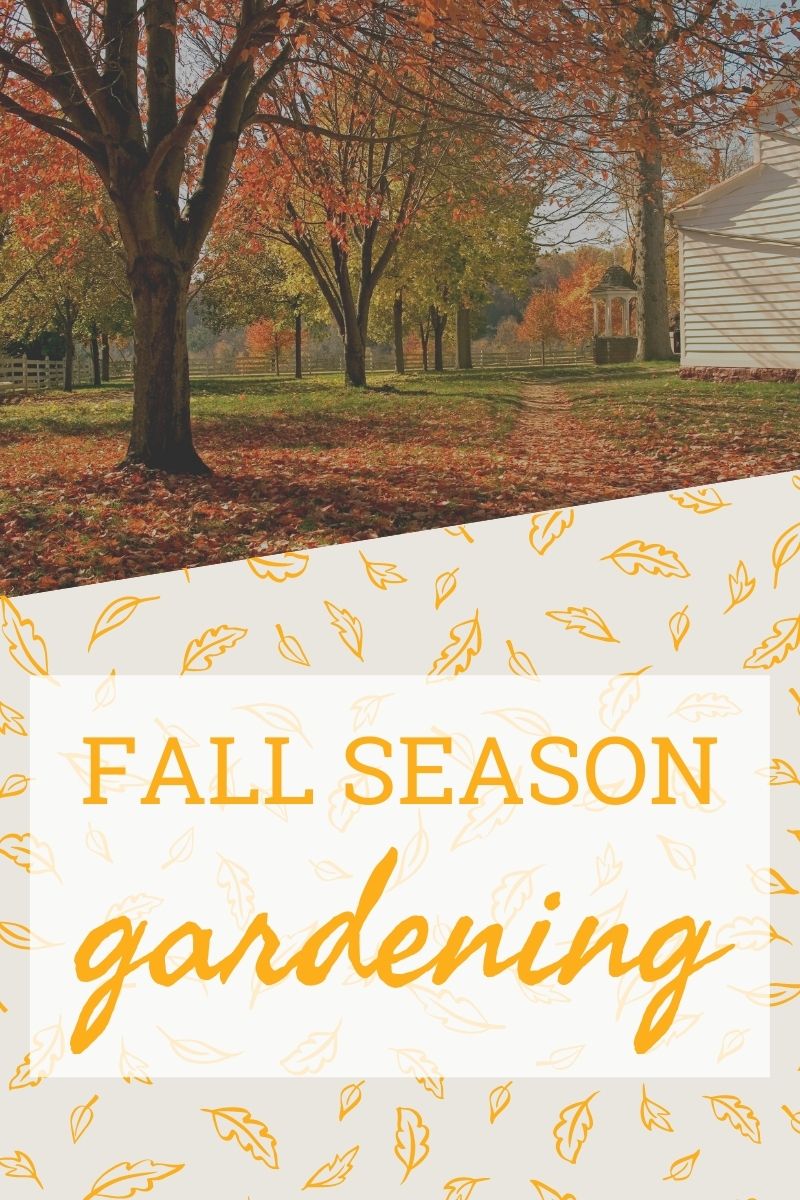 What’s the first sign I get in the garden that fall is on its way? That’s a good question. Seems these days it’s getting harder and harder to distinguish between seasons. Spring is starting to feel more like summer, and fall, if we even have one, turns into winter in the blink of an eye. So if there’s anything needing done in the garden, get it while you can because that cool autumn weather won’t last long before the blustery chill of winter takes hold (and yes, it does get cold here.)

How to Tell When Fall is Here

Autumn may officially arrive in September, but here in my region of North Carolina it’s not fall-like weather until October or so – even then it could stretch into November. And it can’t come soon enough for me. While I love being in the garden every chance I get, it’s usually unbearable during the hot summer months, especially July and August when temps hover in the upper 90s (sometimes higher) and the heat index makes it feel far worse. September isn’t always pleasant either. The temperatures may be somewhat lower, and by that I mean 80s, but the humidity is still lingering in the air.

If any of the leaves have started to change, they don’t reach their peak until October or November depending on how mild it’s been. And if it’s been significantly warm, they may skip the color show entirely, turning a crispy yellow-brown and falling gently to the ground instead.

Only once that first frost comes does it really feel like fall is here, at least for me. When there’s a slight nip in the air and sweatshirts or hoodies can be worn with comfort, autumn has arrived. This is prime weather for making things happen in the garden, but you have to act quickly. It usually isn’t long before old man winter starts rearing his ugly face. Fall season gardening means getting things done without sweat continuously rolling from your brow. All those weeds that nearly took over during the heat of summer, thriving in the soaring temps without any help from you, can now be comfortably plucked. Minor pruning and garden cleanup is another chore that gets done. For me, this includes cleaning up all my pathetic looking plants that succumbed to heat stress in spite of all my watering.

Everything that’s been put on hold since spring can now be completed. In my garden, this means transplanting shrubs and perennials that did not perform well in their current locations. Prepping new beds for spring planting next season is another task of mine. In fact, this year I’m removing an eastern red cedar (juniper) that’s gotten monstrous. Even with pruning, it’s becoming too difficult to keep up with and is basically encroaching the existing garden bed from which it grows. Planning a new design for this area once the tree is gone is at the top of my autumn weather to-do list. I have another reason to acquire more plants – that’s always fun. Cool-season flowers and veggies can also be planted.

Getting the greenhouse ready for overwintering plants is accomplished once fall is here. Entering the greenhouse during summer is like a death wish. I’d collapse from heat stroke in seconds from the scorching heat, and that’s with venting and doors open. Possibly one of the best perks to fall season gardening is having no more pesky mosquitoes to deal with. I hate those buggers!

Spring may be my favorite season in general, especially in the garden, but fall is a close second. It’s right around the corner now, and I’m ready.