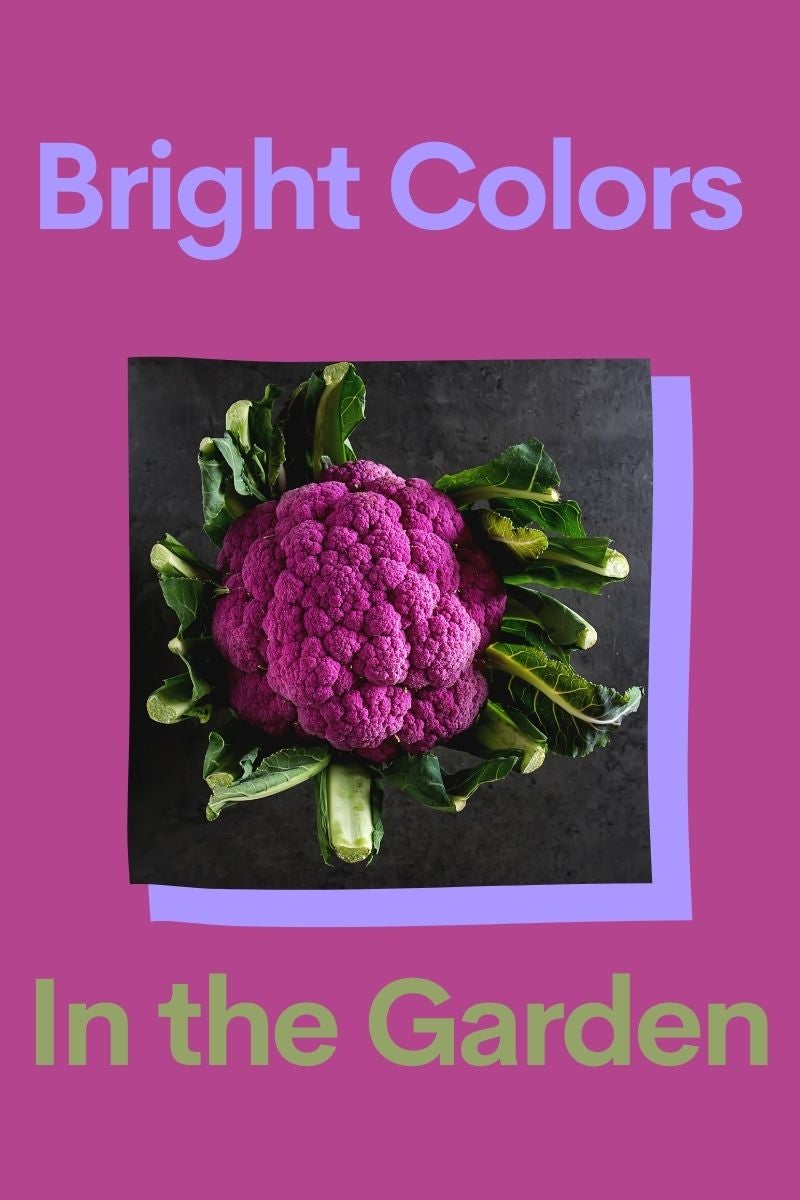 Though I have previously discussed my first seed growing experience here on the blog, I can’t help but feel compelled to share yet another especially important “first” for my vegetable garden. In an attempt to diversify the vegetable plantings in my yard, I have learned to better appreciate the numerous and amazing seed cultivars which produce rich, vibrant color.

I will be the first to admit that I don’t eat as many fresh fruits and vegetables as I should. While many experts suggest “eating the rainbow” in order to obtain vital phytonutrients, my diet has always been fairly limited. Growing my own seasonal vegetable plot has not only improved my gardening skills but has also improved my ability to manage more balanced nutrition. Even so, there were several vegetables that I had not grown. In planning a new spring garden, I decided that I would finally try my hand at growing several members of the brassica genus.

Branching Out with ‘Graffiti’ Cauliflower

While my love of broccoli had initially fueled the decision, I was less than excited about the prospect of planting cauliflower. I began to browse seed catalogs online and found myself feeling bored by the varieties that were on offer””until I found one unique cultivar. ‘Graffiti’ cauliflower immediately grabbed my attention: a bright purple cauliflower head that was surrounded with immense green leaves. Though the seed cost slightly more than the others, I decided this was the cauliflower that I had to grow.

When the seed arrived in late winter, I very carefully sowed it into seed trays indoors. Over the next few weeks, the plants became larger. Eventually, they were transplanted into their final location outdoors when my soil could be worked. Despite the early season heat, my beautiful purple cauliflower thrived and produced bright heads.

Though the process was no different than growing regular cauliflower, growing ‘Graffiti’ proved to be an exciting and fun experience. I have continued to add interesting and brightly colored vegetable cultivars to my garden each season, many of which have become among my favorite plants to grow.