Flour For Aphid Control – It’s Not Just For Baking 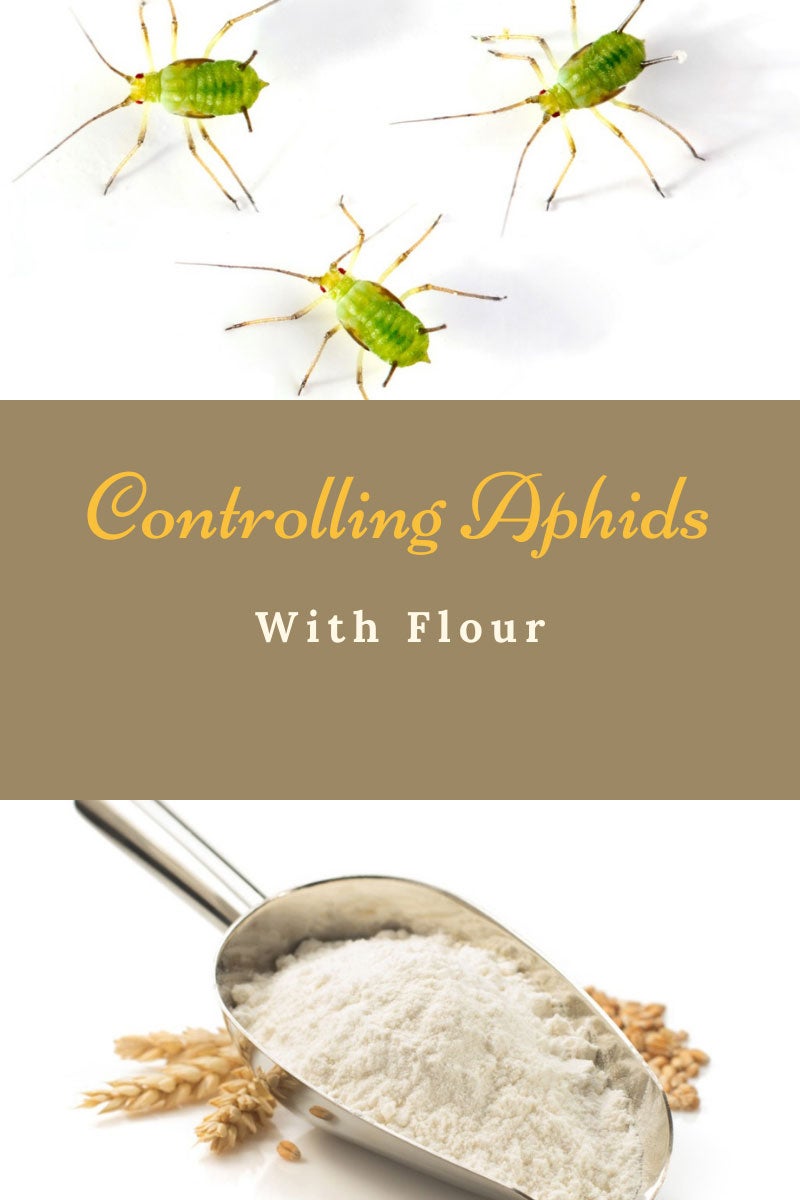 I practice natural and organic gardening as much as possible. Even with the best pest remedies though, you often get flare ups that can’t be controlled. We used to reach for a can of commercial pesticide if these natural pest remedies failed, but not anymore! There is a better way and it uses just one ingredient, already in the kitchen – flour.

I dislike rose plants, but my landscape came with about 15 of the bushes, so I do my best to keep them healthy. They got a pruning in mid-February and I was vigilant about deadheading and using natural remedies for controlling aphids, leaf miners, scale, and other little pests from setting up house and ruining the appearance and health of the plants.

Maybe it was the mild winter, but insects were bad this year. As in, epically bad. Big fat, juicy grasshoppers, out of a horror movie earwigs, and a hoard of cabbage moths, just to name a few. One day I went to start deadheading the roses and saw the carnage. An army of aphids were snacking not only on the buds and new shoots but even mature stems. It was “make the hair stand up on your arms” creepy.

For the next couple weeks, I sprayed daily and dashed them off with sharp blasts of water, but they just kept coming back. In desperation, I turned to the internet. I found several recipes for aphid control, but they were all gardening hacks I had tried before. Seeking something new, a topic caught my eye. Flour. The theory is that aphids will ingest some of it and when they try to excrete their honeydew, the flour will mix with the stuff and clog them up. Then, by some accounts, the insects will explode. Yes, I know, it sounds horrible, but those pesky buggers gotta go.

Doubting the veracity of this simple method, I nonetheless set about finding a sifter. I bake a ton, but I am a lazy cook and have never had a sifter. Fortunately, my husband volunteers at our community thrift store and was able to acquire one. I was ready to do battle. A quick word of advice: do not sift flour on a plant that is newly wet. It will clog up leaf stoma and can adversely affect the plant.

I merrily sifted a light dusting of flour over my roses. After a day, I went and checked. The aphid population was definitely getting thinner, so I dusted again. After a few days, almost all the aphids were gone. I rinsed the plants to remove those remaining. Now I just dust my plants when I see any bugs.

For controlling aphids, this is easy, safe, and brilliant. It worked on other plants that were getting aphids, too. I am still not quite sure if it works on other bugs. For them, I have my diatomaceous earth and a few really good natural pest remedies that we whip up each season. The bugs may outnumber us, but with craftiness, we just might win the battle.