Full Sun In The High Desert 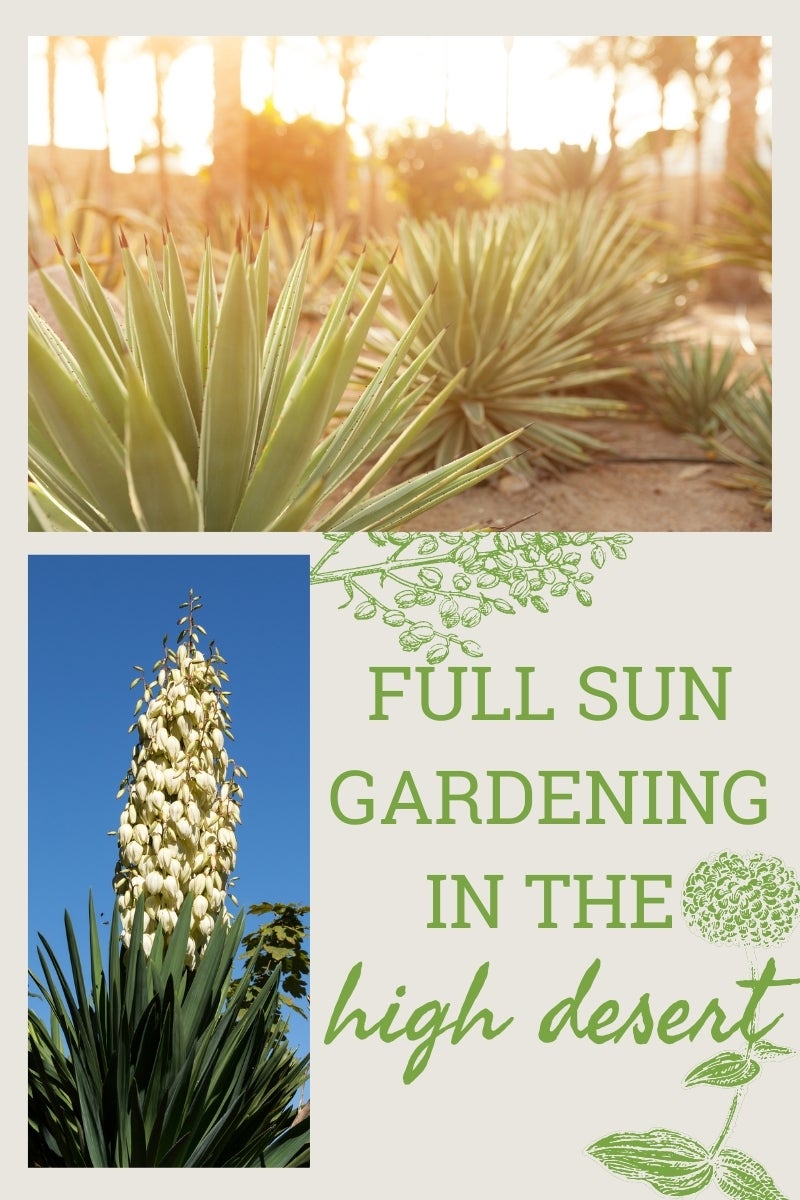 Shade is a precious commodity in my high desert garden. Other than one small area of lawn under a birch tree, the entire place is bathed in full sunlight from dawn until dusk.

I’m a sun lover, so I really don’t mind. I have to admit though, that I miss the ferns, fuschia, and hosta that grew so easily in my Portland garden. I’m fairly certain some hardier hosta would grow in my little shade patch, but then there’s a matter of those pesky deer.

These days, I prefer to accommodate the natural landscape and its inhabitants rather than trying to force them to accommodate me. Mother nature always wins, after all. The only deer-free zone is one smallish deck in the front of my house. Deer love to visit my pots filled with colorful annuals, but a sharp stream from a motion-activated sprinkler generally discourages them.

Otherwise, here are my go-to plants. They require little (or no) maintenance, and so far, deer tend to leave them alone.

Adam’s needle yucca: One of the previous homeowners was savvy enough to start several Adam’s needle yucca, also known as needle palm or Spanish bayonet. The plants are as tough as they come. They’re pretty year round, but the spires of creamy summertime blooms are spectacular.

Zinnias: Available in a rainbow of bright colors, zinnias are beautiful and tend to be passed by foraging deer. A little water now and then is enough to keep these hardy plants happy. I grow zinnias by seed, preferably liliput (semi-dwarf), which are tall enough to be showy, but offer some resistance to occasional wind, hail, and rain storms.

Yarrow is another native plant, often seen growing in fields and along roadsides in this area. Yarrow generally requires no attention at all, but like most plants, they attract hordes of bees and other pollinators.