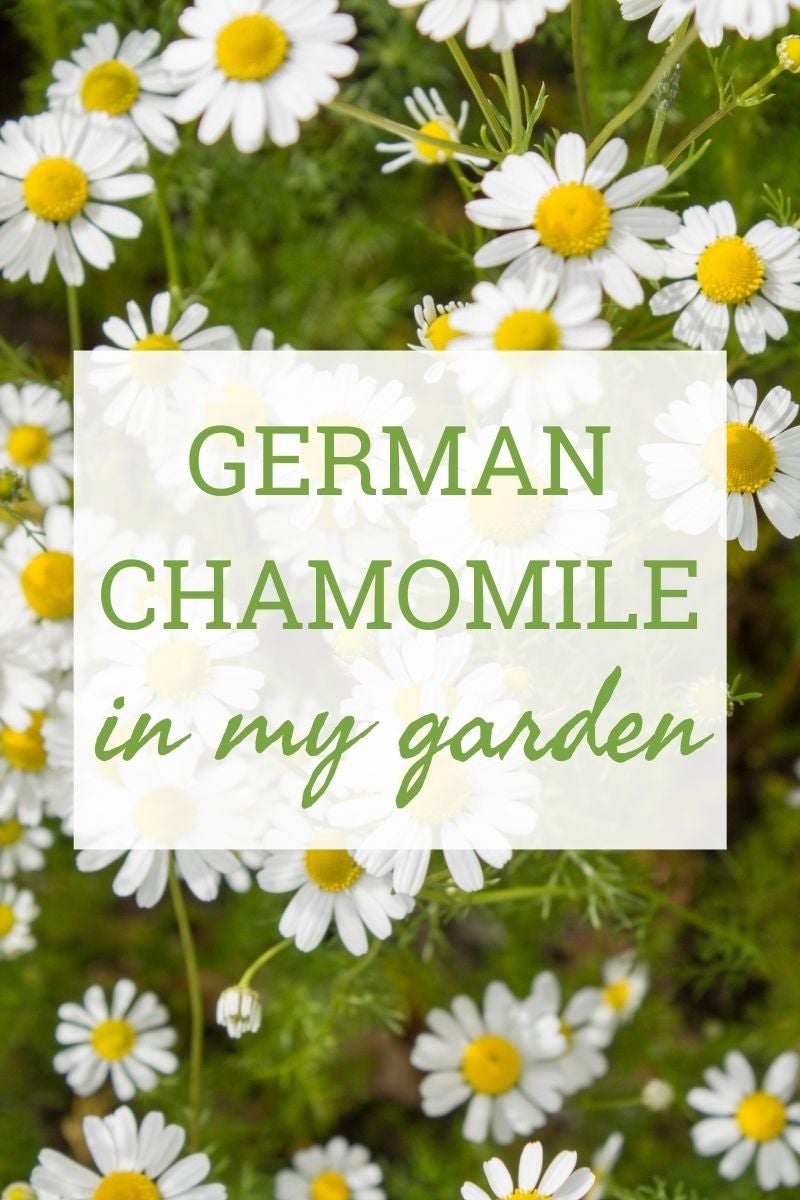 Though I had already been gardening for several years, it wasn’t until much later that I would begin exploring the notion of growing an herb garden. To be honest, the idea of planting herbs had always felt somewhat intimidating. I had tried to germinate a few different types of seed in the past, but it had always resulted in failure. When I started to grow more flowers in the garden, I decided to sow some German chamomile seed directly into the soil. Ultimately, this would begin my longstanding enjoyment of my small backyard herb garden.

What Is German Chamomile?

German chamomile is considered by many to be a medicinal herb. Believed to have a calming effect, its use can be found in a wide range of products – some of the most popular being teas, soaps, lotions, and various other cosmetics. As with any herb, it is important to do your own research on German chamomile before deciding to add it to your own garden. It’s essential to consult a physician before using herbs of any kind medicinally. German chamomile may be especially problematic to those with allergies (such as ragweed), who take certain medications, and should never be used by women who are pregnant.

The small, daisy-like flowers are quite attractive in the landscape, creating a natural “untamed” look. Fortunately for home gardeners, the plants are extremely easy to grow.

How to Grow German Chamomile

German chamomile is often referred to as a hardy annual. Hardy annual plants are those which can tolerate some exposure to cold temperatures or freezing conditions. In my zone 6 garden, I found great success with direct sowing the seed each fall. In the fall, the seed would germinate. Then, small seedlings would overwinter without any protection from the cold. With the arrival of spring, I was rewarded with large masses of apple-scented blooms. As the blooms opened, I was able to easily harvest each of the flowers using a special harvesting basket. Then, the chamomile flowers are dried and stored for later use.

Flowers that were left in the garden quickly went on to produce hundreds of thousands of tiny seeds. This results in significant reseeding each season. Due to its aggressive production of seed, growers should always consult with local agriculture extension agents before planting, as this will help to ensure that growers abide by local regulations that may exist regarding chamomile.