It Seemed A Good Idea At The Time 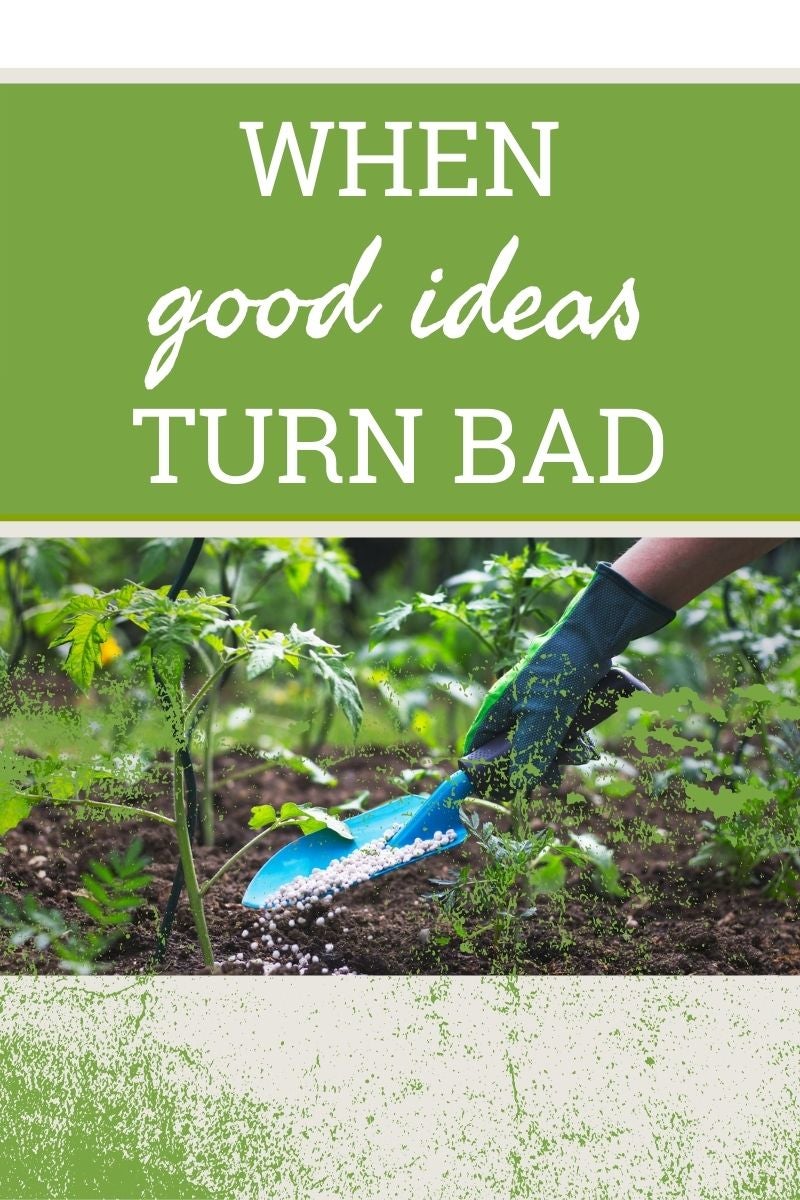 Many a remarkable tale starts with these seven words: “it seemed a good idea at the time.” Somehow, we are trained to believe that good intentions will bring good results, but this gets pummeled out of us all over time.

One of my best “good idea” stories involves my garden in France, when, despite being born on Earth Day and having the garden’s health in mind, I managed to kill the majority of the plants and alienate my neighbors at the same time, as I learned three important life lessons.

“Gratuit!” he repeated. And who could resist free garden fertilizer?

With the possible exception of Ernest Hemingway, “free” is often a writer’s favorite word. And it was mine, especially just after I bought and renovated my little stone house on the mountain in France. The place was dirt cheap compared to San Francisco, but I had left behind my law practice and was trying to make it as a writer, and free was definitely good.

The man offering me free fertilizer was from the farm at the bottom of the hill. The family had stepped up to help when I started renovating the place, which was lucky. Everything from a refrigerator to firewood had to be hauled up the hill and while they had tractors, I had not as yet found my trusty Toyota 4×4 that has now served me for 20 years. So when Paul offered me free fertilizer delivered in his tractor, I was very quick to accept.

Lots of my friends in San Francisco had vegetable gardens when I left, and many of them swore that manure was the best fertilizer around. It not only adds nitrogen and a variety of other nutrients and minerals to the soil, but it is also organic matter that adds texture to the soil. That makes plant roots happy.

Paul delivered the load of cow manure while I was not home. He dropped it from the tractor into small piles around the garden area, then spread it around. At that time I was still walking up the hill. I came home a couple of hours later and started smelling something awful from halfway up. At the house, the cow-poo smell was overwhelming. I went to a friend’s house to sleep and people hiking the nearby trails complained about it for a week.

That is the fact: herbicides kill plants despite helpful intentions. Once the odor died down enough that I could stay at the house again, I bought and carried up flats of vegetables: tomato plants and pepper starts and spinach and lettuce and a dozen other favorite vegetables. I was going into home gardening in a big way and, though I had to make a dozen trips by foot from the bottom of the hill to the top, I was happy.

But once the little plants were tucked into the soil, strange and unpleasant things started happening. The leaves of the tomatoes started thickening and twisting. Eggplant leaves turned brown. Some starts died outright but most limped along, getting weaker by the day. It looked like they were being poisoned.

Finally, I asked Paul if he had sprayed anything on the hay he grew for the cows. He told me about a new herbicide the department of agriculture was pushing, one designed specifically for hay growers and cattle farmers. It was an aminopyralid, declared safe for cattle to eat. But beware of using the manure in your garden. I couldn’t grow anything in those fields for three years.