Dream (Or Nightmare) Plant To Grow – The Corpse Flower 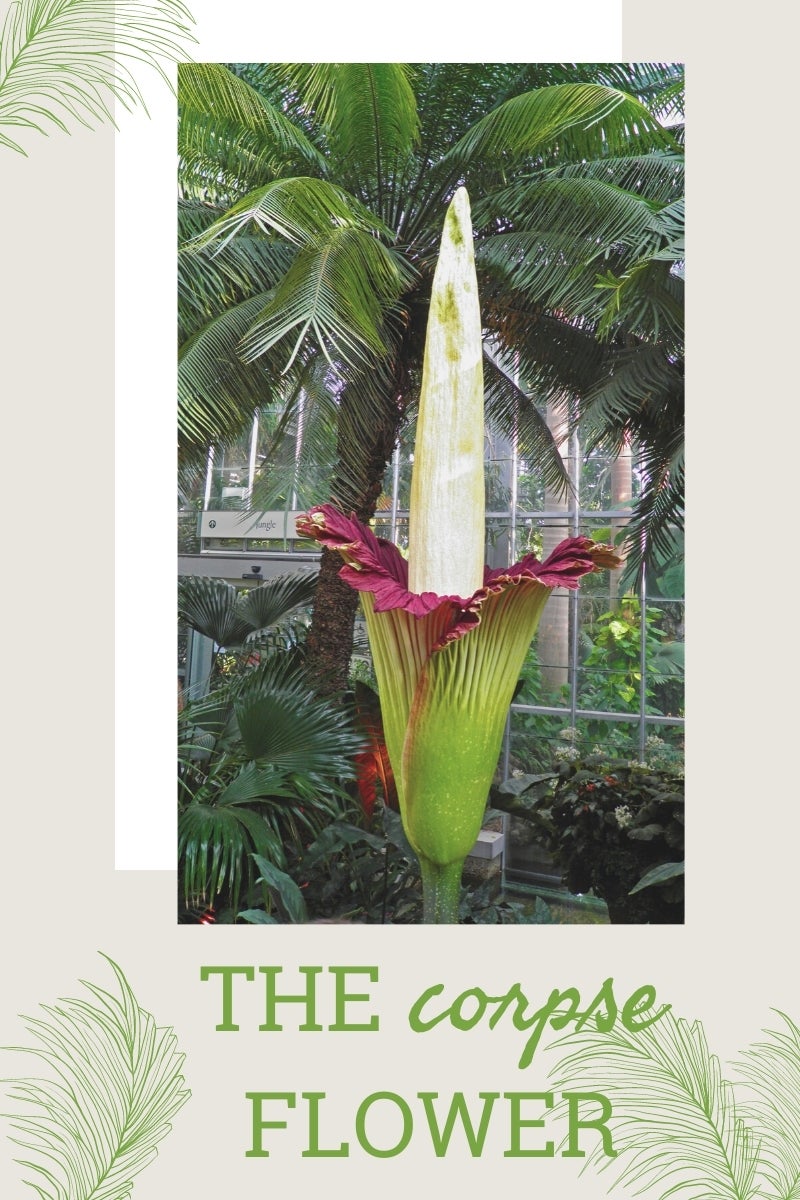 I love plants, but I am somewhat constrained in my choices due to the region I live in. There are probably hundreds of plants I’ve never grown and would love to. For instance I’ve always loved orchids and would love to have a dedicated greenhouse to grow all the myriad types.

I’m not alone in my love of orchids and my lack of success growing them. If I were to really think outside of the box though I would want to grow a plant no one or hardly anyone grows.

Many years ago my sister and I decided to take a day trip to the University of Washington Botany Greenhouse. This wasn’t because they have countless cool and unusual plants (they do), but because the corpse flower was in bloom.

The corpse flower (Amorphophallus titanium) or titan arum has the largest unbranched inflorescence in the world. Native to Sumatra where it rarely blooms in the wild, the corpse flower was first cultivated in at the Royal Botanic Gardens in Kew, London, UK.

Not Your Typical Garden Plant

Cultivation of the plant has since spread around the world but, due to the advanced nature of pollination techniques, is only grown by professionals (until 2011 when a group of California high school kids coerced one to bloom!).

It is an awesome specimen not only for the size of the inflorescence (a world record 10 ft 2 in (3.09 m.) tall in 2010), but for the rarity of the bloom. A corpse flower will take 7-10 years in cultivation to culminate in a bloom, and then may not bloom again for another 7-10 years.

The other outstanding characteristic of a corpse flower is its stench. Some say it smells like cooked cabbage, smelly socks or rotting meat. Regardless there is a reason for the cadaverous reek. The smell attracts the necessary pollinators, carrion eating beetles and flies.

So we went and stood in line to view, and smell, the corpse flower. To me almost nothing is worth standing in line for, but in this case, the sight of such a specimen was worth the wait.

I must say though, I was somewhat disappointed not to smell anything. I thought maybe they had some of those deodorant stick ups or plug-ins going, but after some research it turns out the most intense smell occurs immediately upon opening and fades gradually thereafter.

Maybe we had come too late to view the inflorescence to get the full effect of the smell, or maybe it was the guy in front of us– he was doused in after-shave. In any case, growing a corpse flower sounds like it would be quite a botanical feat, one I don’t think I will be trying any time soon unless those high school kids want to give me some pointers.