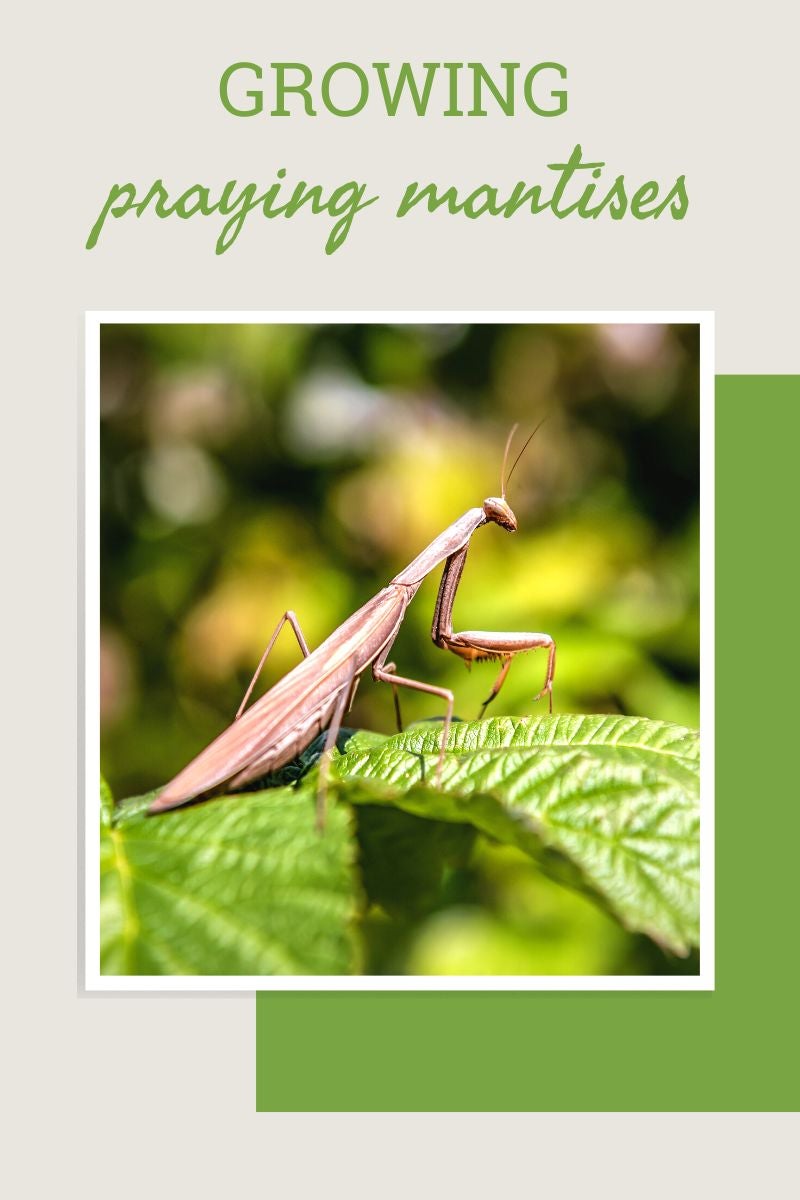 I do more than grow plants in my garden. I also grow insects. I try to support the natural population of insects by using native plants and not using pesticides. I also hatch praying mantises, a predator insect that helps keep pest populations lower.

About Mantises in Michigan

I have fond memories from childhood of finding these impressively large, alien-like insects on multiple occasions. As I got older, it seemed like they disappeared. I could go ten years without seeing one.

The mantises found in Michigan are not native, but they have been here for more than 100 years. We have two species: the larger green-brown Chinese mantis and the slightly smaller and greener European mantis.

Hatching Mantises for the Garden

Praying mantises have a few claims to fame. First, there is the appearance and size. The Chinese mantis can grow up to about five inches (13 cm.) long. They are also notorious for the fact that the female of the species often cannibalizes the male after mating.

To add these useful predators to my garden, I purchase three to four oothecae, or egg cases. They sit in a container in the house until the day they hatch. Mantises are born as nymphs, which means they look like adult insects but much smaller. They go through several molting stages to get to adulthood.

When I see a hundred or so tiny mantises in the container, I take it outside, leaving the lid open. I put it in a safe place under some hosta leaves and let them venture out and away. Of course, most won’t survive, but I hope a few will and make my garden their home. It’s always a treat to spot one later, either full grown or on its way.

For a gardener, the most interesting thing about a mantis is its predatory nature. Mantis species have been evolving for millions of years to be perfect little hunting machines. They eat a wide range of smaller insects, making them a natural way to manage pests.

A mantis hunts by blending into its surroundings and either waiting on prey to get close or slowly stalking it. The mantis uses its large eyes and swiveling head to spot its prey. It then lunges lightning-fast, catching the unsuspecting prey between its thorny front legs.

Because there are no mantis species native to Michigan, the introduced species don’t out-compete any native mantises. In other states, I would feel more conflicted about hatching mantises. The Carolina mantis is native to areas south, and is eaten and out-competed by the Chinese and European species.