Vines Are Divine: A Love For Growing Vines In The Landscape 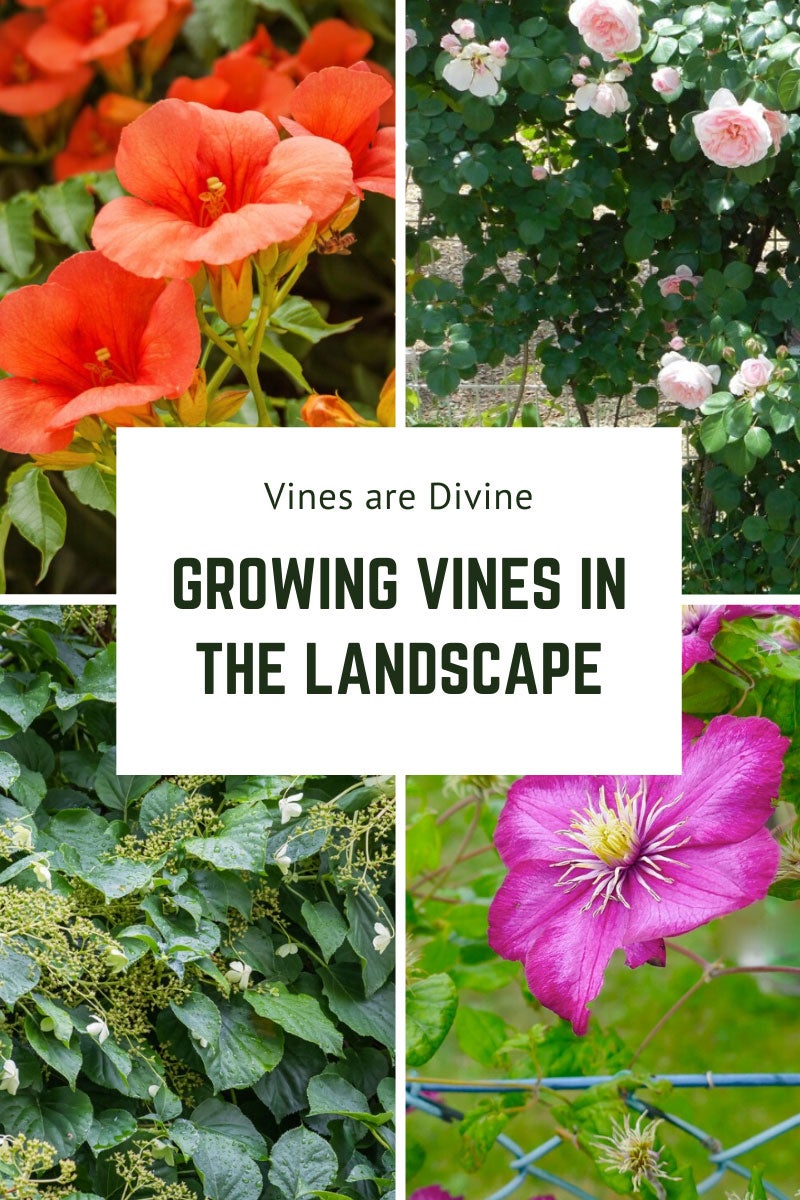 I know when I say I’m mad about vines there will be plenty of people who think I am certainly mad, like insane. Yes, vines can be invasive, rampant and, if left unchecked, downright destructive – but I love them anyway.

My Love for Growing Vines

What’s not to love? Most vines grow so rapidly you can practically see them growing, which to me is magical. Many bear stunning flowers and others sublime fruit. They can be used to create a private oasis in a world that is increasingly public.

Yes, I see the point of the naysayers who say that they can also take over a garden, outbuilding, tree or even a home, but these people lack the nerve to tame the chaotic vine. Because, yes, for the most part it is true that vines have a tendency to get out of hand. Even those which seem trained into submission can snake out, take over or elicit an unwanted second, third or fourth vine, all while your back is turned. Still, vines are divine.

In my garden, I have a total of seven perennial vines. Of course, those are just the perennial vines. In my defense, I have a good reason”¦ a home that is surrounded by ugly chain-link fencing. If you have a chain-link fence, then you know it’s like being in a boring fish bowl. The vine project began as a way to provide some seclusion, but in an attractive way; and in the process, I discovered a true adoration for all things vining.

Vines in the Landscape

I have planted trumpet vine, a climbing rose, two hardy grapes (one white and one red), clematis, akebia, and a climbing hydrangea. So far, I have had no issues with any of them with the exception of the trumpet vine. A note of caution, if you move your trumpet vine, make sure you get ALL of the roots or you will be seeing more trumpet vine whether you want it or not. Just saying.

Oh, and there is actually one more vine in my landscape that I almost forgot about because it was here when I bought the house: Virginia creeper. Virginia creeper has practically taken over the town I live in and can be found growing wild and unbidden on telephone poles, abandoned buildings, you name it.

I rather like my Virginia creeper though, and yet, this is one vine that shouldn’t be taken lightly. It has popped up in multiple areas of my landscape, but I can’t seem to find it in my heart to eradicate it. It’s just doing what vines do after all.

In the end, I’m not done with vines. I have a few more that I would like to plant, and I probably will. The key to growing vines in the landscape is to let them know who is boss. This means keeping an eye on them and, if need be, wielding the pruners rigorously. Go forth boldly with your loppers and don’t let the vines smell your fear.