Haunted By Plantings Past 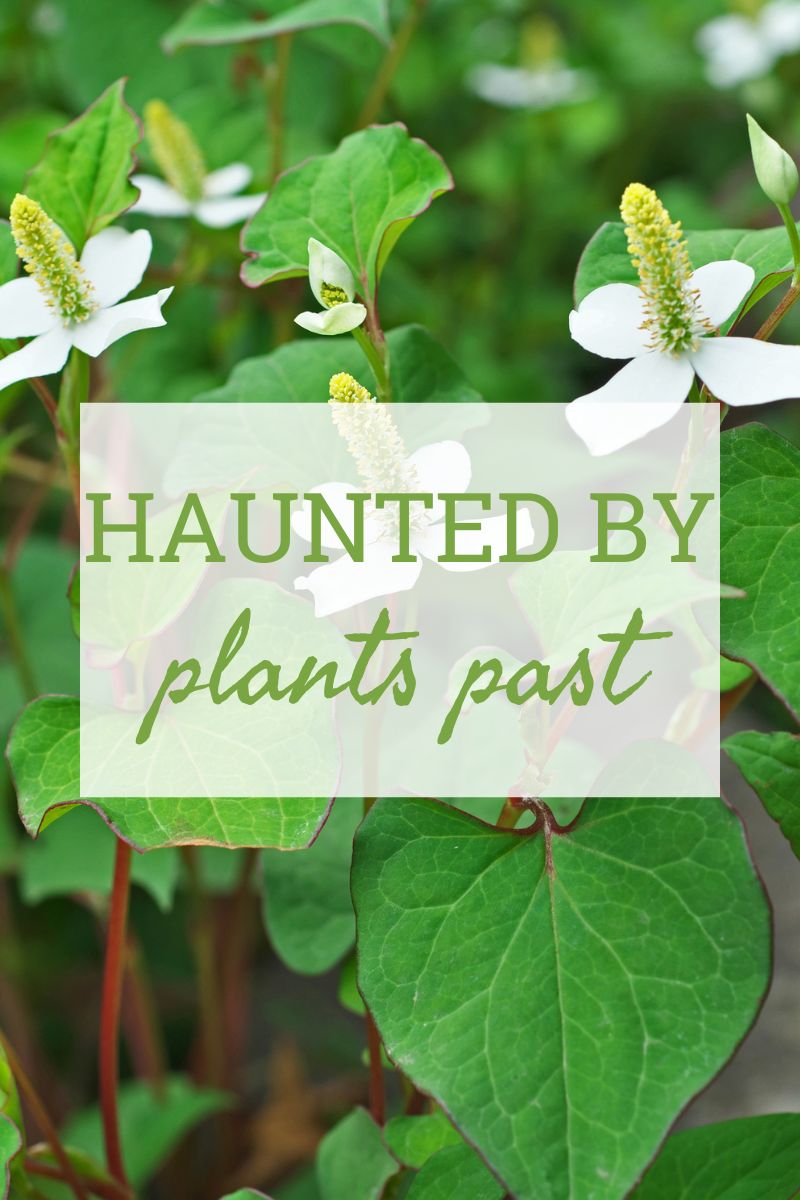 A weed is a human construct right? It’s just a plant in the wrong place, but for the avid gardener who finds a flower taking over and out-competing other plants, a weed is just a weed. I have had a few sources of flowers that turned into a major pain and that continue to need weeding every single year.

What is a Weed?

Some would say it is a plant out of place or a yet unloved flower. For me, a weed is typically invasive but also a plant that takes over and is hard to eliminate. A weed keeps coming back for more, no matter what you do.

A previous owner used groundcovers that have been impossible to eradicate. Short of blowtorching the whole area, they’re probably here for good. I’m not generally against groundcover, but when you want to create a pretty bed of native perennials, these low-growing invasives often get in the way and out-compete the growth of the natives.

The worst one that I deal with annually is chameleon plant. Houttuynia cordata is an aggressive rhizome spreader that doesn’t come up easily when pulled. I can see why the prior owner planted it, though. We have some deep shade in the yard, and it does well in those corners.

Chameleon plant is also attractive. It has variegated leaves with green, yellow, and red and small white flowers that bloom in spring and summer. Unfortunately, its behavior is less attractive. In one corner bed, it climbs up the lovely ferns I want to grow in that area and have to be cut back. In another bed, they grow all around the hostas.

Removing chameleon plant has become an annual chore that doesn’t make much dent in its rapid growth. The roots don’t come up easily, so I have to carefully dig around other plants. I often give up and simply cut it back regularly.

Another nuisance plant is a vine, morning glory. This is yet another plant put in by a previous owner. It’s beautiful, and to be honest, I don’t know for certain if it is morning glory or a plant called bindweed.

Whatever the true identity, it produces pretty, white-to-pink flowers like morning glory on vines that will climb anything. The main problem they cause is that they grow around and up my daylilies. Over the years, I have found that if I don’t keep the vine in check, the daylilies suffer.

I have come to accept my flowering weeds, not as something I allow to take over, but as an extra garden chore. After trying weed barriers””and unwilling to use chemical control””I simply set aside time for pulling and cutting throughout the growing season.