Houseplant Obsession: How My Indoor Plant Growing Got Started 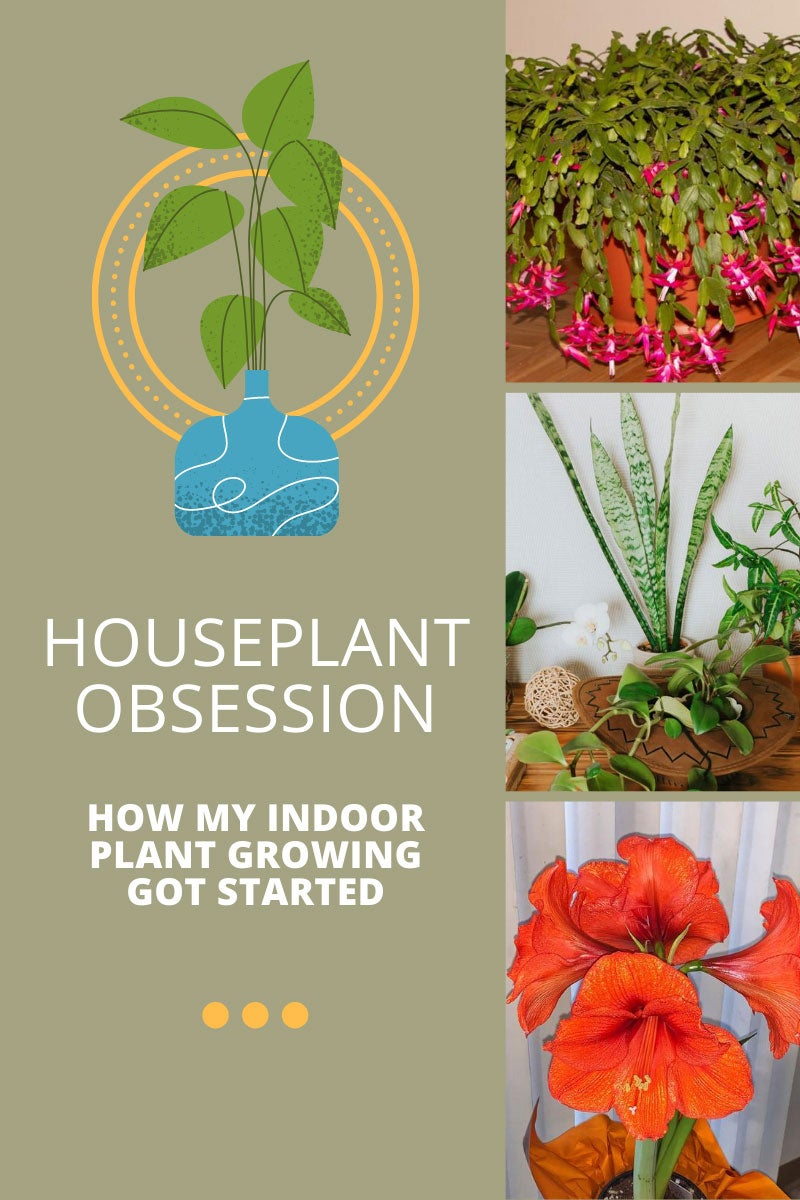 I would venture to say that my houseplant obsession started in a way much different than most. I’m sure many people start out with a cutting someone has given them. Then they’ll catch the “houseplant bug” and the rest is history. I’ve seen this happen a lot! In my case, my obsession started out when I was a child and a big contributing factor was my father smoking up to two packs of cigarettes a day. So, how is my father’s smoking habit relevant, you may ask?

I was always an inquisitive child and I started growing houseplants in grade school and even hybridized my own African violets in high school. My family is from Italy and I’m a first-generation Italian-American. Gardening has been in my blood and has always been a very critical part of my life. Everyone in my family has always had large vegetable gardens, flower gardens, and indoor plants.

Being the inquisitive child that I was, I had read somewhere that houseplants clean indoor air and this was all I needed to hear. At that point, I was already obsessed with houseplants and it propelled me to cram as many houseplants as I could into the large picture-window of my parents’ house. I hated my father’s smoking so much that I tried to grow everything in that window. It was a southern-facing window, so I was blessed to have plenty of light for the growing my houseplant collection.

I became even more obsessed with houseplants and collected a wonderful variety. I remember having a lipstick plant that was hanging right in the middle of the window. It was lush and gorgeous and full of flowers. I also grew an Epiphyllum oxypetalum from a cutting that my great aunt had given me. It eventually grew to the ceiling. One of the specimens I was most proud of was an amaryllis that I kept for about a dozen years until I went off to college. It grew into a cluster of multiple bulbs and each bulb produced one to two flower stalks, each with four to six giant orange flowers every year.

The other notable specimen that I was really proud of was a Christmas cactus I grew from cuttings that came from my great aunt. It hung in front of a large northern exposure sliding door and, after 15 years, it was probably two feet in diameter and three feet long. In fact, it grew so large that part of it collapsed under its own weight! It was so big that it stayed in bloom for almost five months straight.

My love of propagating plants probably came from my great aunt who always seemed to break cuttings off anywhere she went, or received cuttings from coworkers. All these experiences as a child set the stage for a great foundation and lifetime obsession with growing houseplants, one that I don’t regret one bit of.