That Time I Bought A Carnivorous Plant 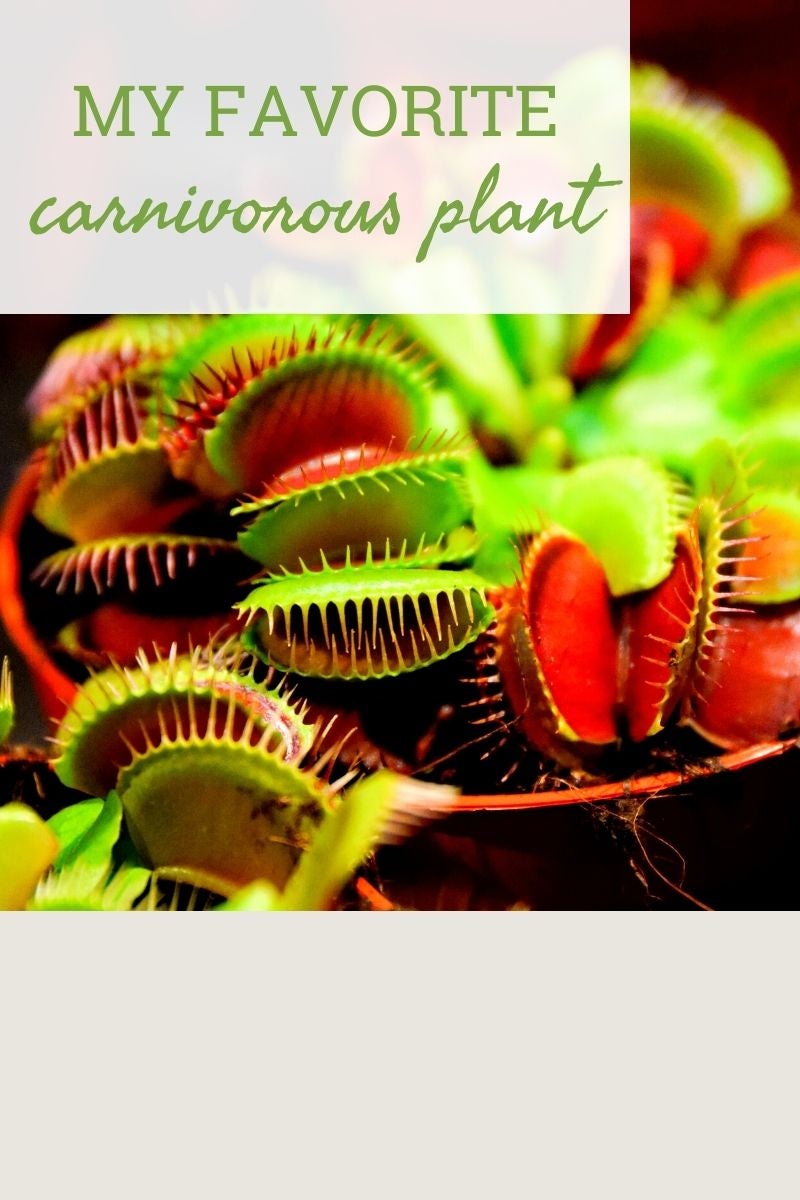 One of my favorite gardening hobbies is building and maintaining terrariums. When I learned that carnivorous plants do well in the moist, warm environment of a terrarium, I knew I had to have one.

What Are Carnivorous Plants?

Carnivores are truly unique in the plant kingdom. Unlike the vast majority of plants, they can trap, digest, and take energy from meat. Most of these plants consume small insects, but there are also larger carnivores that can actually eat small reptiles and mammals.

Many carnivorous plants are native to wet, boggy environments. Where I live in Michigan, we have the native pitcher plant, which traps insects with a slippery entrance into a pool teeming with digestive enzymes.

A common misconception about carnivorous plants is that they survive solely on animals. In fact, they cannot. They need photosynthesis and root systems to survive. The evolution of carnivory is a supplement for these plants that live in low-nutrient environments.

I knew I needed a carnivore for my terrarium, especially when I learned you don’t actually have to feed them flies. The obvious choice for me was the most famous of carnivorous plants, the Venus flytrap.

Native to North and South Carolina, the Venus flytrap is the quintessential carnivore with its toothy appearance. Unlike a pitcher plant that allows insects to slide in, the flytrap snaps shut on its prey.

What looks like teeth on the trap are projections called trichomes. When touched, the trap snaps shut. To avoid using too much energy on a misfire, the trap will only shut when an insect touches the trichomes several times. Once in the trap, they interlace to keep the fly stuck inside where it can be digested.

I found a flytrap at my local garden center that specializes in terrarium plants. They had pitcher plants too, but I knew I wanted the Venus flytrap. A terrarium is a great environment for it: moist soil, indirect light, and average-to-warm temperatures.

Unfortunately, my Venus flytrap didn’t last forever. Keeping plants going in a terrarium, even for those that are well adapted to the conditions, is a careful balance. I kept mine alive for several months and felt bad when it didn’t make it. Maybe I should have introduced some flies.

A Venus flytrap was by far the most unusual plant I’ve grown, indoors or out. I may try another carnivorous plant in the future, but I want to learn more and make sure I provide it with everything it needs to thrive.