I Hate To Throw It Away 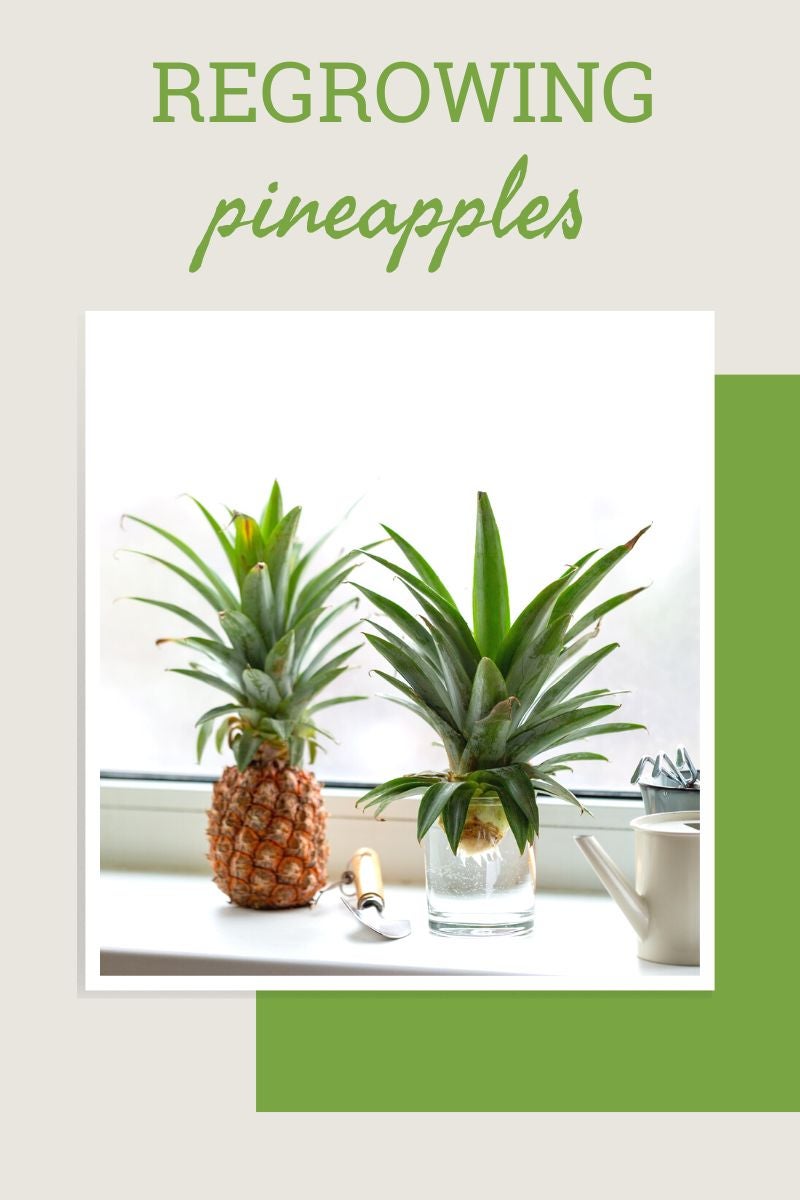 It is all the rage on the internet. Growing kitchen scraps. I have grown green onions, carrot tops, and other things with some success. Growing pineapple, however, is a skill that has eluded me. You need nice, fresh green shoots prior to planting a pineapple top in soil. Would I get fruit though?

I’m by nature one who hates to throw things away. I use every scrap I can from kitchen prep in my compost bin, but some things just don’t break down well. Pineapple tops are one of those things. Even when you cut them up little, the alligator-like skin takes forever to compost. So, I wondered, how do you grow pineapple? My grandmother always suspended her avocado pits in a bit of water to grow them, but I never saw anyone in the family attempt the top of a pineapple. This led to internet research.

I had tried it prior to the internet. Just nestling the cut top in a bit of water to see if new leaves or roots would form. The early attempts resulted in a rotten base. This didn’t dissuade me. In fact, it made my determination even stouter. Research might be the key to this desire for growing pineapple.

The all wise internet advised chiseling down the meaty base to a point. It also advised culling the dead leaves. The first attempt with these instructions did indeed provide me with new leaves. After I had the leaves, I made a nice well-draining soil for planting the pineapple top. Things went well for months, and I assume roots were formed. I moved the plant outside in summer and watered the plant. Within a couple of months, however, the leaves withered, turned gray, and died. End of experiment.

Fast forward to this year. In a pandemic we all tried something crazy. As evidence, I am on my fifth attempt to make sourdough starter. Fingers crossed. Back to the internet to ask, “how do you grow pineapple?” More searching finds some key things I missed. You need to let the top callus. Strip off the top leaves until you see the little root nibs. Then let it sit out dry for a few days. Things will shrivel. Next, place the top in some water. Change the water frequently! Apparently, you should be waiting for root growth before planting a pineapple top. Seeing new leaves is not the first step in growing pineapple.

How to Regrow a Pineapple

I tried this method and never did get roots. There is another method for growing pineapple. Different prep method. Twist the top off. It is a rather brutal task and requires some garden gloves but removes most of the flesh. The flesh is what can cause rotting. Remove the lower leaves to expose the crown and let it dry again. Then plant it in a mix of soil, perlite, and sand. Give the little guy six hours of sun and keep moist. Provide some humidity by misting. Supposedly you will see new growth in six weeks or so.

Ok, did that. Do I have a pineapple plant? Not at all. I have more compost. Should I try again? Einstein said something like, doing the same thing over and over and expecting a different result is insanity. Am I insane? Will I try again? Probably. I am dogged when I want something, and this is a simple thing. Someday I might have a leafy pineapple plant and someday I might produce a pineapple. I’ll keep trying.