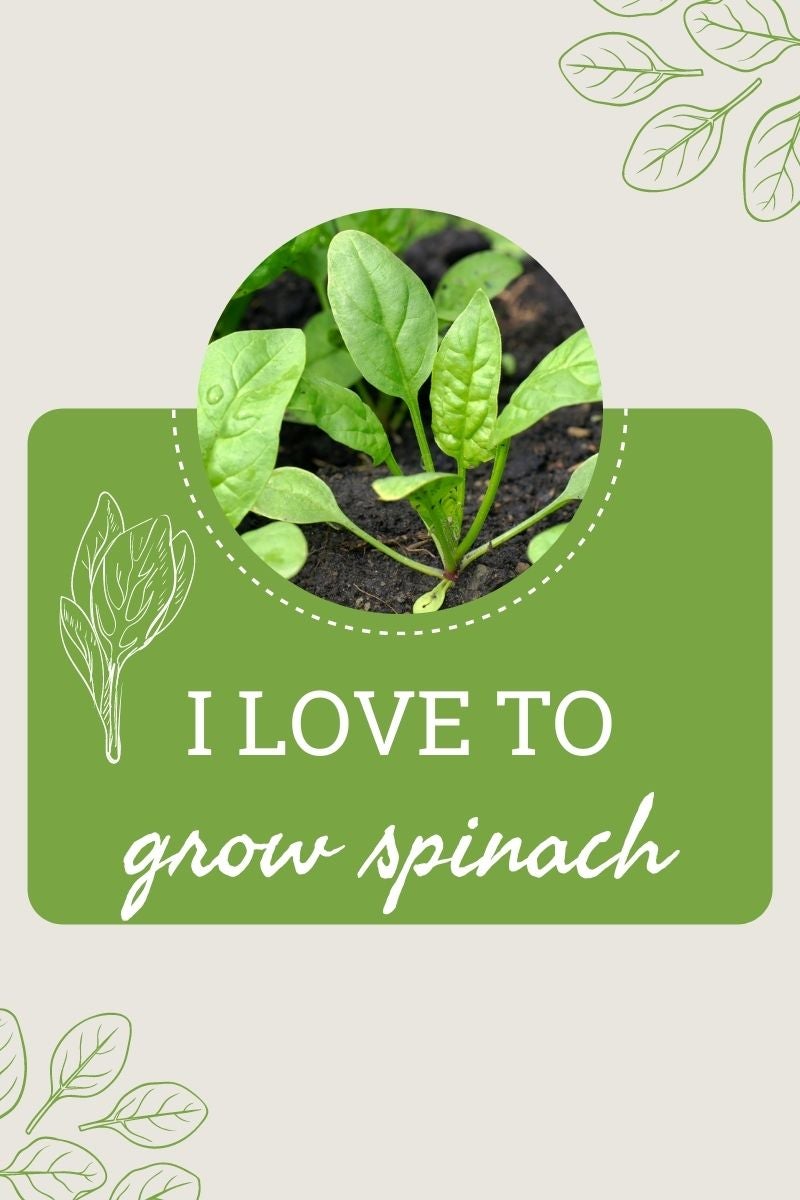 Impatient gardener that I am, I often plant starts when it comes to vegetables, but I made an exception for spinach. Yes, I like spinach and even watched Popeye as a child, but the real reason I picked spinach for this grow-from-seed experiment was its haste to move from seed to edible.

It was during the lockdown part of the pandemic, I had time on my hands and empty garden beds. I wanted to see crops in my garden post-haste and spinach makes the leap from seed to table quite quickly. Nothing went quite as I had planned.

The Joys of Spinach

As I mentioned, I like spinach. As I top out my second decade of being a vegetarian, you would think that I have a warm relationship with all vegetables, but that is not the case. I have no use for okra after all this time and I’m still looking for a good recipe for some of those winter squash types. Although I love leafy greens in general, bitter greens don’t appeal to me.

Spinach is one of those leafy greens that I love. It can be used in salads and is delicious in omelets and crepes as well. It also stands alone as a cooked veggie, sweet and delicious. As I opened the seed package and placed and lightly covered the seeds, I visualized the large plate of spinach I would eat in a few weeks.

For the next few days, I watched the wild birds come down to the newly worked soil, doubtless in search of earthworms. In time though, I grew alarmed at the lack of new shoots. Germination time for spinach seeds is a matter of hours, not weeks. So, a few weeks later, I was dismayed to have seen nothing, I realized that the seeds, not earthworms, had attracted birds. I opened a second seed package.

This time I protected the bed with a row cover, and I experienced the joy of watching little shoots appear and leaf. As the seed package promised, the plants grew fast. By the end of the next two weeks, each plant had multiple leaves and appeared to be strong and vital.

At three weeks, I removed the row cover and let the spinach fend for itself. This cool weather crop didn’t suffer at all when temperatures in San Francisco dipped to 40 degrees F. (4 C.). After all, spinach is a cool weather crop and prefers chilly days to come to maturity.

After the bird disaster, no further problems appeared to slow my spinach crop. The entire square of garden bed was filled with lush green leaves, and I watered them several times a week. I even tasted one to be sure the spinach was sweet, and sweet it was, sweet and crunchy.

By the time the first spinach leaves were ready for picking, I was more than ready to eat spinach. I like spinach– I really do like spinach– so I picked a basketful of fresh, beautiful leaves for dinner. I cooked a little wild rice as well, and a small salad of fresh tomatoes and goat cheese, but the main course was to be a heaping plate of cooked spinach. I steamed every leaf I had picked, an entire basketful, but I had forgotten how much it shrinks! When it was cooked, that basket of spinach was less than a cup and I was glad that nobody was invited to dinner.