I Miss Garden-Fresh Veggies In The Winter 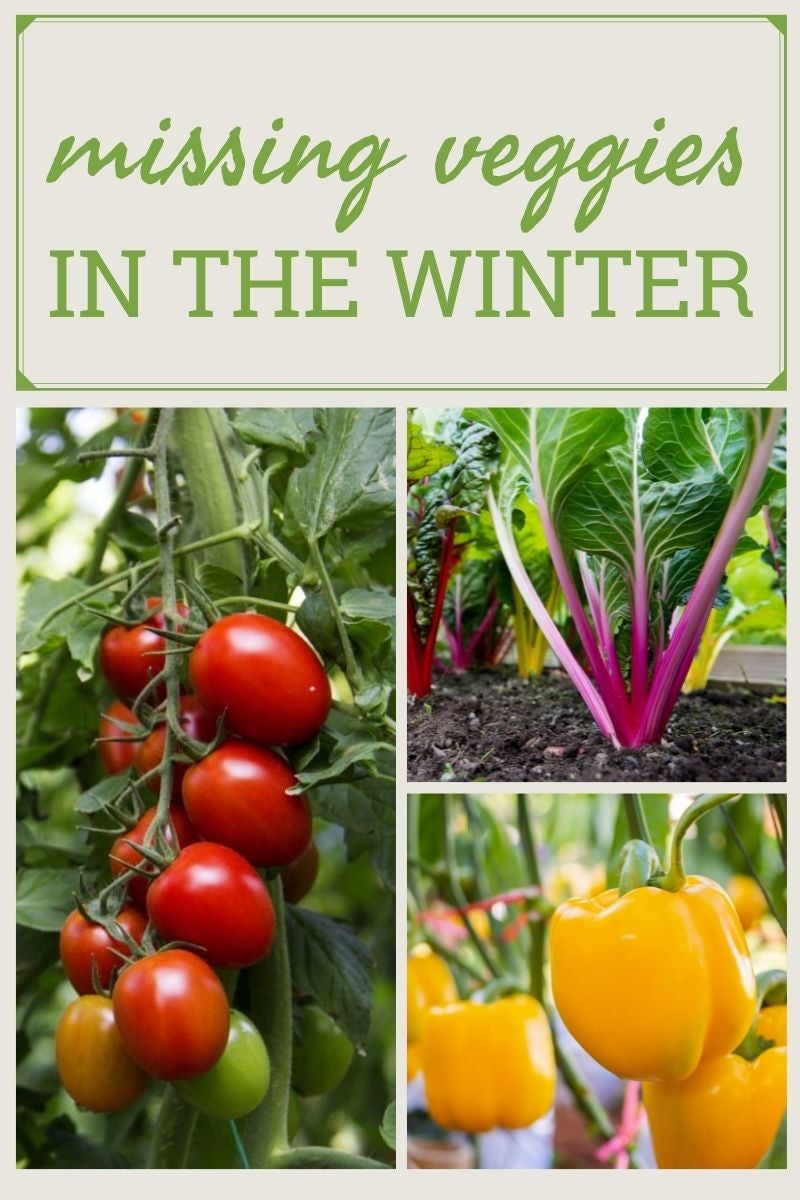 Here in Northeastern Ohio, the outside gardening season usually draws to an end in mid-fall and doesn’t resume until late spring. For me, the thing I miss the most during these cold winter months is the abundance of fresh produce from my vegetable garden.

I typically grow a fairly big home garden. I start my own plants and often end up with way more pepper seedlings than I need. That’s because I like to use a variety of peppers in the kitchen, each for the unique color or flavor it imparts. It’s hard to imagine how those tiny seeds grow into huge, productive plants in just a few short months.

Some of my favorite pepper varieties include Big Bertha and Corno di Toro. Left on the vine until fully ripe, Big Bertha peppers turn bright red. These jumbo-sized bell peppers have a sweet, mild flavor that’s perfect for salads of all types. In contrast, I love the spicier, sweet flavor of the corno di toro peppers for salsa and Mexican cuisine.

For stir-fry, omelets and for fried peppers, I grow bell peppers in an assortment of colors. From vivid purple to bright orange, I generally purchase a mixed pack of seeds which contain undisclosed varieties. I’ve never been disappointed in the diversity of colors I find in the garden come summer.

As for tomatoes, I mostly grow an heirloom paste type which I use for canning. I also plant a handful of other tomatoes for table use. These include cherry tomatoes for salads and beefsteaks for slicing.

The rest of the garden is filled with small patches of many different types of vegetables. These can vary from year to year, but there are several that can almost always be found in my garden. These include peas, onions, zucchini and potatoes.

I usually include a row or two of drying beans in the garden. My favorites include kidney and black beans, but I’ve tried cranberry, great northern and lima. Likewise, I switch up members of the cabbage family from year to year. After all, there is only so much space available, even in a large garden.

So what motivates me to grow different veggies each year? Sometimes I enjoy the challenge of growing new types of veggies or I simply want to experiment with different varieties. Mainly, however, it has to do with cooking.

Whenever I find a new recipe my family enjoys, I’m almost certain to try growing the ingredients in my garden the next year. Success is often hard to anticipate when growing new crops, so more often than not it’s a case of feast or famine come harvest time.

If I have an abundance of a new veggie, we often grow weary of eating it. If it was ravaged by the deer or rabbits, I’m unlikely to try growing it again soon. Either way, I’m usually up for trying something new the next year.

Which brings me to my conclusion. While I definitely miss my fresh veggies during the winter months, I wouldn’t want it any other way. The break from the garden rejuvenates me and gives me plenty of time to decide exactly what I want to grow when the warmth of spring finally arrives!