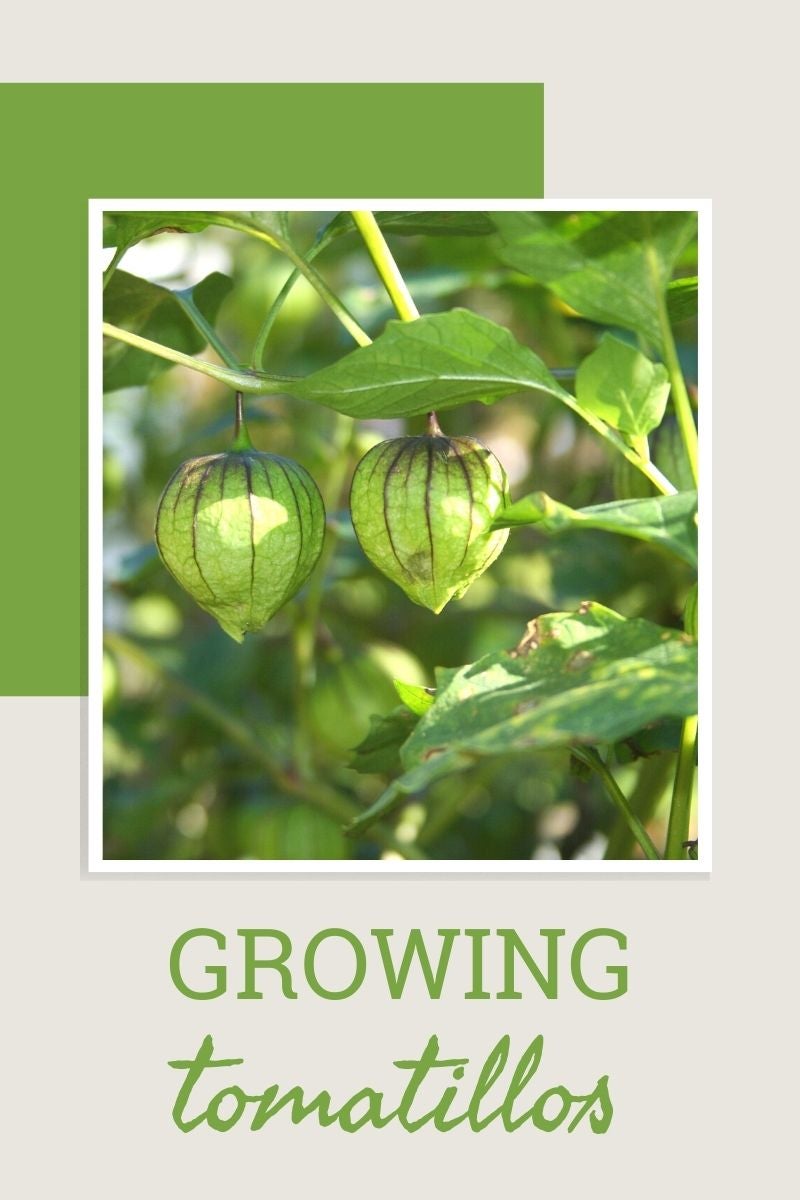 I like red salsa just fine, but I really love Salsa Verde. I have made it at home plenty of times, but I have to source tomatillos. That was easy when I lived in a large city, but out here in the sticks, it is impossible. So, I decided to try growing tomatillos. I figured I could use them fresh, and also can some for winter use. My first attempts were dismal, to say the least. I didn’t get anything. Yet I persisted and the story has a happy ending.

In the cool, damp parts of the Pacific Northwest, there is very little sun and a short summer. My desire to grow my own tomatillos was really just out of curiosity. I could buy them at most of our supermarkets during their harvest period, and specialty markets had imported tomatillo varieties. Initially, I started my plants from seed. Bad idea. The short growing season meant I had just a few, almost hollow husks before the cold weather arrived.

Undeterred, the next season I purchased plants. I figured they were larger than the ones I grew from seed indoors and had a great chance of giving me a harvest. However, growing tomatillos where there is a lot of moisture tends to lead to mildew disease. You guessed it. My fruits were riddled with black spot and other fungal issues and mostly useless.

I’m not normally this persistent, but I really wanted to master this fruit. Coincidentally, we moved to the other side of the mountains, where the summers are long and super-hot. I was assured of success this year. First, I considered the various tomatillo varieties and opted for Toma Verde, which is a heavy producer. It is also quite easy to grow. I again purchased the plants and set them out after the soil had warmed and all danger of frost was past. Sadly, this was the year we inadvertently poisoned our soil with locally sourced manure and hay that had been contaminated by a broad spectrum herbicide. The leaves shriveled and the plants failed to thrive no matter how much love I gave to my tomatillos. Was this kismet or something else?

My four year journey isn’t over. I will get fruit this year! I’m going to put them in an uncontaminated area of the landscape, in full sun, where I have amended the soil with compost and a bit of sand because our natural soil is compact. I started by seed this year and the little plants are already in their grown up pots. With just a month to go before I can plant them outside, they are reliant upon their plant lights and a little bit of pinching from me to keep them bushy. I have blossom set spray, tomato (good for tomatillos too) spikes, and plastic mulch. I’m ready for this challenge.

I haven’t had Salsa Verde in years. They don’t carry tomatillos, nor a jarred version of the sauce in our market. The prospect of fresh fish on the grill topped with Verde sauce, or crunchy tortillas dipped in the salsa, has my mouth watering. I can’t wait, but I must.