If My Plants Talk To Each Other, I’m In Trouble 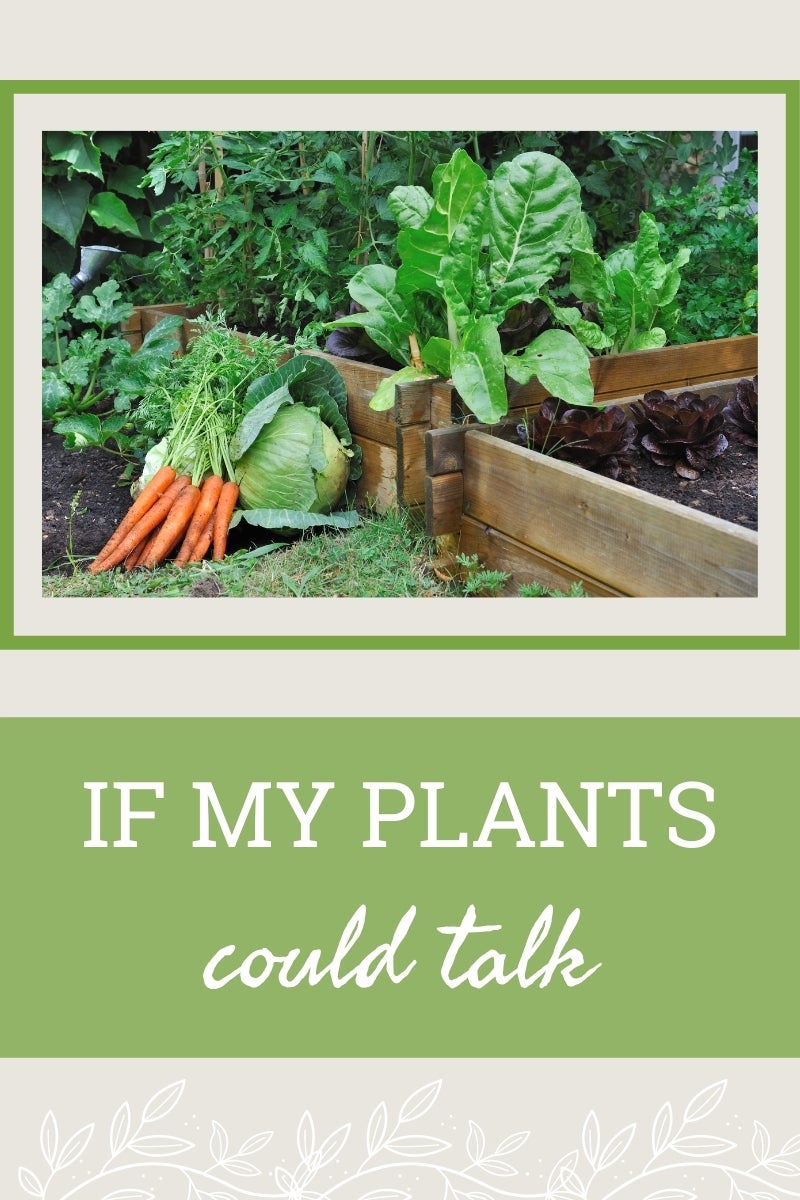 Most gardeners are aware of studies which revealed talking to plants makes them grow bigger. It has been suggested that by talking to plants we create vibrations and this may, in fact, be one way in which plants communicate with each other.

While the notion of talking plants may seem better suited for science fiction, research studies have also suggested that plants communicate with each other by releasing chemicals into the soil and air. But if plants talk to each other, what do they say?

I can only imagine what my plants would be saying if they could talk. “Hey Lady, I’m thirsty. Who ya gotta pollinate around here to get a drink?” Would my garden tomatoes tattle to the peppers about the way I bound their limbs so tight they couldn’t move?

Would my plants whisper gossip behind my back? “Hey Rose, did you know she’s killed five other tea rose plants before you?” Or would they appreciate my efforts? Would Jade compliment the way I pruned Kalanchoe by saying, “Hey Kal, like the haircut?”

Would talking plants be as vocal as my dogs at dinnertime? Would they pester me by saying, “I see you’re eating a banana. I’d like some potassium, too!” Or would they scream and yell like a toddler who is not getting his own way? Would the constant chitter-chatter from all my plants make my house as deafening as the din of a crowded restaurant?

How Do Plants Communicate

This SOS method of chemical communication is obviously much quieter than the sci-fi personification of talking plants. And maybe someday, we’ll have the scientific knowledge to interpret this form of communication as a diagnostic means to identify and treat plant diseases and pest infestations.

In the meantime, I believe our plants do talk to us in other, more subtle ways. The slight droop of leaves tells me it’s past time to water. Yellowing foliage is a telltale sign that something is amiss. Leggy growth is an indication of insufficient light, while burnt leaves mean too much sun.

This form of silent communication is a language I, as a gardener, had to learn. And as I’ve evolved as a gardener, I’ve discovered how to use my eyes to listen better and my experience to heed what I’m seeing. Now hopefully, if my plants talk to each other in sci-fi fashion, it will be about how I’m trying my best to provide proper care!