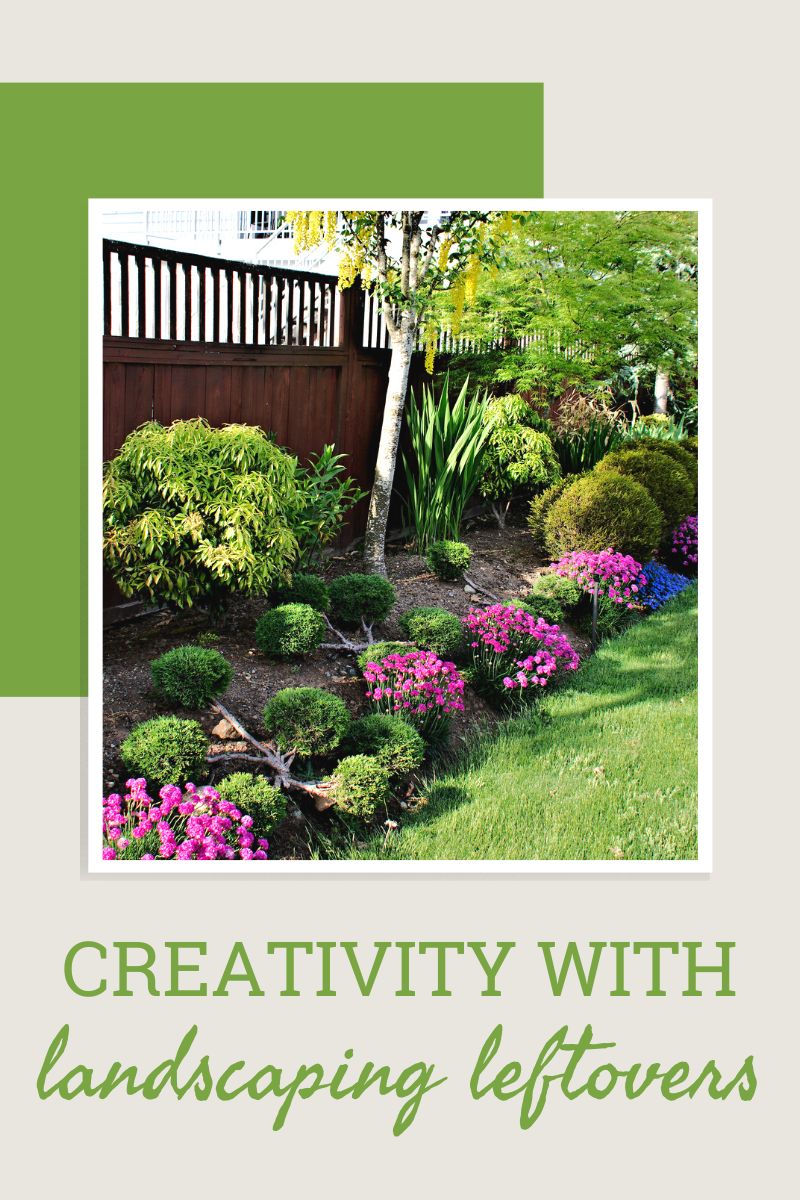 I love designing my own garden beds, and I get a lot of compliments on them too; but when it comes to designing gardens for others, I’d rather not. It isn’t so much that I don’t want to. It’s just that I have a particularly quirky personality and not everyone shares my creativity with landscaping. But that’s okay. I think gardens should reflect your own personal style or preferences.

Landscape Design Ideas for My Brother

Even though designing a garden for someone else may not be my thing, I don’t mind giving my opinions or advice. That being said, I did help my brother with landscape design ideas when he first moved into his new home, which included the plants and installation, plus cleanup.

Seems like eons ago now, but at the time I was a very enthusiastic gardener. This was back when I was still practically a newbie. I’d been gardening no more than five years. I was always trying new things in my landscape garden designs and breaking all the rules (I still do). But this wasn’t my garden, so I tried to be professional. I listened to what he wanted the overall feel to convey. I asked about plants he might like to include. He just said, “Do your thing.” Scary as that might be, which I know was in the back of his mind. I’m his sister, after all. If anyone knows my warped imagination, he does. I told him okay and proceeded to offer up suggestions. “Ooh, I think hostas would work along here, daylilies too, maybe some irises and then some”¦ blah, blah, blah.”

Once we worked out the initial planning stages and plant selections around his foundation, we walked around to the back of his house. Oh. My. Good. Lord. What a mess! The previous homeowner had an old dilapidated building that definitely needed to come down. The whole area surrounding it was nothing but overgrown weeds and a burn pile filled with black ash and stuff. By stuff, I mean anything and everything a person could think to toss out and burn that wasn’t burnable. We definitely had our job cut out for us as far as cleaning went. There was no way any type of garden was going back here until the area was clean and kept that way long enough for the soil contaminants to clear.

The building came down and we spent hours over the course of a week or so getting up all the debris and hauling it away. Our stepfather bush-hogged the backyard. Since it was obvious nothing should be planted right away, I offered my thoughts on things he could eventually plant once the ground was more hospitable. I told him all about compost, which he had plenty of space for, and how that was his best option to work the soil into something more suitable. Of course, there was no rush since we had no way of knowing what types of chemicals had leached into the soil. I advised him to eventually overseed the lawn with grass. I did not recommend chemicals of any kind.

Although in the end my brother wound up with a beautiful landscape, I became well aware that this was NOT anything I wished to do professionally. I’ll gladly stick to my own garden. I did, however, take something away from this experience by learning what’s involved with designing gardens for others and I was glad to have helped someone, even if it was my brother. (lol) I was also able to acquire a couple of mementos. As we were cleaning around the burn pile, my brother hollered at me. “Hey, Nikki, this looks like something you could use.” He had a smirky grin on his face and was laughing as he held an old rusty, and partially burned, cast iron skillet. I loved it! Snatching it from his hand, the heaviness of that pan nearly took me down. Sure wasn’t expecting that. “I’m taking this jewel home with me!” I proudly exclaimed. He just shook his head and said, “Go figure!” Not long after I had found another cool find, a piece of wood that resembled an old cutting board. “I’ll take this too.” And I did.

It’s in my nature to reuse everyday items and other “junk” somehow. That’s where my quirky creativity with landscaping design plays in. I’ve added many interesting objects to my garden at one point or another – a desk, drawers, purses, computer monitor, toys, boots, colander, tackle box, etc. This is why my brother laughed as he held that skillet in the air. He knows me well. I didn’t use the pan or cutting board in my garden, though. These were special. They were a reminder of my very first garden design project outside of my own. These were meant to be kept and enjoyed where I could see them every day, even if I moved, and I eventually did. Nearly 25 years later, they’re still hanging in my kitchen.